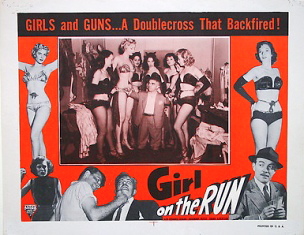 Girl on the Run is a 1953 cheapie that is included in Something Weird’s DVD boxed set Weird Noir. Whether it’s noir or not can perhaps be debated (it’s certainly noirish) but its weirdness is not matter of doubt.

A couple on the run hide out in a carnival. The carnival is run by Blake, a pint-sized midget with plenty of front. Bill Martin (Richard Coogan) has been framed for the murder of a man named Marsh, leader of a vice investigation. He and his girlfriend Janet (Rosemary Pettit) had been newspaper reporters covering the vice case and they got too close to the truth. They were framed by Clay Reeves (Harry Bannister), the corrupt local chief of police. 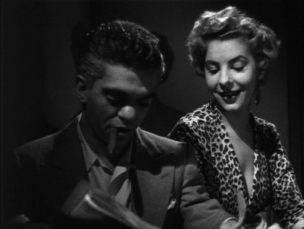 Blake and Reeves are old acquaintances, but they’re certainly not old friends. Blake was mixed up somehow in the vice racket that Marsh was investigating but his main object now is to collect enough dirt on Reeves to blackmail him.

Bill Martin and Janet had been heading for the carnival as part of their newspaper’s own investigation of the vice racket. Blake lets them hide out in the carnival. Blake is not exactly an honest citizen but he hates Reeves and he figures that anyone who is an enemy of Reeves is a friend of his. Besides, they might prove useful to him. Blake is more interested in feathering his own nest than in uncovering the truth. Bill and Janet can trust him, but only up to a point. Blake is playing his own game and the stakes are high, but that’s how Blake likes it. 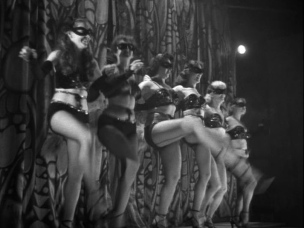 Also involved in these sordid goings-on is Lil, who looks after the girls in the carnival’s girl show. Lil knows more than she’s prepared to let on.

After showing up the carny’s boxer Martin is offered a job. They can’t always find a sucker prepared to go three rounds with their champ in the boxing show, so when no sucker steps forward Bill gets to do he honours (which is easy enough, since he was light-heavyweight champion of Princeton University). Janet gets a job in the girl show.

The local police are closing in on Bill and Janet but they find an unexpected ally, but can they evade capture long enough to make use of this unanticipated stroke of luck? 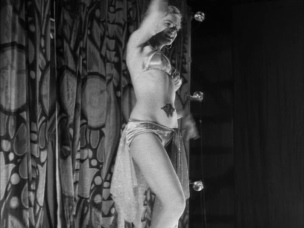 This is not by any stretch of the imagination a good film, but it is highly entertaining. You can’t lose with a carny background and this movie makes the most of its setting. Arthur J. Beckhard and Joseph Lee share the directing credit while Beckhard and Cedric Worth were the co-writers. The script is rough and ready but it’s nicely hardboiled and dripping with carny atmosphere.

The actor who portrays Blake certainly steals the movie. Blake might not be much more than three feet tall but he thinks he’s a big shot and he has no difficulty in convincing others that he is. He’s a delightfully cynical and colourful character, as is Lil. Harry Bannister isn’t much of an actor but he plays Reeves with plenty of menace. Richard Coogan and Rosemary Pettit are adequate as the hero and heroine. 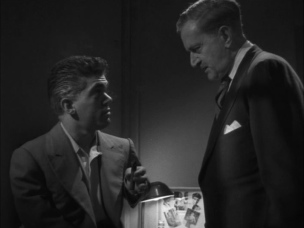 As so often Something Weird have managed to come up with an astonishingly good print of a very obscure movie. Sound quality is good throughout, there is very little print damage and the picture is sharp and clear. This movie is never going to make it to the Criterion Collection so this release is as good as it’s ever going to get for this movie, and happily it’s more than acceptable.

Girl on the Run fits the weird noir label perfectly. It’s more a Z-movie than a B-movie but it’s thoroughly enjoyable and if like me you love carny movies then you should have plenty of fun with this one. It might be technically a bad movie but it’s still highly recommended for its sheer effrontery, its considerable sleaze factor and its entertainment value.
Posted by dfordoom at 3:29 PM