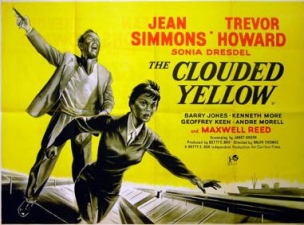 The Clouded Yellow, directed by Ralph Thomas and scripted by Janet Green, is a 1950 British thriller very much in the style (and deliberately so) of Hitchcock’s British thrillers.

David Somers (Trevor Howard) used to be a secret agent for British Intelligence, until he made one mistake and they decided to pension him off. Now he has found a job cataloguing a butterfly collection, of all things. Not that he has any interest in butterflies, but it sounds like a nice relaxing quiet job in the countryside and he’s rather looking forward to it. After all, you can’t get into too much trouble cataloguing butterflies. Or so he assumes. 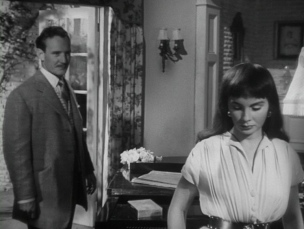 In fact it turns out that you can get into a great deal of trouble in such a job. The first sign that perhaps all is not quite right in this apparently peaceful country house is when his employer warns him to be careful of his wife’s niece, Sophie, because “she gets things all muddled.” Sophie (Jean Simmons) turns out to be even more disturbing than the warning would suggest since apart from being obviously troubled she is also young and beautiful. And lonely. And David Somers is lonely also. David feels sorry for her, tries to be friendly, and of course they fall in love.

There’s also the unsettling presence of the obviously villainous gamekeeper Hick, a man Sophie clearly dislikes and is afraid of. She is also afraid of her aunt, Jess (Sonia Dresdel). 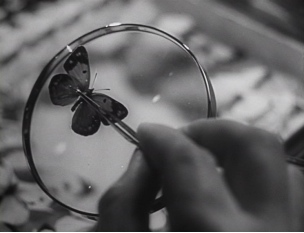 When Sophie finds herself accused of murder Somers finds himself drawn into the case. He is convinced of her innocence, and soon finds himself on the run with her. When British Intelligence sends a former colleague of his (played by Kenneth More) to hunt him down he has to use all his old skills to evade the pursuit.

There are several things that make this more than just a retread of The 39 Steps. One is the acting – Trevor Howard is superb, and Jean Simmons sparkles as the young woman accused of murder. The chemistry between these two is wonderful. Kenneth More gives an exceptionally likeable performance (as he always did). 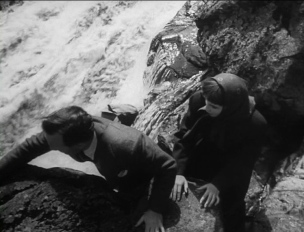 Geoffrey Unsworth’s superb cinematography is another major factor in this film’s favour, especially in the very effective and very exciting climax.

Director Ralph Thomas went on to have a long and varied career, encompassing everything from Dickens to light comedies to some of the best spy spoofs of the 60s. He was no auteur but he was always very reliable and in this film proves adept at suspense. 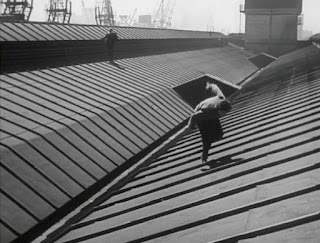 The Region 4 DVD is barebones but it’s a fine transfer. This movie is also available on a Region 2 DVD from Eureka.

The Clouded Yellow is an extremely well-made and very lively thriller offering suspense, romance, and some humour (mostly provided by Kenneth More). Very highly recommended.
Posted by dfordoom at 11:51 PM