Charlie Chan is to be guest of honour at a banquet in Shanghai, hosted by his old friend Sir Stanley Woodman. Before he arrives he receives a mysterious warning that his presence in the city could turn out to be unhealthy. At the banquet Sir Stanley is murdered by a booby-trap concealed in a box containing a scroll that was to be presented to Charlie.

The Commissioner of Police, Colonel Watkins, asks for Charlie’s help in solving this murder. Sir Stanley had made contact with an FBI agent but at this stage no-one knows the nature of his business with the FBI.

Suspicions fall on Sir Stanley’s secretary Philip Nash, who is engaged to Sir Stanley’s niece Diana. Nash certainly behaves in a manner likely to cause him to be suspected. Charlie discovers that an apparently innocuous message from Sir Stanley to Andrews (the FBI man) contained a secret message written in invisible ink. 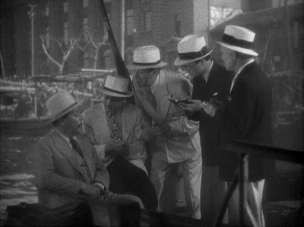 Charlie will uncover a hidden conspiracy involving opium smuggling. In the process of doing so he is kidnapped but thanks to quick thinking by his Number One Son Lee he escapes. The conspiracy involves a mysterious shadowy figure named Marloff.

The plot is a classic 1930s-era mystery with red herrings and ambiguous clues and a succession of clever plot twists.

When Earl Derr Biggers created the character of Charlie Chan, in his excellent 1925 novel The House Without a Key, his intention was to get away from stereotyped depictions of Asian characters by creating a Chinese hero who was both intelligent and honourable. The movies have often been accused of perpetuating the very stereotypes that Biggers wished to avoid, but the accusation is rather unfair. Of course there is comic relief in the movie - in the 1930s all Hollywood genre films, even horror movies, had to contain comic relief. In this case it’s provided by Number One Son Lee. Charlie Chan himself though is never portrayed as a figure of fun, and even Lee is in fact shown to be brave and resourceful. 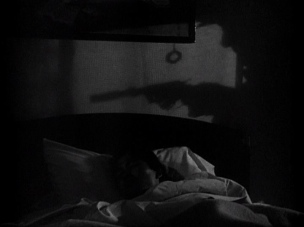 The Shanghai setting would have afforded the film-makers the opportunity to indulge in all kinds of Asian stereotyping but they refrain from doing so. None of the villains are Chinese.

The movies have also been accused of racial insensitivity by using a European actor to play Charlie Chan. But Warner Oland always claimed to be partly of Mongolian ancestry so as far as the studio was concerned they were using a part-Asian character to play the famous detective. And Oland’s performance is fairly restrained. It’s true that the bad guys often make the mistake of under-estimating Charlie because he’s a rather portly 60-year-old gentleman with a characteristically quaint way of expressing himself, but it’s clear that the audience is expected to see this as a sign of Charlie’s intelligence - having his adversaries under-estimate him provides him with a useful advantage. It’s really no different from the methods used by countless fictional detectives (Lord Peter Wimsey and Philo Vance come to mind) to gain an edge over their foes by exaggerating their own eccentricities. 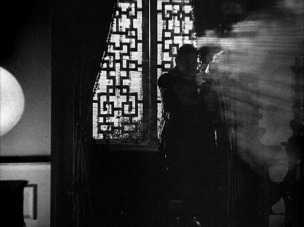 I’ve become very fond of Warner Oland’s performances in this role. He always seem to be vaguely amused when the villains make the mistake of not taking him seriously enough.

The support cast is competent. Director James Tinling spent most of his career making B-movies and does a solid job. 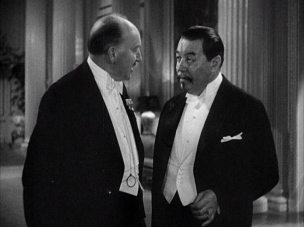 This movie is included in the first of Fox’s Charlie Chan boxed sets. They spent a considerable amount of money on restoration and while the picture quality is not as good as in some of their other DVD releases they’ve done their best with movies that had been in fairly bad shape. And the picture quality is more than acceptable, in fact it’s pretty good.

An entertaining B-movie from the golden age of Hollywood B-movies. Warmly recommended.
Posted by dfordoom at 10:41 AM