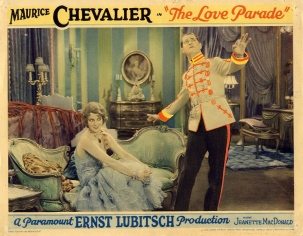 The Love Parade is one of four movies included in Criterion’s Eclipse Series boxed set of Ernst Lubitsch musicals. Made in 1929 for Paramount, The Love Parade is the earliest of the four. And it’s sheer delight.

The tiny central European kingdom of Sylvania is ruled by Queen Louise (Jeanette MacDonald). The queen is unmarried, a situation that has caused considerable concern to her councillors. Many suitors have been put forward, but all have been rejected by the queen.

Count Alfred Renard (Maurice Chevalier) is attached to the embassy of Sylvania in Paris. The count has acclimatised himself rather too well to life in Paris. He has been at the centre of a series of scandalous affairs, all of them involving beautiful young ladies. Now Count Alfred has been recalled to Sylvania in disgrace. He has been ordered to report to the queen in person to await her decision on a suitable punishment. The queen ultimately decides that his punishment will be to be constantly by her side. It is obvious that he has won Queen Louise’s heart and that he is equally smitten. 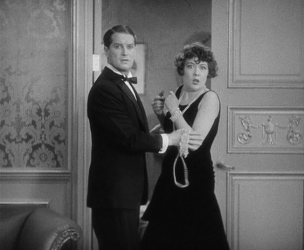 It is not long before their marriage is announced. Count Alfred will be the Prince Consort. He soon discovers that this impressive-sounding title is in fact attached to a position that requires him to do nothing at all apart from being the queen’s faithful husband. Inevitably he finds himself bored by his lack of meaningful duties and irked by the fact that he has no powers at all, not even over his wife. The marriage proves to be less than successful.

Meanwhile Count Alfred’s faithful servant Jacques (Lupino Lane) has been courting Lulu (Lillian Roth). Jacques discovers that life as a commoner is far less complicated than the lives of queens and prince consorts, a discovery that Count Alfred is also making.

The fact that Queen Louise and her Prince Consort are drifting apart causes great consternation among the queen’s numerous band of councillors. But can the royal marriage be saved? Since this is a musical there are no prizes for guessing the answer. 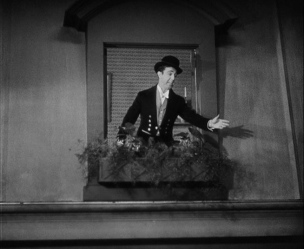 While this is certainly a musical Lubitsch is also able to make it a delightful and witty marital comedy.

The music is rather different from that featured in most Hollywood musicals of the period (being much less jazz-influenced than was usual), and indeed the structure of the movie is rather different as well. This is more of an operetta  than a standard musical. The music is however is just as appealing and just as wonderful as everything else in this movie. Dream Lover and My Love Parade are terrific songs. 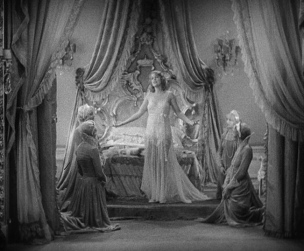 I had no idea that Maurice Chevalier had once been young. But young he certainly is. He turns the charm up to full volume, to an extent that could easily have become irritating but fortunately isn’t. This is the movie that made Jeanette MacDonald a star and it’s not difficult to see why. She’s a great singer and as an actress she’s sexy, playful and utterly enchanting. Chevalier and MacDonald have perfect chemistry.

Lupino Lane and Lillian Roth provide the comic relief, and thankfully they don’t overdo it. They work superbly together and they are genuinely funny. That’s not to say that Chevalier and MacDonald don’t get plenty of opportunities to be amusing - they do and a fine job they make of it. 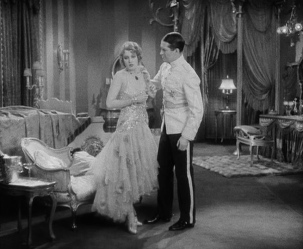 Picture quality on this disc is very disappointing. Anyone who thinks that because it is from Criterion they’re going to get an immaculately restored pristine print will have their hopes dashed. The picture is very grainy and flickery and there is considerable print damage. It’s better than Alpha Video quality but not much better. The source print was undoubtedly in very poor condition and sadly this is probably going to be the best transfer we’re ever going to get.

Luckily The Love Parade is such a gloriously frothy and delightful confection that you will soon find yourself not noticing the imperfections of the print. This is one of the most delectable musicals I’ve ever seen. It’s an absolute must-watch for fans of musicals or for fans of Lubitsch. This is the famed Lubitsch Touch at its best. Highly recommended.
Posted by dfordoom at 5:42 PM