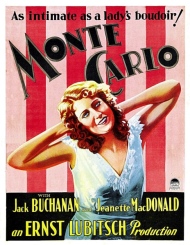 Monte Carlo is the second of the four Ernst Lubitsch musicals included in Criterion’s Eclipse Series 8: Lubitsch Musicals boxed set. Made at Paramount in 1930 this one doesn’t quite compare to the delights of Lubitsch’s The Love Parade but it’s still highly enjoyable.

Jeanette MacDonald stars once again but this time she’s paired with Jack Buchanan.

MacDonald is the Countess Helene Mara. As the movie opens she’s just walked out on her planned wedding to Prince Otto von Liebenheim. Prince Otto is a pompous and rather ridiculous figure so we’re not entirely surprised but it does leave the countess with a problem. She is almost penniless. On a whim she heads to Monte Carlo with grandiose plans to make a killing at the casino and to convert her last 10,000 francs into a fortune.

Meanwhile she has caught the eye of the handsome, debonair but over-confident Count Rudolph Falliere (Jack Buchanan). Count Rudolph considers himself to be an expert where women are concerned but all his efforts to make the acquaintance of Countess Helene end in failure. He then strikes up a conversation with the countess’s hairdresser and this gives him a brilliant idea. He will pose as a hairdresser in order to get near the countess, who will of course then fall madly in love with him. What could go wrong? 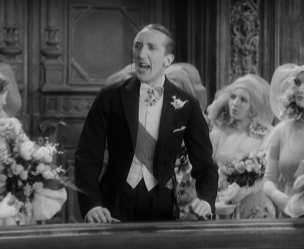 While the countess is obviously attracted to her new hairdresser it turns out that Count Rudolph has made a miscalculation. Countesses do not fall in love with hairdressers. Not even penniless countesses. And penniless is what she now is, her plans for instant riches at the casino having failed spectacularly.

Count Rudolph presses his suit as energetically as he can but whenever it seems that the countess really has fallen for him she seems to change her mind. Of course he is not deterred and we have little doubt he will eventually succeed. 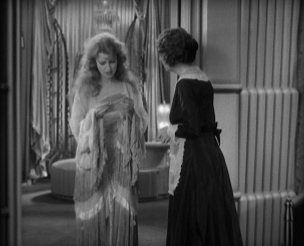 Even for a musical it’s a rather thin plot. Unfortunately there are other problems as well. While Maurice Chevalier proved to be an ideal leading man for Jeanette MacDonald in The Love Parade Jack Buchanan is unable to kindle the same chemistry with her. His performance as a whole is just not quite right for the Lubitsch style of musical. Lubitsch’s musicals do have a somewhat European feel to them and a brash American leading man who might have been perfect in a typical Hollywood musical isn’t quite what is required here.

MacDonald though is excellent and almost manages to carry the movie on her own. Which is just as well since that’s pretty much what she has to do. She does get some good support from Zasu Pitts as her maid. Claud Allister provides most of the movie’s laughs as the absurd Prince Otto. 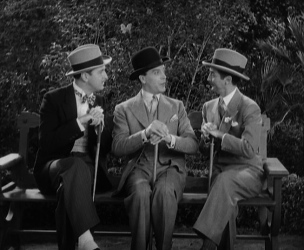 The music compares rather unfavourably with The Love Parade although Blue Horizon is a great song and the telephone duet between Countess Helene and Rudolph is a clever idea executed extremely well.

The opening scene in the rain is the best in the movie with Lubitsch wittily demonstrating his magic. The spinning umbrellas are a lovely touch. 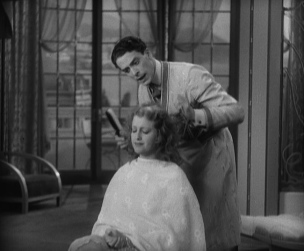 At 90 minutes this movie does drag a little at times. The plot is too thin to keep us interested. That shouldn’t matter in a musical but the best musical moments in this movie come early on and the later songs aren’t memorable enough to compensate for the threadbare plot.

The DVD transfer is not exceptional but it’s mostly acceptable although it’s very grainy at times. There are no extras.