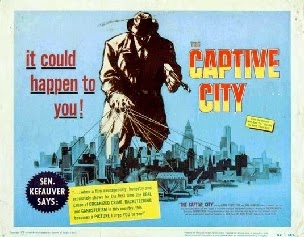 The Captive City is an unassuming but efficient crime B-movie directed by the always reliable Robert Wise.

This film belongs to a type that became very popular in the 50s - exposés of organised crime in small-town settings, with the message that the tentacles of mobsterism can reach into even the most seemingly idyllic small town.

Jim Austin (John Forsythe) is the publisher and editor of the Kennington Journal. There’s really not a lot of opportunity for doing hard news stories in a sleepy and peaceful town of 36,000 souls like Kennington. When a big story falls into his lap he doesn’t recognise it for what it is. A down-at-heel private investigator comes to him with a story of corruption and gangsterism but Jim Austin just can’t believe that such things could happen in his town. When the private investigator is murdered Jim realises how naïve he’d been.

Jim Austin is not by nature the sort of guy who would ever set out to be a crusader but his basic decency won’t allow him to let the story go, and in his own quiet way he can be remarkably stubborn. 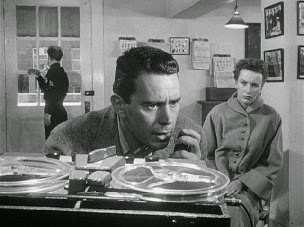 The movie uses a few classic film noir techniques, like flash-backs and voiceover narration. In fact almost the entire film is a single flash-back as Jim Austin dictates his story into a tape-recorder, believing he may be murdered at any time.

The problem in Kennington is gambling. The city authorities have taken a soft approach to gambling, the assumption being that small-scale gambling is pretty harmless. The trouble is that gambling attracts racketeers and the book-making racket in Kennington is now in the hands of big-time mobsters from out of town.

Jim Austin’s problem is that he just can’t convince anyone that this represents a serious menace. Even the honest folk in Kennington would prefer him to let sleeping dogs lie. They have persuaded themselves that crime will never impact on them personally. The more Jim Austin digs the more evidence he finds but it’s not enough to convict anyone in a court of law and he faces steadily mounting opposition. He has to find real evidence, and then he has to find a way to stay alive long enough to do something with that evidence. 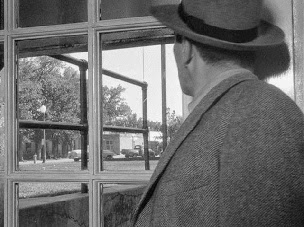 John Forsythe’s low-key acting style suits the material rather well. Jim Austin really is a very ordinary guy. He’s no storybook hero and he’s certainly no two-fisted gun-toting action hero, and Forsythe wisely doesn’t try to be hard-boiled. His very ordinariness makes us empathise with him. The other players are competent although the lack of a memorable villain may be seen as a drawback.

If there’s a weakness in this movie it’s paradoxically the flipside of its biggest strength. The whole point of the movie is that gangsterism can be lurking behind an innocent façade of white picket fences and well-manicured lawns, but the concentration on the peaceful surface of Kennington means that the menace remains somewhat muted. On the other hand it does mean that the violence, which is employed sparingly, has an impact when it does occur. 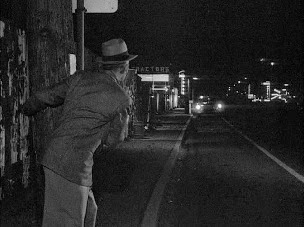 Robert Wise was never a particularly ostentatious director which can mean that his considerable technical skills are sometimes overlooked. He knew his stuff and in this movie he had the services of ace cinematographer Lee Garmes. Wise and Garmes make great use of compositions in depth, with the camera getting in really tight on the hero while the real action is happening in the background. This has the advantage of emphasising the fact that Austin is man who has always been rather detached from the seamy side of life.

Having been an editor (and a very good one) Wise knows how to pace a movie and he has no difficulty keeping the audience’s interest focused. His forays into film noir were not extensive but they were very impressive with The Set-Up being particularly noteworthy. 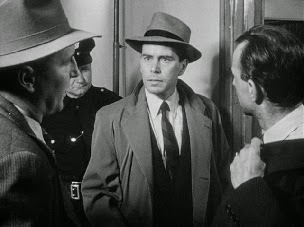 Wise also knows how to build tension, and how to do it subtly. Jim Austin finds himself shadowed by dark cars. They’re not doing anything overtly threatening, just hanging back but making sure he sees them. Maybe they’re not even following him, but they could be and he becomes more and more convinced that they are.

The movie’s claims to noir status are not especially strong although the theme of hidden corruption does lend a somewhat noir aspect to the movie.

The Captive City has been released in the MGM Limited Edition series. The transfer is quite satisfactory. There are no extras.

The Captive City is a fairly routine story but Robert Wise’s craftsman ship shines through and makes it just a little more than a run-of-the-mill crime B-picture. Recommended.
Posted by dfordoom at 6:00 PM