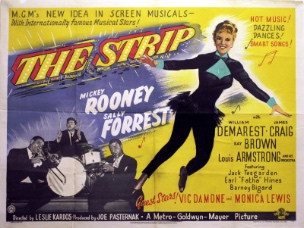 The Strip is an all-singing all-dancing glossy 1951 MGM film noir. If your first thought is that a film noir musical just isn’t going to work then you’d be at least partly correct. It doesn’t quite work, but it’s by no means a total loss.

It starts in classic film noir style with a guy picked up by the police as a suspect in a murder. He then tells his story in an extended flashback.

Stanley Maxton (Mickey Rooney) had cracked up during his Korean War service but he recovers to be discharged and heads off to LA hoping to resuscitate his career as a musician. Two chance encounters in cars will change his life forever.

Firstly he meets Sonny Johnson (James Craig) when Johnson’s car accidentally runs him off the road. Sonny is very apologetic and not only offers to replace Stanley’s drum kit which was smashed in the accident, he also offers him a job. An extremely well-paid job. Sonny is a businessman. His business is not exactly legal. In fact it’s totally illegal. Stanley doesn’t mind that. The pay is good and he’s anxious to earn as much money as he can as quickly as possible so he can buy a club of his own. Stanley’s willingness to accept a job that he knows is illegal is his first step on the road to ruin. He just doesn’t quite have the moral fibre to say no to easy money. 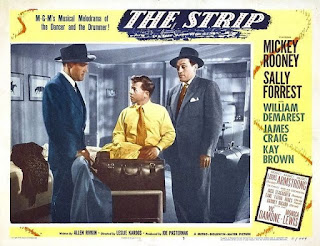 The second encounter is much more disastrous. He meets Jane Tafford (Sally Forrest). Jane is as cute as a button but this girl raises so many red flags that you have to wonder how any man with a lick of sense would get mixed up with her. Jane wants to be a movie star. That is all she wants out of life. Nothing else matters. She has tried to make it on the strength of her rather slight talents and hasn’t made it. Now she’s decided that she is going to make it, no matter what she has to do in order to do so. If it means sleeping her way to the top that’s no problem. To Jane men are just a means to an end, and the end is to make Jane Tafford a star.

Night-club owner Fluff (William Demarest) tries to warn Stanley about her but Stanley isn’t listening. He’s in love. He’s busy day-dreaming about buying a little house and enjoying married bliss with Jane and he’s wondering how many kids they should have. Jane is doing what she always does. She is deciding how useful Stanley can be to her career. The answer is, not very useful at all. Sonny on the other hand could be very useful to her. 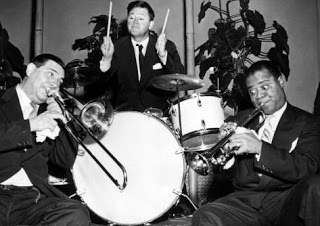 It has to be said that Stanley is not very bright. He’s well-meaning and he’s a decent guy and he would obviously make a very good husband for some nice girl. Unfortunately Jane is not a nice girl. She’s a scheming tramp. Even though this is painfully obvious Stanley is determined not to see it.

Mickey Rooney made several forays into the film noir genre and he actually makes a very good noir protagonist. Rooney could be a fine actor when he put his mind to it, and when he was given the opportunity. Sally Forrest gets the femme fatale role but this is an MGM movie and it’s a musical so she can’t go over-the-top with the standard femme fatale stuff. She has to be a femme fatale but a wholesome femme fatale. In some ways this actually works quite well. It makes her cynicism more shocking and it makes her much more dangerous. How could a girl who looks so darned cute be a bad girl? Overall Sally Forrest does a decent job of acting here. 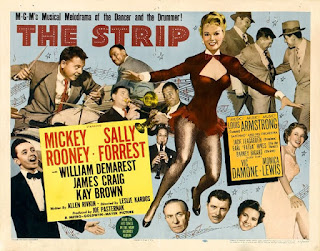 James Craig does well as the charming but unscrupulous Sonny, a classic noir bad guy who is menacing without being a mere thug.

So far I’ve talked about the film noir angle, but this is also a fully-fledged musical with lots of musical numbers. They’re integrated reasonably well with the main plot and after all it’s not unusual for film noir to deal with the worlds of show business, night-clubs and music so it does make some sense to have musical interludes. There are however just too many musical numbers and they slow down the plot to an extraordinary degree.

On the other hand the music is pretty good, which you’d expect when you’ve got musicians like Louis Armstrong, Earl Hines and Jack Teagarden in the cast. 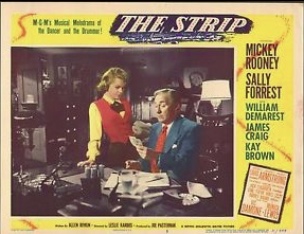 László Kardos directed and he was clearly hamstrung by the need to combine what were essentially two incompatible genres. It’s a problem he was unable to solve.

This movie was shot in black-and-white which helps its noir credentials a little but there’s really not much in the way of genuine noir visual styling or atmosphere. On the other hand it does capture the seedy glamorous night-club feel pretty well (with some good location shooting in actual night-clubs as well).

The Strip is an odd hybrid and it’s more successful than you might anticipate. It has a decent film noir plot with a couple of good twists. It’s also closer to genuine noir than you’d expect from an MGM production. It’s interesting enough to earn a highly recommended rating.
Posted by dfordoom at 6:15 PM