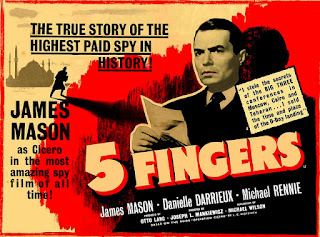 20th Century Fox’s Five Fingers is a 1952 spy thriller directed by Joseph L. Mankiewicz and based on the exploits of the famous real-life spy code-named Cicero. It was based on a book by L.C. Moyzisch who was in fact the man who recruited and ran Cicero. The case was a major embarrassment to the British but also, in a rather deliciously ironic manner, to the Germans as well.

The script is credited to Michael Wilson but was apparently entirely rewritten by Mankiewicz.

In March 1944 L.C. Moyzisch (Oskar Kollweis), the German Millitary Attaché at their embassy in Turkey, is approached by a rather persuasive man with an extraordinary offer. He will sell British secrets to the Germans. Not just any secrets, but incredibly important ultra-sensitive material. 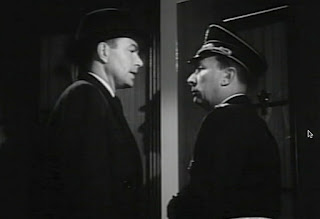 The man is Ulysses Diello (James Mason) and he is the valet to the British Ambassador. A mere valet would not normally have access to top-secret documents but due to some astonishing security lapses he is able to get his hands on every important document in the British Embassy. And being a mere valet no-one suspects him of being a spy.

The problem for the Germans is that Cicero is supplying them with such high-level material that they have no means of verifying that any of it is genuine. Both Moyzisch and the Gernan Ambassador, Count Franz Von Papen (John Wengraf), are convinced the documents are genuine but the Gestapo are concerned by the possibility that Cicero is a British double agent feeding the Germans false intelligence. 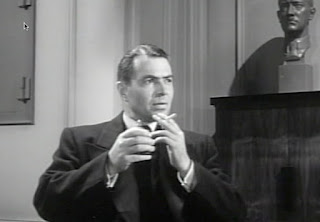 The key to the movie is that in the world of espionage no-one can ever be sure they are not being double-crossed. The Germans have no way of being sure that Cicero is not really a British agent but on the other hand they have no way of being sure he isn’t exactly what he seems to be, a traitor selling genuine secrets. So they now have a treasure trove of vital British secrets which may be genuine or may be fake. It is dangerous to be too trusting but it is equally dangerous to be too suspicious.

Diello has an arrangement with a beautiful Polish exile, Countess Anna Staviska (Danielle Darrieux). He needs her as a cover and she needs the money that he gives her. It’s a professional relationship but with the possibility of becoming something more personal. He may be in love with her and she may be in love with him but in the world of the spy no-one can really be sure of anything. 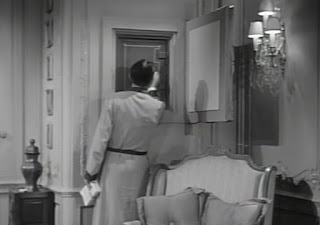 The British eventually figure out that have a very serious security leak and counter-intelligence man Colin Travers (Michael Rennie) is dispatched to the embassy at Ankara to find that leak and the German spy responsible for it but he is not convinced that there really is a spy. There never are any certainties in the world of espionage.

The Germans have also sent a senior intelligence man to Ankara to investigate Cicero’s bona fides. Colonel von Richter of the Gestapo (Herbert Berghof) is suspicious of Cicero right from the start. So Cicero is a spy being investigated by both his friends and his enemies, although of course a spy really has no friends. 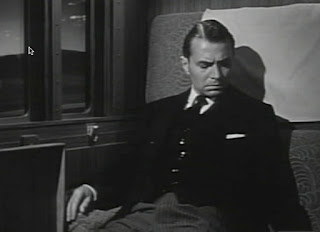 The supporting players are uniformly excellent but this picture belongs to James Mason. His performance is crucial. Diello is a traitor and he’s turned traitor for money but somehow Mason has to make him sympathetic enough for the audience to want him to be caught and at the same time to want him to get away with it. Mason does this with ease. His Diello is treacherous and unscrupulous but he’s also brave and daring and charming and witty.

This is a very low-key spy thriller. Mankiewicz was not exactly renowned as an action director and his style is straightforward and perhaps a little prosaic. There’s no question that a Hitchcock given this material would have produced a much more exciting and stylish action thriller. But to be fair to Mankiewicz, that’s not the sort of film he was trying to make. He was more interested in making a slightly cerebral and witty spy thriller with an emphasis on the paranoid psychology of the world of spies. And judged by those criteria Five Fingers works very well indeed. And the ending gives us a whole series of delicious ironic twists. Highly recommended.
Posted by dfordoom at 1:25 PM