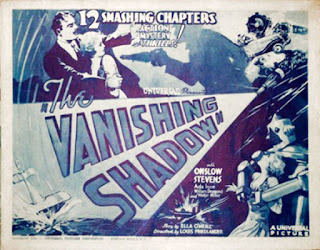 The Vanishing Shadow is a 1934 Universal serial.

Young Stanley Stanfield (Onslow Stevens) has inherited a newspaper but his two passions in life are inventing and planning to get revenge on Wade Barnett (Walter Miller), whom he blames for his father’s death. When he meets Barnett’s daughter (played by Ada Ince), who calls herself Gloria Grant, he’s inclined to hate her until he discovers that she doesn’t like her old man either. After that you figure it’s a safe bet they’re going to fall in love.

But let’s for a moment return to the subject of inventing. What Stanfield is working on is an invisibility ray. He’s having a few problems so he enlists the help of an older genius inventor, Professor Carl van Dorn (James Durkin), who just happens to be working on an invisibly ray as well. The problem both men are having is with shadows. They can make a man disappear but they can’t make his shadow disappear. 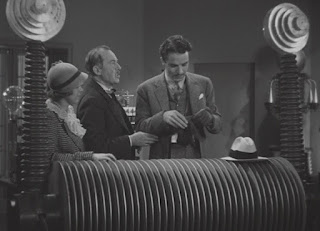 The Professor is working on some other inventions as well. He’s a kindly middle-aged man but he’s developing a death ray, which puzzles Stanley somewhat. The Professor assures him that the death ray will be used only for good although how you can use a death ray for good remains an enigma.

Professor van Dorn has a whole bunch of other gadgets he’s invented as well. One cute thing about this serial is that while Stanley likes and admires van Dorn he’s slightly disturbed (as we the audience are) by the sheer murderousness of his gadgets, and by the Professor’s apparent willingness to use them. In fact, his keenness to use them.

Of course Wade Barnett has plans of his own and those plans are definitely not going to be to Stanley’s advantage. He frames Stanley for murder. All this happened early in the first episode so I’m not giving away any spoilers. 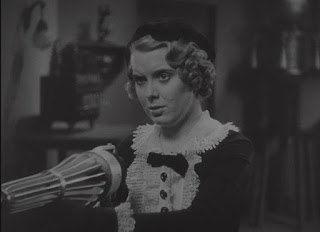 The problem with invisibility is that it makes anyone who possesses the secret too invulnerable so it was a nice idea that this ray leaves you with a shadow so you’re not completely invulnerable after all. And the shadow adds a very slight touch of spookiness.

You might be wondering about the robot. He’s featured in the opening sequence of each chapter but he takes a long time to put in an appearance. But don’t worry, the robot does have a part to play. And he’s like all the Professor’s inventions - the Professor claims that he has lots of peaceful applications but he seems like he’s mostly designed to break things.

There’s a bit more depth to the characters here than you expect in a serial. I’ve already mentioned Professor van Dorn’s combination of kindliness and murderousness. There’s also Wade Barnett. He’s the chief villain and he’s certainly ruthless and immoral, but on the other hand he genuinely loves his daughter. 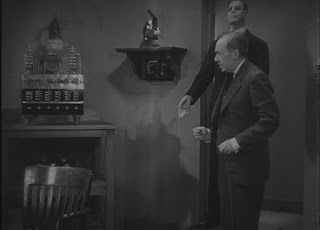 Gloria is interestingly conflicted. She loves Stanley and she’s thrown in her lot with him. She strongly disapproves of her father. But he’s still her father and she still loves him.

Even Dorgan, Barnett’s chief henchman and an unscrupulous thug, shows in one scene where he discovers something he didn’t know about Barnett that he’s capable of understanding and respecting normal human emotions. He’s a hoodlum but he’s not quite a mere monster.


The acting is slightly more nuanced that usual as well. Walter Miller as Wade Barnett is especially good. He’s a bad guy but he has what seem to be occasional flashes of conscience, and Miller makes them convincing. James Durkin is great as Professor van Dorn he’s disturbingly manic and obsessed. 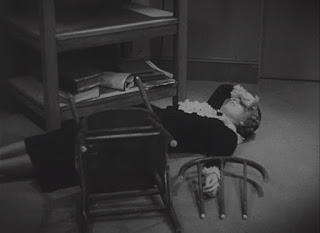 Even the ending is slightly more complex than you might expect.

Interestingly this was regarded for some time as a lost serial.

The Vanishing Shadow is an above average serial with a nice mix of science fiction and crime thriller elements. And the science fiction elements are not just tacked on but integrated into the plot. The special effects are also quite effective. Highly recommended.
Posted by dfordoom at 10:52 PM