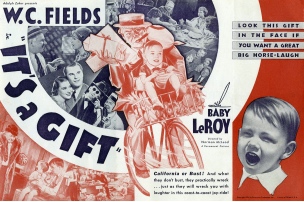 Made at Paramount in 1934 It’s a Gift is another delightful W. C. Fields comedy.

When W. C. Fields wasn’t playing a con-man he was usually playing a hen-pecked husband and Harold Bissonette is about as hen-pecked as a husband can be.

Harold runs a grocery store but he is prone to getting involved in outlandish get-rich-quick schemes, much to the fury of his wife Amelia (Kathleen Howard). Harold now has his heart set on buying an orange grove in California. Amelia has made it clear that she will not stand for this but Harold has learnt that the best way to deal with such situations is to tell her nothing but go on with his plans. 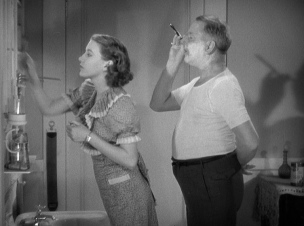 Harold’s daughter Mildred (Jean Rouverol) doesn’t want to go to California because that would mean leaving her boyfriend. His son Norman (Tommy Bupp) is on his side but he has a tendency to talk too much and reveal Harold’s plans.

The Bissonettes are waiting for Harold’s Uncle Bean to die and leave Harold a substantial legacy. In fact he stands to inherit enough money to buy that orange ranch, which is just what Amelia is worried about. She’s determined to keep an eye on Harold. Harold is equally determined that he’s going to grow oranges in California. 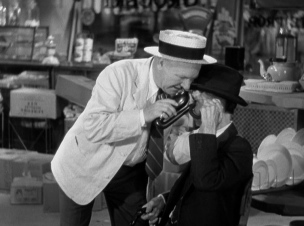 Mildred’s boyfriend is a real estate agent and he’s the one trying to sell the orange ranch to Harold. When he finds out that the ranch is worthless he tries to tell Harold not to go through with the deal but Harold won’t listen. Sure enough when they get to California they find that Harold has bought a dilapidated shack and a patch of weed-choked wasteland. It seems that Harold has done it again, that another of his get-rich-quick schemes has ended in disaster and that this time he’s going to be in more trouble with Amelia than ever before.  But fate is about to step in, in a most unexpected way.

Fields is in splendid form. His genius consisted in the fact that he was equally strong at both verbal and visual humour and he had a knack for coming up with stories (most of his movies being based on his own stories) that displayed his comic gifts to perfection. Kathleen Howard is wonderful as the incredibly domineering and thoroughly formidable Amelia. 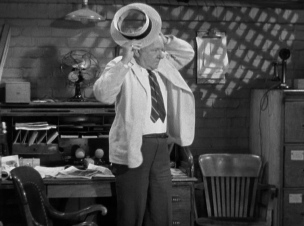 This movie features some absolutely superb comic set-pieces. The sequence involving the blind man (played by Charles Sellon) creating havoc in Harold’s grocery store is superlative. There’s also a terrific scene where Harold tries to get some sleep on the porch. It’s both extremely funny and extremely clever, being shot in such a way that we see the action on all three floors of the apartment building where the Bissonettes reside.

While Harold is often the victim in this movie the humour (unlike so much of the comedy of today) never seems truly cruel. No matter how bad things get for Harold we always have the sneaking feeling that somehow he’ll come out on top. The gags come thick and fast and there’s not a minute of the 68-minute running time that doesn’t include at least one laugh. 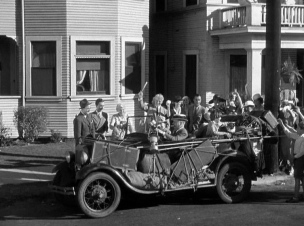 There are those who prefer Fields in con-man roles rather than in hen-pecked husband mode but personally I think he’s equally funny either way.

This is one of the 17 W. C. Fields movies in Universal’s sensational value-for-money W. C. Fields Movie Collection boxed set. The transfer is more than satisfactory.

It’s a Gift really is a gift - a gift for the viewer. It’s an opportunity to see one of the greatest cinematic comics of all time at the peak of his form. That’s an opportunity not to be missed. Highly recommended.
Posted by dfordoom at 6:28 PM