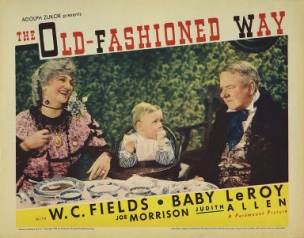 The Old Fashioned Way, released by Paramount in 1934, sees W. C. Fields perfectly cast as The Great McGonigle, the actor-manager of a travelling theatre troupe. The troupe is always just one step ahead of its creditors but McGonigle knows a thousand ways to avoid paying his bills.

The troupe arrives in a small town where McGonigle discovers that the Widow Pepperday (Jan Duggan) is the town’s richest inhabitant. And she’s stage-struck. This is too good an opportunity to miss so McGonigle romances her and promises to put her in the play. But first she has to sing for him thus setting up one of the film’s funniest scenes (suffice to say that Cleopatra Pepperday’s enthusiasm for music far outweighs her talent). 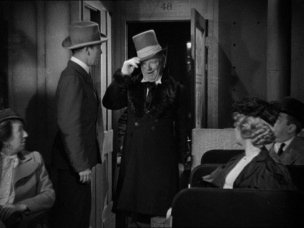 McGonigle’s daughter Betty (Judith Allen) has problems of her own, with the lovesick young Wally Livingston following her (and the troupe) from town to town. Wally is both lovesick and stage-struck. His father is a wealthy and very respectable businessman who certainly doesn’t want his son throwing away his future by going on the stage. Wally however is determined to be an actor and is equally determined to win Betty’s heart. His father arrives on the scene and his expected confrontation with Betty McGonigle has an unexpected conclusion.

The Great McGonigle is kept busy rehearsing his troupe while trying to stay out of the clutches of the town’s sheriff (who loves Cleopatra Pepperday and thinks McGonigle is trying to steal his girl) and also trying to avoid the attentions of the sheriff of the town the troupe has just left (who wants McGonigle to pay the debts he ran up there). 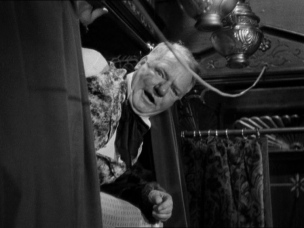 Fields provided the story himself (which was turned into a screenplay by Garnett Weston and Jack Cunningham) and it undoubtedly draws on his own experiences as a travelling performer. Fields even gets to do his juggling act, including the cigar box-juggling routine from his own vaudeville days, and this is one of the film’s highlights.

Fields is delightfully funny, of course, but towards the end he gets a chance to show his serious acting chops as well in some surprisingly moving scenes. He gets good support from the rest of the cast with Cleopatra Pepperday’s apparently never-ending rendition of The Seashell Song being another comic highlight. 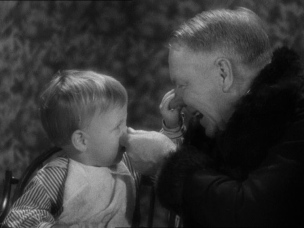 Fields was always at his best playing a con artist of some kind or other and The Great McGonigle is one of his best creations. He’s as dishonest as they come and we love him for it.

Director William "One-Shot" Beaudine got his nickname from his extreme reluctance to do retakes and his ability to crank out B-pictures at an astonishing rate (he has 371 directing credits on the IMDb). When you’ve got W. C. Fields in full flight the last thing you need is a director trying to be clever. All you need to do is point the camera at Fields and keep it in focus. Beaudine was certainly capable of doing that.

The movie includes a play-within-a-movie as The Great McGonigle and his troupe stage an outrageous melodrama for the locals. The play, The Drunkard, gives Fields the opportunity to strut his stuff as a melodrama villain. 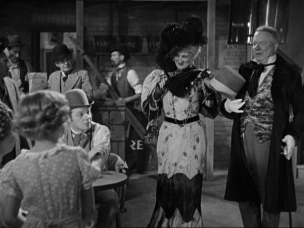 This is one of 17 (yes, 17!) W. C. Fields movies included in Universal’s outstanding value-for-money W. C. Fields Movie Collection boxed set. The transfer is quite satisfactory.

The Old Fashioned Way is not just a treat for fans of this outstanding comic genius but also a joy for anyone who loves movie homages to the great lost days of show business. Highly recommended.
Posted by dfordoom at 12:21 AM