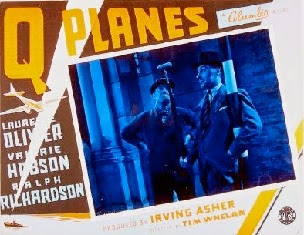 Q Planes (released in the US as Clouds Over Europe) is an uneasy but highly diverting 1939 British mixture of spy thriller, science fiction and comedy.

It’s not all that surprising when one top-secret advanced experimental aircraft disappears but when half a dozen vanish in quick succession Major Hammond (Ralph Richardson) of the British intelligence agency DI5 smells a rat. The trouble is he can’t convince his superiors that something suspicious is going on. He also can’t convince aeroplane manufacturer Barrett (George Merritt) that he might have a security problem.

McVane suspects that the new waitress at the works canteen, Kay Lawrence (Valerie Hobson), may be involved. In fact she’s just a reporter looking for a story. She also happens to be Major Hammond’s sister. 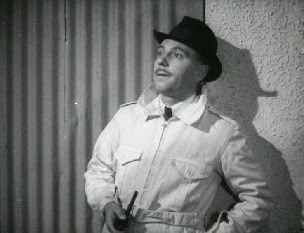 Kay and McVane clash angrily over her intrusive reporting. In a romantic comedy that of course means that they will eventually realise they’re madly in love, after the obligatory sequence of misunderstandings and arguments.

Major Hammond has no doubt that someone at the aircraft factory is involved in the vanishing planes mystery but finding the evidence isn’t easy. He has a few leads but they seem to lead nowhere until he discovers some curious coincidences relating to a salvage ship. The next test flight is imminent and this time Tony McVane, with whom he has struck up a friendship, will be the pilot. 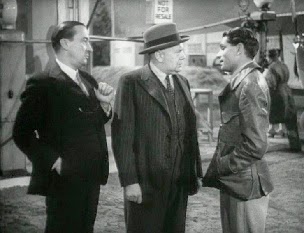 The science fiction angle in the film comes from the method the spy ring is using to make the aircraft vanish - they are using a death ray! Well not quite a death ray, but something rather similar. That there is a spy ring will come as no surprise. 1939 being a rather tense historical moment the spies are not actually identified as Nazis but the audience will have few doubts that they are in fact Nazis.

The plot provides the makings of a fun spy thriller but at times it’s played that way and at other times it’s played purely for comedy value. Fortunately Ralph Richardson’s considerable comic gifts allow him to move easily between the comic elements and the thriller elements. Laurence Olivier seems slightly less comfortable, slightly less sure how to play his role. 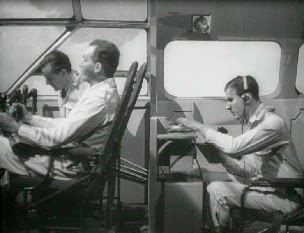 Valerie Hobson makes an engaging heroine, feisty without being irritating.

Q Planes has enough action, and enough aerial sequences, to keep things interesting. The shipboard mad scientist’s laboratory is a major highlight. For a generally lightweight movie the body count is surprisingly high especially when Olivier cuts loose with a Vickers medium machine-gun.

The comic elements are sometimes a little jarring and do tend to interrupt the action a little but the important thing is that they do provide some genuine laughs, thanks largely to Ralph Richardson. 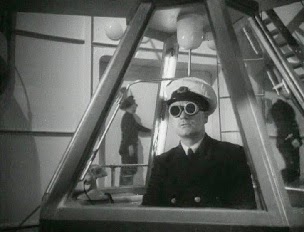 The Region 4 DVD pairs this movie with another Laurence Olivier comedy, The divorce of Lady X. The transfer for Q Planes looks pretty good. There are no extras but you do get two movies on the disc so it represents excellent value.

Q Planes is a fun romp of a movie in its own light-hearted way. Highly recommended.