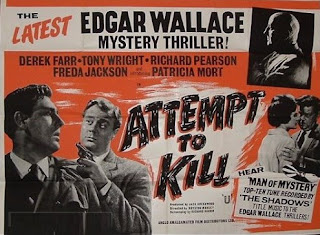 Attempt to Kill, dating from 1961, is another of the B-movies based on Edgar Wallace’s stories made on a kind of production line by Britain’s Merton Park Studios at the beginning of the 1960s. It was based on Wallace’s 1929 novel The Lone House Mystery. It’s a fairly routine murder mystery B-picture.

Someone is trying to kill middle-aged businessman Frank Weyman (Richard Pearson). Weyman is a ruthless business operator (having made a fortune out of selling war surplus goods) so he certainly has enemies. He also has a jealous and embittered wife who refuses to give him a divorce so he can marry his secretary Elisabeth Gray (Patricia Mort). 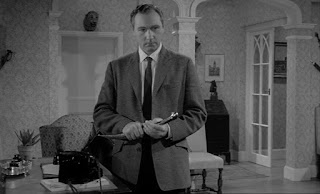 The most likely suspect is Fraser (Denis Holmes) who had been Weyman’s personal assistant until he was fired a couple of days earlier. He was fired for taking too much interest in Miss Gray so he appears to have multiple motives but as Detective Inspector Minter (Derek Farr) soon discovers things are not quite that simple. Another complicating factor is that Weyman’s friend Gerry Hamilton (Tony Wright) is also rather interested in the popular Miss Gray.

Fraser seems to have been up to something illegal or at least unsavoury. There’s way too much money in his bank account for a man on his income. It’s also apparent that Fraser’s new employer Mr Elliott (J.G. Devlin) has good reason to dislike Weyman but Elliott is confined to a wheelchair which seems to disqualify him as a suspect. Murder does soon strike, but not in the way that might have been expected. 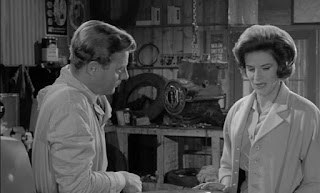 These were low-budget movies but they were made by people who knew their business. These films were cheap but not shoddy. Director Royston Morley worked mainly in television, and 1950s live television is probably not a bad background if you’re going to make inexpensive B-features.

Attempt to Kill doesn’t have much action, apart from a reasonably effective set-piece involving a speedboat. 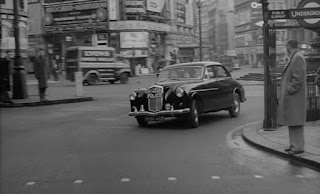 The acting is quite solid. Derek Farr makes a fairly convincing policeman. J.G. Devlin is nicely irascible as Elliott. Patricia Mort is a little bland but quite adequate as Elisabeth Gray. Richard Pearson takes the acting honours as the short-tempered, somewhat unethical Weyman, merciless in business but romantically inadequate (and naïve) Weyman.

Edgar Wallace’s stories, and the movies based on them, were often delightfully outrageous but this is a rather straightforward detective tale.

With a running time just short of an hour and with little time wasted on unnecessary distractions there’s not much danger of boredom. 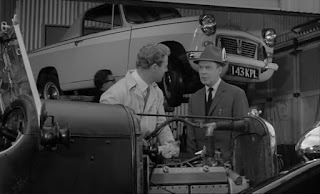 Attempt to Kill is among the seven movies included in Network’s Region 2 Edgar Wallace Mysteries: Volume 2 DVD set. The anamorphic transfer is excellent. There are two or more usually three films on each disc but since they’re very short movies that doesn’t involve any serious compromises with the quality of the transfers.

Attempt to Kill is enjoyable for those occasions when you’re in the mood for harmless undemanding entertainment. Recommended.
Posted by dfordoom at 2:51 PM