For my money W.C. Fields was the supreme comic genius of American cinema. Poppy, made at Paramount in 1936, is not quite in the same league as masterpieces like The Bank Dick but it’s still quite entertaining.

Fields usually played either a henpecked husband or a swindler (and in my view he was funniest as a swindler). In this case he’s a carny huckster and all-round con-man but Professor Eustace P. McGargle is a rogue with definite charm.

His travelling companion and partner-in-crime is his beautiful daughter Poppy (Rochelle Hudson).

Arriving in yet another small town and looking for easy pickings the Professor stumbles across what could be the biggest and most lucrative con of his entire career - passing off his daughter as an heiress. Poppy on the other hand has found true love but can she really expect a respectable young man with prospects to marry a carnival girl? 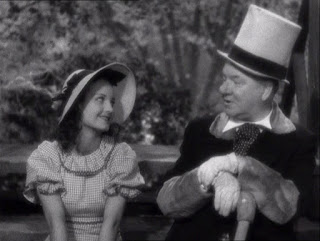 That’s the sum total of the plot. The romantic melodrama part of the story is exceedingly threadbare and threatens to slow things down unnecessarily but it’s made bearable by Rochelle Hudson’s charm and spirit and by the genuine and surprising affection between father and daughter.

Really the movie is mostly an excuse for Fields to strut his stuff in a series of comic set-pieces, which he does with considerable style and success. The talking dog routine gets things off to a good start. Fields’ anarchic musical performance is a particular highlight. 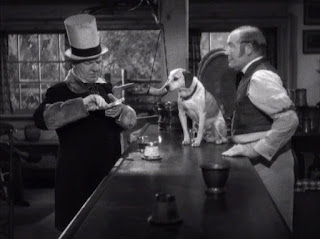 Eustace P. McGargle is a terrific character, perfectly suited to Fields’ style of comedy. He’s not just a rogue - he enjoys being a rogue. You can’t help wondering if he manages to pull off his big coup whether he could ever really be happy living in comfortable respectability. It seems unlikely. Swindling is in his blood and he loves the challenge.

Lynne Overman as crooked attorney Eddie G. Whiffen and Catherine Doucet as the Countess DePuizzi provide adequate comic support although needless to say it’s Fields who gets most of the laughs. 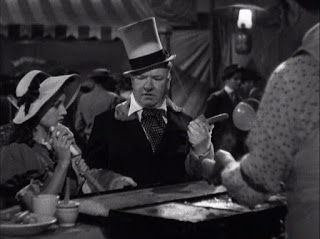 Poppy started life as a Broadway musical. Fields was the star and his performance provided the basic template for so many of his later great performances. Poppy was filmed twice. The 1925 silent version, Sally of the Sawdust, was directed by D.W. Griffith. The 1936 sound version was helmed by A. Edward Sutherland. Fields starred in both movie versions so Professor McGargle must count as being just about his most enduring role.

In this movie Fields gets to deliver one of his most famous lines when he offers Poppy the only fatherly advice he can think of - “Never give a sucker an even break.” 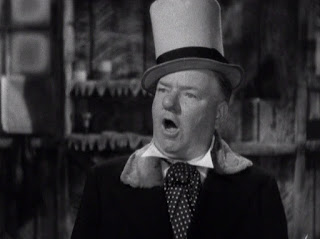 Poppy is one of no less than seventeen movies in Universal’s superb Region 2 W.C. Fields Collection boxed set, which includes pretty much all of his great feature films. A must-have set for Fields fans. Poppy gets a very satisfactory transfer.

Poppy has some good moments although the romance angle does drag a little. The movie only comes alive when Fields takes centre stage. This one is really for hardcore Fields fans. If you haven’t yet discovered the magic of W.C. Fields then there are better films to start with, with The Bank Dick being the obvious choice.
Posted by dfordoom at 3:29 PM