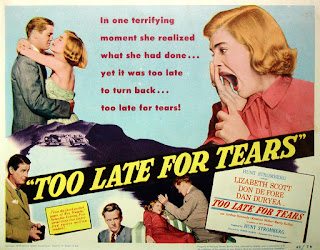 Too Late for Tears is a 1949 film noir B-feature that may well be the ultimate bad girl movie. And since the bad girl in question is played by Lizabeth Scott you can rest assured you’re in for a wild ride. What more could you ask for in a seedy B noir? Well her co-star is Dan Duryea, so that wild ride is going to be very wild indeed.

It has a crackerjack opening. A very ordinary couple, Jane and Alan Palmer (Lizabeth Scott and Arthur Kennedy), are driving on a lonely country road. A car passes them and something is thrown the back seat of the Palmers’ car. That something is a bag. Inside the bag is money. Lots and lots of money.

Apart from being totally illegal it should be obvious that it would be incredibly stupid even to consider the idea of keeping the money. But that is what Jane Palmer intends to do. The idea of turning the money over to the police never even occurs to her. 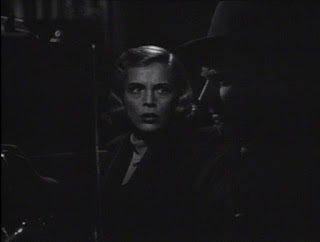 So immediately we know several extremely important things about Jane Palmer. She is prepared to do absolutely anything for money, and she is crazy.

Alan thinks they should turn the money over to the police. Jane convinces him that they should just hold on to it for a little while. They won’t spend it and of course eventually they’ll give it to the police but surely it won’t do any harm to hide it away somewhere for a for weeks. Just to know it’s there. It’s an obviously crazy idea but Alan gives in, because there’s no point in doing anything else where Jane is concerned. She’s the kind of woman who always gets her way.

Things start to get worrying when Danny Fuller (Dan Duryea) turns up on the doorstep. He informs Jane that the money us his and he’d like it back. 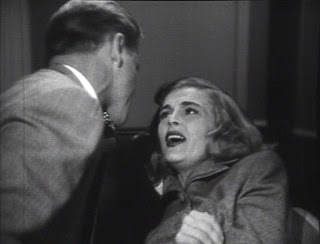 Now Jane starts to try to work out some way in which she can string Danny along without giving him the money. Danny is obviously a hoodlum and he’s obviously extremely dangerous but Jane wants that money. What Danny doesn’t realise at first is that Jane is a whole lot crazier than he is, and she’s a whole lot more dangerous because she combines craziness with breathtaking audacity.

Things get further complicated by a little matter of murder but that’s not the sort of thing to worry Jane. What does worry her is her sister-in-law Kathy (Kristine Miller). Kathy never approved of Jane and now she’s becoming suspicious that something is going on. Alan’s old army buddy Don Blake has also turned up at a very inconvenient moment. 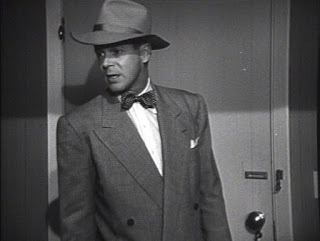 Meanwhile Jane sees other complications arising and decides they need to be dealt with. Dealt with in a drastic, and final, manner. What’s amusing is that Jane is a suburban housewife and Danny is a gangster but he’s starting to get scared of her. Not physically scared perhaps, but scared of her unpredictability and her ruthlessness. And maybe he’s a bit scared physically as well. She’s the kind of dame who would cheerfully shoot a guy if it seemed to be in her interests to do so. Danny is kind of mean and he’s definitely not a nice guy but he’s isn’t quite evil and he’s isn’t the sort who kills people without a very good reason. Jane is something he has never encountered before.

Lizabeth Scott is in dazzling form. She’s obsessed and she’s scary and she’s frighteningly manipulative. The worst thing about her is that she never gives up. She intends to have that money and she will destroy herself and everyone else around her to get it.

Dan Duryea is of course excellent in a slightly uncharacteristic rôle - right from the start Jane is in the one calling the shots and Danny just has to go along. 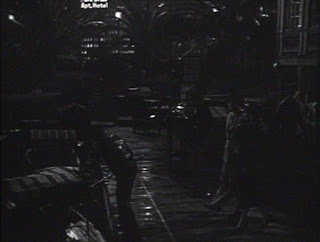 Is this a true film noir? It is if you think that Jane was a nice girl who succumbed to temptation and was then drawn into the whirlpool of film noir madness. That’s possible but there’s evidence that Jane was probably already well and truly corrupt. In that sense this movie is quite similar to Double Indemnity - like the two protagonists in that film Jane is a person in whom the moral corruption is already present and it’s just waiting for the right opportunity to blossom forth.

So is Jane a femme fatale? In a way she is. Even though Danny is already a criminal he’s not thoroughly evil but Jane will lead him into doing much worse things than he’s ever done before.

But them maybe film noir is mostly a matter of mood and if that’s true then Too Late For Tears qualifies without any problems.

This movie is in the public domain and some of the DVD editions out there are pretty bad. The one I saw was terrible. There is a fully restored Blu-Ray edition but alas it’s way out of my price range. If you’re independently wealthy the restored edition is probably worthwhile.  It’s certainly a good enough movie to justify a Blu-Ray release and as soon as I win the lottery I’ll be grabbing the Blu-Ray.

Too Late for Tears is a superb B noir. Highly recommended.
Posted by dfordoom at 8:39 PM