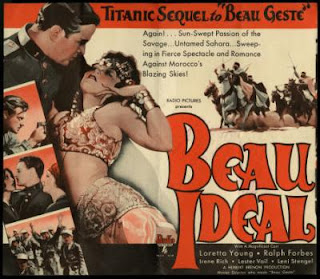 The 1924 novel Beau Geste by P.C. Wren (1875-1941) had been made into a very successful 1926 Paramount silent movie directed by Herbert Brenon. Wren wrote a couple of sequels to his bestselling novel and it seemed to RKO to be a logical move to get Brenon to direct a sound version of one of these books. For some odd reason the first sequel, Beau Sabreur, was ignored and the second sequel, Beau Ideal (published in 1928), was chosen. The results did not please everybody.

Most of the film is occupied by a series of flashbacks. First we go back fifteen years, to the childhood games of Beau Geste and his band - his brothers and a young American named Otis Madison (Lester Vail). Otis and John Geste are jousting to determine who will win the hand of the fair Isobel Brandon. 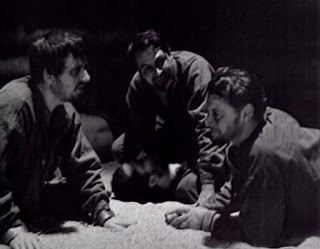 We then go forward quite a few years. Otis returns to England to ask for the hand of Isobel (played as an adult by Loretta Young). He learns that John Geste (Ralph Forbes) is still his rival but misfortunate has hit the Gestes and all the brothers have joined the French Foreign Legion. John is in a penal battalion somewhere in Africa. In a quixotic gesture Otis decides he will find John and bring him home.

To do this Otis has to find a way to get into the penal battalion. But how? He can’t do anything dishonourable. That would be unthinkable. Fortunately fate steps in.

Naturally there has to be a beautiful but bad woman mixed up in the story somewhere. Zuleika (Leni Stengel) is half-French and half-Arab, a dancer known as the Angel of Death for all the men she has lured to their dooms. Now she is involved in a particularly nefarious plot. 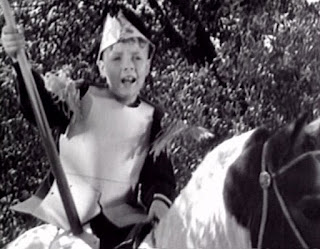 One reviewer described the climactic battle scene as politically incorrect. This shows an extraordinary ability to miss the point. The whole film is politically incorrect. It is a film about a bunch of mercenaries (which is essentially what the Foreign Legion was) enforcing French colonial rule on people who had no particular desire to be part of the France’s empire. Unless you’re prepared to challenge the whole colonial concept (which this film is certainly not going to do) it’s very hard to make a politically correct movie about the French Foreign Legion!

Interestingly enough, given the extent to which the Legion so often gets glamourised, this movie portrays it as extremely brutal and rather incompetent. So it’s also a movie to offend French patriots!

Part of the reason this film didn’t set the box office alight may be the extraordinarily grim beginning. 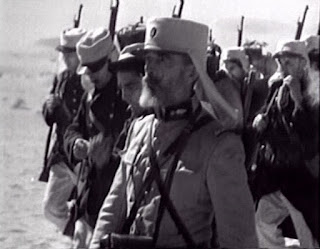 Criticisms of this film usually focus on the dialogue. In many respects it’s a creature of its time. Early talkies did tend to be a bit clunky due to technical limitations of the early sound cameras and the dialogue was often stilted (partly because the actors were often ill-at-ease due to the aforementioned technical problems). A year after this movie was made those problems had been ironed out.

It also suffers from a less than brilliant cast. Ralph Forbes and Lester Vail lack charisma and the chief villains aren’t colourful enough.

Modern audiences will also find Otis’s motivations distinctly puzzling. It’s not just that he has a strict code of honour, he also has a deliberately self-sacrificing streak that may annoy some viewers. In 1931 it would have made sense. 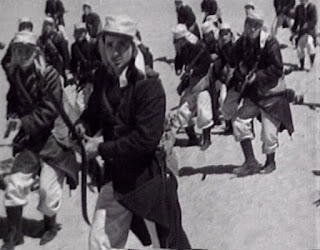 Beau Ideal does have its good points. It’s visually quite impressive. The Legionnaires lost in the desert in the sandstorm is a frightening scene, the photography is good and the climactic action scenes work extremely well.

This movie is in the public domain. I have the Alpha Video version (which is pretty much your only choice) and it’s what you’d expect. It’s not good but it’s viewable.The sound quality is quite uneven although the dialogue is understandable.

Beau Ideal is by no means as bad as it’s often made out to be. It’s an average if slightly clunky movie of its type but it’s watchable if you’re in an undemanding mood. However, given the iffy Alpha Video transfer, I’d hesitate to recommend a purchase (I got it for a dollar in a bargain bin so I’m not complaining). Maybe worth a rental.
Posted by dfordoom at 4:29 PM