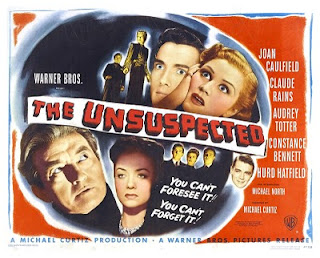 The Unsuspected was directed by Michael Curtiz and released by Warner Brothers in 1947.

Victor Grandison (Claude Rains) does a hugely successful radio show on the subject of murder. It’s true crime stuff, suitably sensationalised, and it’s made him very rich. But tragedy has been stalking him. First his much-loved ward, Matilda, died. She was lost at sea. Then his secretary hanged herself. In fact the audience knows that her death was no suicide. Then a young man turns up on his doorstep, claiming to be Matilda’s husband (or at least his widower). His story sounds far-fetched and there’s a suspicion that he may be after her very large inheritance but his story seems to check out and it appears that he’s actually very wealthy himself so he’s unlikely to be a fortune-hunter. 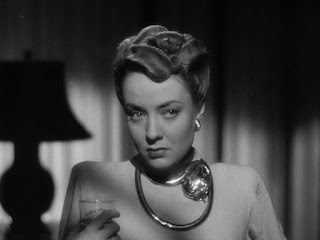 Then the plot twists start to kick in, and they keep coming. Maybe nothing is as it appeared to be, and maybe the truth is very strange and mysterious indeed.

Grandison’s niece Althea (Audrey Totter) seems to have landed herself in a pretty comfortable position, living off her uncle. Her husband Oliver is a useless drunk but having a husband doesn’t cramp Althea’s style. She likes money and she likes men and she’s been successful in obtaining both. Maybe she obtained her husband at Matilda’s expense. Oliver (Hurd Hatfield) is slowly and methodically drinking himself to death and eventually we’ll understand why. Adding to the fun is Constance Bennett as Grandison’s feisty slightly man-crazy producer.

There’s another husband as well but his wife can’t remember having married him. The explanation for that is one of the keys to the mystery. 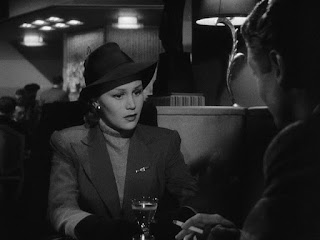 The identity of the killer isn’t hard to guess and is revealed openly long before the end but this is more a suspense film than a mystery so that doesn’t matter.

There are some nice technological touches and the ending in the junkyard is very effective and very tense. Curtiz proves himself to be very good at handling the suspense moments. There are times when it really is hard to see how some of the characters can possibly escape from the killer’s clutches.

Curtiz was an interesting figure. Nobody would claim him as an auteur but he had the ability to make good movies in just about any genre you can name. He was a very fine craftsman. And this movie is a prime example of a well-crafted Hollywood movie of the period. Woody Bredell’s moody noirish cinematography and some really stylish acting from Rains and Audrey Totter both help. 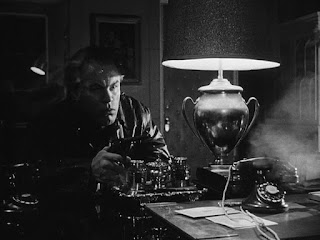 There’s some lively and witty dialogue (with Audrey Totter and Constance Bennett delivering theirs with real zest). Claude Rains restrains his tendency to overact.

This is a somewhat overlooked movie and there are a couple of possible reasons for this. It doesn’t have leads with real star power. Claude Rains was a big name but he was a character actor and apart from Rains the biggest name in the cast is Audrey Totter. She’s now very highly regarded by noir aficionados but she was at best a second-tier star. Joan Caulfield and Michael North have key rôles but they just don’t have any charisma at all.

And noir fans may have passed this one by because Michael Curtiz doesn’t the noir credentials of a Robert Siodmak or a Jacques Tourneur. 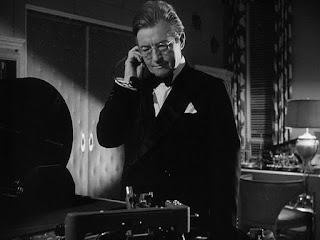 But is The Unsuspected in fact film noir? Most people seem to accept it as such but I’m not convinced. Of course in 1947 no-one in Hollywood was consciously making film noir. The term was unknown. Michael Curtiz would probably have regarded the movie as a dark mystery/suspense melodrama with a few touches of the gothic. It looks and feels like what we now call film noir but thematically I don’t see it. It’s noirish but not noir. It is however a very good movie with Rains, Totter and Bennett in top form. I highly recommend it.

The Warner Archive DVD release is what you expect - no extras but a very good transfer.
Posted by dfordoom at 3:54 PM