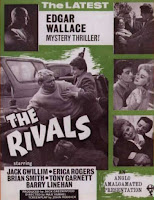 The Rivals is one of the Edgar Wallace thrillers from Britain’s Merton Park Studios. It was released in 1963 and it has a rather neat setup.

A gang has kidnapped Christina Neilson, the daughter of a wealthy man named Rolf Neilson. They’re about to deliver the ransom note along with the evidence that they hold the girl (the evidence being her beret with a distinctive gold brooch). It’s all done up in a neat package sitting in the glove compartment of their car. And then their car gets stolen.

The car was stolen by a couple of professional car thieves, Steve and Eddy, and they quickly discover the package. And they recognise its significance. They now figure that with this package in their possession they can collect the ransom themselves. Kim, the girlfriend of one of the car thieves, thinks it would have been more sensible to go to the police and of course she’s right. However the two young car thieves are blinded by greed and they decide to go ahead with their plan. It’s obviously a very dangerous game they’re playing. 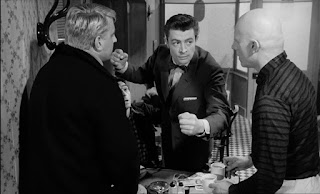 Rolf Neilson has already decided to pay the ransom. But will he end up paying it to the right people? What will happen to his daughter if he pays it to the wrong people? What further mistakes will Steve and Eddy make? And what of the kidnappers - are they going to make mistakes as well? 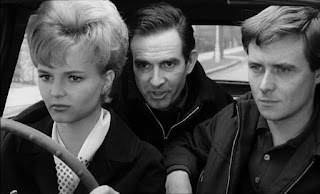 This is a story where all the criminals have bright ideas that really should work but that unfortunate car theft sets off a chain reaction of trivial things that could spell disaster for one or both of the rival sets of criminals. Perhaps all of the criminals in this story are just not quite as smart as they think they are.

French-born director Max Varnel made a few low-budget features and then spent the rest of his career in television, initially in Britain and later in Australia. It’s difficult to fault the job he does here. 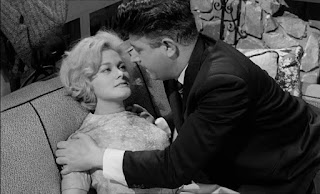 Screenwriter John Roddick did scripts for three of the Merton Park Edgar Wallace movies (including The Double) but he also ended up spending the bulk of his career in television, contributing scripts to plenty of notable series including The Saint, Danger Man, Z Cars and Paul Temple. His script for The Rivals is pleasingly clever and well-constructed.

It’s impossible to pick a standout performer in this film. All the performances are solid and effective. 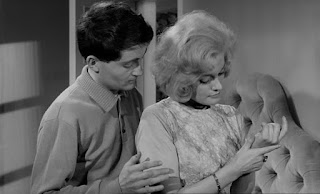 The Rivals is to be found in the fifth of Network’s wonderful Edgar Wallace DVD boxed sets and as usual the anamorphic transfer is very very good. The film is of course in black-and-white.

The Rivals is a fairly typical of the Merton Park Edgar Wallace flicks. Despite the very limited budget it’s tightly-constructed, well-acted and very professionally executed. Everything works as it should. The overall quality of this series of films is remarkably high and this is one of the very very good ones. Highly recommended.
Posted by dfordoom at 1:21 AM