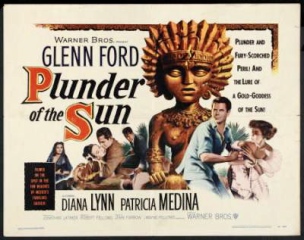 Plunder of the Sun is a movie I’d never even heard of until very recently, and it’s one that is definitely worth a look.

I love movies that have a film noir feel but combine that with exotic locations. If they’re vaguely tropical locations even better. And if they feature actual location shooting in those exotic locations, better still. Plunder of the Sun ticks all those boxes.

Glenn Ford is Al Colby, a somewhat mysterious American who accepts what seems like a fairly simple job. He is employed by antiquarian Thomas Berrien (Francis L. Sullivan) to carry a package from one Central American country to another. The job is unlikely to be strictly legal, but then we get the feeling that Al Colby isn’t overly bothered by such details. On the other hand he’s not an out-and-out crook. He makes it clear he won’t be involved in smuggling drugs. When he’s assured that the package is merely a manuscript, a manuscript of great archaeological significance (which is why its export is not exactly legal), he’s happy enough to oblige. The fact that he’s more or less penniless and is going to be well paid helps to relieve any pangs of conscience. 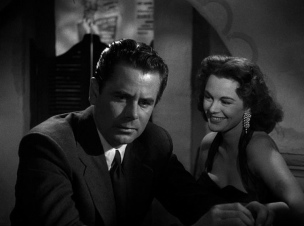 Of course it turns out not to be so simple. Other people know about this manuscript, people with fewer moral scruples than Al Colby. And Colby’s employer doesn’t inspire much confidence. And then there are the women. Two of them, both beautiful and glamorous, but they’re both up to something. And Jefferson (Sean McClory) is definitely up to no good and obviously wants that manuscript.

Colby is a pretty stubborn guy though and he’s not inclined to back down, plus he’s getting a dose of gold fever. Because that’s what it’s about - the manuscript is the key to a fabulous treasure of gold and silver from the ancient Zapotec civilisation of Mexico. 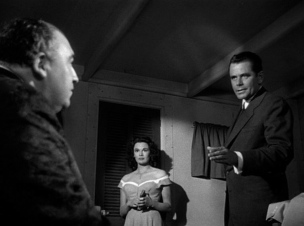 Colby is going to need help from someone who can translate the manuscript. That leads him to a somewhat unscrupulous archaeologist, Navarro. And it leads him back to Anna Luz (Patricia Medina) one of the femmes fatales he encountered on the steamer. She’s Navarro’s ward and is being pressured to marry his son.

Colby eventually finds himself as an unwilling partner of the even more unscrupulous Jefferson. Jefferson is involved in the antiquities trade as well but in truth he’s an out-and-out crook. And Jefferson has a really bad case of gold fever and has no intention of sharing the treasure with anyone. 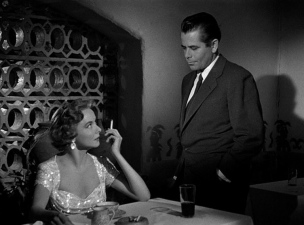 This movie does have some problems. In fact it has one major problem, and that’s Jonathan Latimer’s script. David Dodge’s terrific novel of the same name combined hardboiled adventure with complex characteristics and interrelationships between characters. Latimer has kept the same basic cast of characters but he’s softened many of the minor characters and eliminated the really interesting relationships between them.

There’s no problem with simplifying a complex plot and stripping it down to make it merely an exciting adventure yarn but Latimer has done it in a very untidy way. He’s ended up with several characters who no longer serve any purpose in the narrative but they’re still there and now they only serve as entirely unnecessary and confusing distractions. They wander in and out of the movie but have no connection with the main characters or with the plot. Luckily the movie has plenty of strengths to compensate for the weakness of the script. There’s some magnificent location shooting in Mexico, and director John Farrow doesn’t just throw in exotic locations for the sake of it. They play a vital role in the film. Cinematographer Jack Draper does a superb job and he and Farrow give the movie some wonderful film noir atmosphere. The entire movie was shot in Mexico, with the studio scenes being filmed in Churubusco Studios in Mexico City. The location shooting was done at a number of Zapotec and Mayan sites.

The movie’s other strength is the acting. Glenn Ford is what I’d call a minimalist actor. Most of the time you don’t even notice his acting, and it’s a style of acting that works very well in film noir. He also adds a dark edge to Al Colby which helps to compensate for the deficiencies of the screenplay. If Francis L. Sullivan as Berrien is the poor man’s Sidney Greenstreet then Diana Lynn as Julie is definitely the poor man’s Gloria Grahame. She’s good, but it’s unfortunate for her that Julie is one of the orphan characters who played an important role in the novel but serve no purpose in the movie. Sean McClory makes a splendid villain with his bleached blonde hair and bad attitude. 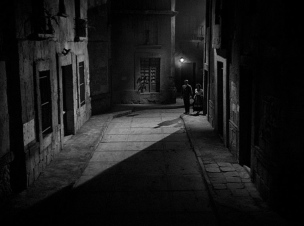 This was one of the first films made by John Wayne’s production company, at that time called Wayne-Fellows Production but later to become Batjac Productions. They had a distribution deal with Warner Brothers. They wanted Wayne to star but he quite rightly pointed out that he wasn’t suited for the role and recommended Glenn Ford instead (which turned out to be an excellent suggestion).

The Region 4 DVD comes, rather surprisingly, packed with extras. One of the most interesting features an archaeologist who relates the real Zapotec civilisation and the ancient sites featured in the movie to the movie itself. A clever and imaginative extra. It’s also a superb transfer.

Despite its flaws this is a very entertaining and visually impressive movie. Recommended.
Posted by dfordoom at 11:58 AM