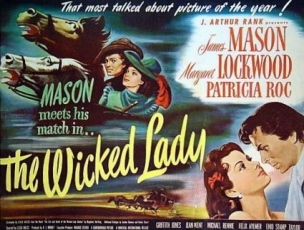 England’s Gainsborough Studios enjoyed enormous success in the 1940s with a series of daring melodramas, mostly featuring Margaret Lockwood, the most famous (and the most shameless) being The Wicked Lady in 1945.

Anyone who thinks of 1940s British cinema as being a trifle on the staid side clearly has not seen The Wicked Lady. By the standards of its era it’s totally outrageous. It’s not just melodrama taken to the extreme, it’s extraordinarily sexy. It is very unlikely that any Hollywood movie could have gotten away with the salacious sexual subject matter and the risque dialogue of this movie. How it got past the usually severe British censors remains a mystery.

It is England in the 1680s and Caroline (Patricia Roc) is about to marry Sir Ralph Skelton (Griffith Jones), the most eligible (and most wealthy) young bachelor in the county. They’re not exactly madly in love but it’s a very suitable match for both of them and while passion may be somewhat lacking between them they are very fond of one another. They get along very well. All in all they expect to be quite happy. And then Caroline’s cousin Barbara (Margaret Lockwood) comes to stay. 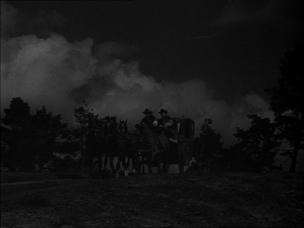 Barbara is accustomed to getting what she wants. Often her beauty and her rather obvious sexuality are enough to get her what she wants, but if they aren’t enough she’s quite willing to lie, cheat and scheme. In fact, as we will see, she’s quite willing to do a great deal more than that. What Barbara wants is usually something than another woman has. Like a man. In this case she decides she wants Sir Ralph Skelton. This proves to be as easy as taking candy from a baby. When her uncle asks her if she loves Ralph she replies,  “How could you not love a man as rich as that?” 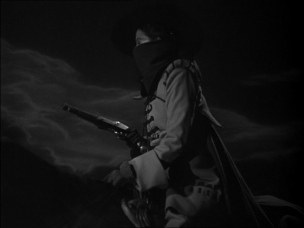 Barbara marries Ralph but county life proves to be rather a bore. Barbara pines for the excitement of London. She soon finds, to her surprise, that it is actually possible to find excitement in the country. An imaginative woman can find things to do. Like taking up highway robbery. Barbara becomes a highwayman (or highwaywoman if you prefer). This is a dangerous profession but it provides the thrills she craves. Given that we have been told that she and Ralph now sleep in separate beds it’s pretty obvious that there’s a considerable sexual element in her thrill-seeking. It’s a good substitute for sex but pretty soon she finds she can have sex as well, when in the course of one of her robberies she encounters the notorious highwayman Captain Jerry Jackson (James Mason).

Barbara and Jackson are soon partners. They’re a good team, both on the road and in bed.

Some major complications soon arise, complications that throw the lives of all the characters into turmoil. Barbara discovers a new man, a handsome young architect named Kit Locksby (Michael Rennie). Kit can’t decide if he loves Barbara or Caroline. Ralph decides that he loves Caroline. And when Barbara is unable to get away from the house (using the secret passageway conveniently provided by the builders of the Skelton country house) for a few days Captain Jackson finds a new bed partner. Whether Barbara loves the dashing outlaw or not is immaterial - she will not tolerate another woman taking a man who belongs to her. It’s all going to get very messy. Dangerously messy. Maybe even fatally messy for some. 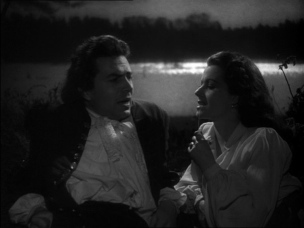 Leslie Arliss’s screenplay might not be very subtle but it’s deliciously overripe and deliriously melodramatic. Arliss also directed, with considerable panache. He was obviously a film-maker who took to melodrama like a duck to water. The dialogue is sparkling and witty and packed with sexual innuendos. Even the virtuous characters in this movie don’t see adultery as much of a big deal.

In the opinions of most British film critics of the time the Gainsborough melodramas were pure trash. And The Wicked Lady absolutely glories in its own trashiness. This trash, but it’s trash with style and energy to burn.

It’s also a very handsome movie. Gainsborough obviously were aiming to give their melodramas the kind of gloss that Hollywood movies of that era had, and they succeeded admirably. This is a lavish movie with gorgeous sets and wonderfully over-the-top 17th century costumes, all beautifully photographed in black-and-white by veteran cinematographer Jack E. Cox. There are a few dodgy rear projection shots but aside from that it’s a great looking movie. The action scenes are pretty effective and there are plenty of thrills and a great deal of gun play. Everyone seems to have a pistol and no qualms about expending powder and shot. 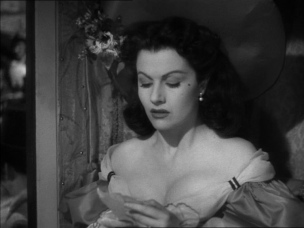 Margaret Lockwood plays the femme fatale to the hilt. She radiates sex and wickedness and exciting recklessness. James Mason provides the perfect foil to Lockwood, matching her recklessness with his own devil-may-care fatalism. Jackson is a man who expects to end his life on the gallows but he intends to enjoy every moment until then. Patricia Roc has the thankless role of the good girl up against one of the screen’s most memorable bad girls but she succeeds in making Caroline reasonably interesting. Michael Rennie is quite good. Felix Aylmer, one of my very favourite British character actors, gets to overact wonderfully as the pious old family retainer who is unlucky enough to discover Barbara’s secret life. Enid Stamp-Taylor adds some fun as the cynical and amusingly bitchy Lady Henrietta Kinsclere.

While this is not a movie with any pretensions to historically accuracy it does capture the cheerfully immoral atmosphere of Restoration England rather well.

The Region 2 DVD from ITV DVD is ridiculously cheap, is a bit light on extras but offers an excellent transfer. It’s superb value for money.

This is gloriously excessive melodrama, an unashamed bodice-ripper with lots of shooting as well. The Wicked Lady is non-stop fun and is very highly recommended.
Posted by dfordoom at 7:58 PM