Charlie decides to take the whole family (including the thirteen children) to the circus. A man named Kinney, part-owner of the circus, asks for Charlie’s help in relation to death threats against him. It seems Kinney was right to be concerned since that very evening he is found dead in the business wagon. Kinney had alienated just about everybody so the number of possible suspects is embarrassingly large.

It’s almost a locked-room murder. Fans of locked-room mysteries will be disappointed that that aspect of the mystery is quickly cleared up. There is however no need for despair - there are still plenty of puzzles that need solving. And it’s still a cool murder method - the murder weapon was the circus’s ape Caesar.

Charlie gets roped into the investigation and he has Number One Son Lee (played by Keye Luke) to help him. While he’s always a step behind his father Lee does enough to suggest that maybe one day he could have the makings of a real detective. Of course he would be able to do more detecting if he weren’t so distracted by the charms of a lady contortionist (who is less than pleased by his attentions). 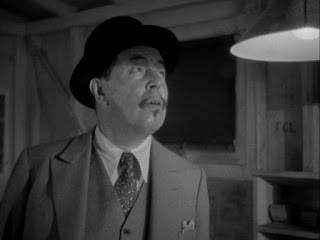 Charlie knows he’s on to something when an attempt is made on his own life, with a deadly cobra as the instrument of his intended destruction. All the killings and attempted killings make good use of the circus background.

As the investigation proceeds it becomes apparent that most of the potential suspects have unexpected but very convincing motives.

This is a film in which we see more of Chan’s home life than usual since we get to see  all thirteen Chan children as well as Mrs Chan. And while Lee Chan as usual provides comic relief he’s certainly not a bumbling nitwit. He displays some good observational skills and his ideas are sound even if he makes a few basic errors in putting them into practice. 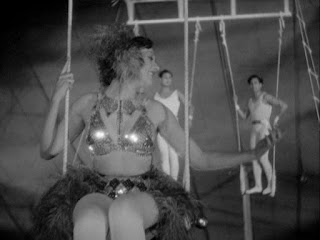 Chan also gets some invaluable assistance from the circus’s two midget dancers, Colonel Tim and Lady Tiny, and what’s pleasing is that their performances are not overdone. In fact all of the supporting players give fairly restrained performances which is just as it should be - there’s more than enough here to keep viewers interested and too much hamminess in the acting would have been an unnecessary distraction.

Warner Oland and Keye Luke are both in fine form.

The circus setting is used to maximum advantage, actually driving the plot rather than just providing a colourful backdrop. Not everybody loves circus movies but I do and circuses and murder always seem to me to a winning combination. 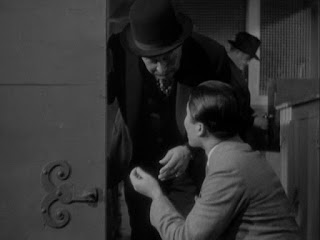 And we get not just lots of circus atmosphere but we also have the added bonus of a guy in a gorilla suit (always a worthwhile asset in any B-movie).

A lot of the outdoor scenes were shot at a real circus and some of the extras are actual circus performers.

Director Harry Lachman went on to direct several of the Sidney Toler Chan movies as well as the very decent 1942 horror flick Dr Renault’s Secret for Fox. He gives this movie plenty of energy. The screenplay by Robert Ellis and Helen Logan provides a solid plot and we get a lot of Chanisms - Charlie’s little homilies which I’m sure he knows are nothing but platitudes but that’s the whole point. Charlie wants the villains to think he’s a harmless windbag. 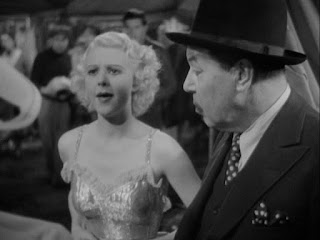 Not everybody likes the ending to this movie but I think it wraps things up pretty neatly in a very B-movie way.

This movie is included in the Charlie Chan Collection, Volume 2 DVD boxed set. Fox have come up with a pretty good transfer for this movie. They spent a lot of money restoring the Chan movies (and the Mr Moto movies) and it was money very well spent.

There are a few extras including the Charlie Chan at the Movies featurette (which is quite good).

Charlie Chan at the Circus is a very fine entry in 20th Century-Fox’s Charlie Chan cycle. Highly recommended.
Posted by dfordoom at 3:25 PM