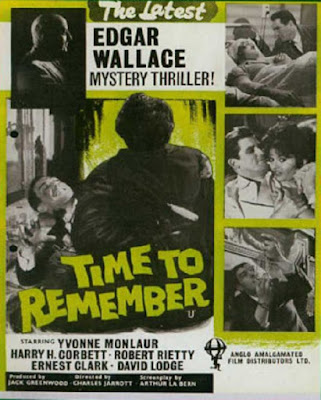 Time to Remember is a 1962 entry in Merton Park Studios’ cycle of Edgar Wallace adaptations.

It opens with a safe-cracking job gone wrong. The leader of the gang, Jumbo Johnson,  flees across the rooftops with the jewels but when he falls from the roof the jewels are not on him. He obviously stashed them somewhere and the surviving members of the gang want to know where. His widow wants to know as well. Naturally Scotland Yard would be very interested in this information also, as would the insurance company and the French police  (one of the members of the gang was a Frenchman named Victor and he’s fled to Paris with some of the loot).

Jumbo died of his injuries in the hospital but no-one is sure whether he said anything before dying, anything that would provide a clue to the whereabouts of the jewels. If he did tell someone then that someone is keeping the information very quiet. 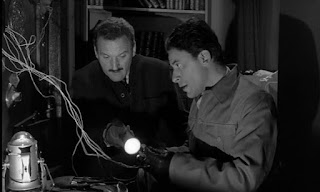 The jewels have to be somewhere in the house where the robbery took place so getting access to the house is obviously very desirable. That brings real estate agent Jack Burgess (Harry H. Corbett) into the picture. Burgess is not a very good estate agent and he’s not a very honest one either but he’s just smart enough to figure out where those jewels might be.

Sammy, the getaway driver in the ill-fated robbery, also has some ideas about how to get the missing jewels. He thinks Victor is the key. When Sammy arrives in Paris Victor has vanished but Sammy thinks Victor’s girlfriend Suzanne may have the answers. Suzanne is no more honest than any of the other characters, all of whom are trying to double-cross each other. 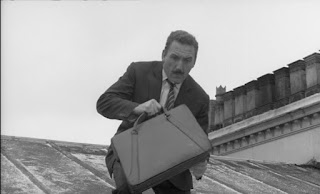 This is a fairly light-hearted entry in the series, even at times verging on farce. The plot has enough twists to keep things interesting and there’s a decent sting in the tail.

This is a movie in which the police play only a peripheral part - it’s mostly villains and grifters trying to outsmart each other.

Harry H. Corbett is a delight as the shifty Burgess. Corbett is of course best remembered for the classic sitcom Steptoe and Son but he was a reasonably versatile actor in both comic and relatively serious roles.

Ray Barrett gets an early important rôle as Sammy. Yvonne Monlaur adds the necessary glamour as the cheerfully amoral Suzanne. 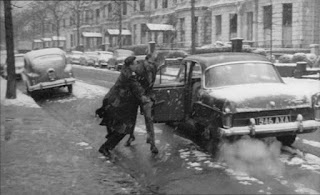 Director Charles Jarrott had an up-and-down career but he’s in good form here, keeping things moving along at an extremely brisk pace. The rooftop escape sequence is well executed.

The low budgets of these Merton Park Edgar Wallace movies aren’t really a problem. The people involved knew what they were doing and they knew how to get perfectly satisfying results whilst spending very little money. 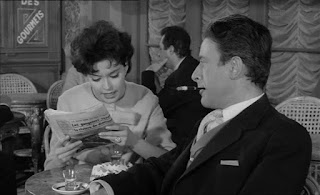 This one is included in Network’s Edgar Wallace Mysteries Volume 3 DVD boxed set. It gets a very good 16:9 enhanced transfer.

Time to Remember is one of the lighter but more enjoyable movies in this series. It actives everything it sets out to achieve, without any fuss but with energy and a certain amount of style.