The Double is one of the British Merton Park Edgar Wallace crime thrillers, in this case dating from 1963.

John Cleeve (Alan MacNaughtan) is a middle-aged man with a past but he doesn’t know what that past is. He has no memories at all, apart from the fact that he murdered his business partner. Cleeve was found wandering in Nairobi. He is now in the care of pretty young nurse Jane Winston (Jane Griffiths) who is convinced that she can help him to recover his memories.

Apart from his amnesia John Cleeve is also unable to walk, although the doctors can’t explain why this should be so.

The odd thing is that not only has the body of the business partner he killed never been found, the police are not even entirely convinced that such a man ever existed.

Official records of Cleeve himself are rather sparse. He seems to have dropped completely out of sight for a long period. He does however have a criminal record for fraud. Private detectives have been hired to find out whether the business partner existed but have only been able to come up with one man who might fit the bill. Unfortunately, while Derreck Alwyn was in Africa at the right time he was not in the right part of Africa. 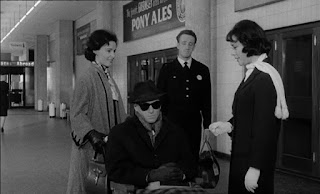 Derreck Alwyn (Basil Henson) is very much alive, a rising stockbroker and about to marry the very glamorous Selena Osmonde. When shown a photograph of Alwyn all Cleeve can say is that he might be the same man he was in business with but he can’t be completely sure.

Having nursed him for so long Jane Winston has grown rather attached to Cleeve. She can’t really believe he could ever have done anything really wrong. She also refuses to entertain the possibility that he might be faking his amnesia, or that he might have some dishonourable motive for doing so. He seems like such a nice man. Jane isn’t a fool but she’s a nice girl who likes to think the best about people. 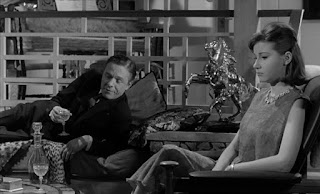 Jane and her sister Mary (Jeanette Sterke) have cooked up a little scheme to uncover the truth about Derreck Alwyn. Mary will take a temporary position as Alwyn’s secretary. It’s a bit devious but if Alwyn actually has something to hide he’s not likely to admit it under direct questioning, and since there’s no evidence whatsoever that Alwyn has been involved in anything criminal the police would not have any grounds for questioning him.

Of course there is a mystery here and it’s going to get complicated. And dangerous.

Lionel Harris did quite a bit of work in television but this seems to be his one and only feature film directing credit. There’s nothing particularly wrong about the job he does here. 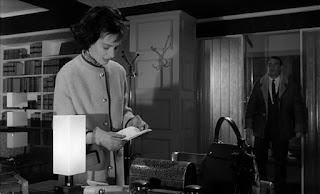 The screenplay is by Lindsay Galloway and John Roddick both of whom were mainly television writers. Both contributed to other films in the Merton Park Edgar Wallace cycle.

The cast doesn’t include any well-known names but they’re all the kinds of solid reliable performers who were in plentiful supply in Britain at the time.

The plot is decent enough although most of it becomes pretty clear by about the halfway stage. Somehow this one doesn’t quite have the tension or the intricate twists of the better movies in this series. There’s just something missing. 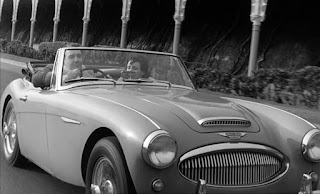 This is reasonably enjoyable undemanding fare. Even that these Network boxed sets are such outstanding value for money (seven movies plus a bonus movie and in this case the bonus movie The Man in the Back Seat is quite superb) one can’t really complain too much if one or two, such as The Double, are lesser efforts. And The Double is still worth a look if you’re buying the boxed set anyway.
Posted by dfordoom at 10:23 AM