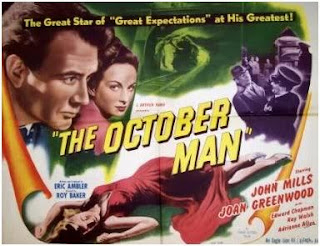 The October Man is a 1947 British crime thriller with perhaps some very slight claims to being a film noir. Very slight indeed.

Jim Ackland (John Mills) suffered a fractured skull and brain injuries in a bus crash. A little girl, the daughter of friends of Jim’s, was killed in the crash. Jim was not in any way responsible, he wasn’t driving the bus and the crash was purely an accident anyway, but he feels vaguely and irrationally guilty.

His recovery is slow, not so much from the physical injuries as from the psychological shock. His recovery has been punctuated by a couple of suicide attempts. He’s now well enough to leave the hospital but he still gets headaches and he’s still a bit jumpy. 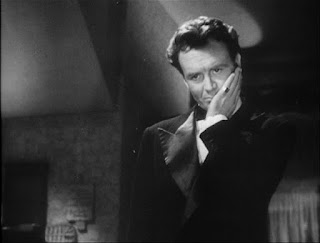 He has returned to London, hoping to resume his career as an industrial chemist, and has taken rooms in a reasonably comfortable and respectable hotel.

Things are gradually getting back to normal, he’s settling into his job and he’s met a rather charming young woman and romance is starting to blossom.

And then there’s a murder. The victim, a woman, was known to Jim. They really weren’t much more than acquaintances. Jim has no alibi and there is some circumstantial evidence that points to him. The police get very excited when they discover that Jim had been in a mental hospital. The evidence against him really is absurdly slim but the police want to make an arrest and he seems like a good prospect. There are other very plausible suspects but why bother following up other leads when you already have a perfectly good suspect? 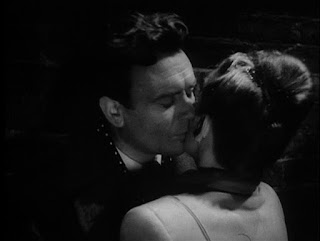 Jim really has more or less recovered but now he’s under extreme stress and everybody seems convinced that he’s guilty.

Joan Greenwood is good as Jim’s girlfriend Jenny and there are some fine performances by the supporting players with Felix Aylmer being wonderful as always as Jim’s doctor.

But the movie belongs to John Mills. John Mills is not the first name that would spring to mind if someone raised the subject of British film noir but he did make a number of somewhat dark crime movies that do hold some interest for noir fans - The Long Memory (1953), Vicious Circle (1957) and Mr Denning Drives North (1952) being notable examples. There’s also the extremely interesting 1937 proto-noir The Green Cockatoo. 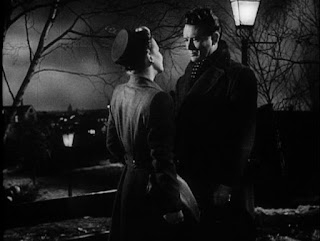 Mills was surprisingly effective in complex darker rôles and he gives an excellent and rather subtle performance here. He resists the temptation to overdo Jim’s jumpiness and confusion.

Any movie with an Eric Ambler connection is also likely to be worth checking out if you’re a film noir fan. In this case the movie was not only based on an Ambler novel, Ambler produced the film and wrote the screenplay as well.

There are only three likely suspects, including Jim (given his mental state he’s not certain that he’s not the murderer and the viewer can’t be entirely certain either), but the mystery and the suspense are well maintained. The other wild card of course is that we know that Jim has been suicidal in the past, so whether he’s guilty or not and whether he’s arrested or not he might try suicide again so that adds further suspense as the pressure mounts on him. 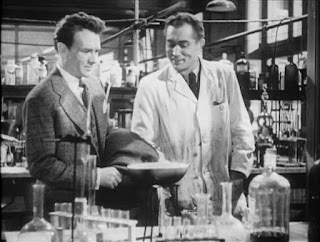 The October Man is also noteworthy for being Roy Ward Baker’s first film as a director (and he does an excellent job). It’s also worth pointing out that both Roy Ward Baker and Eric Ambler’s wife had worked with Hitchcock.

Kino Lorber have included The October Man in the first of their five-film British Noir boxed sets. The transfer is quite acceptable. It’s fullframe of course (which is quite correct). The film was shot in black-and-white.

The October Man might not be authentically noir (although at times it does have a noirish look) but it’s a fine mystery/suspense film. To be honest the script isn’t that dazzling and the success of the film is mainly due to Roy Ward Baker’s stylish handling of the material and the terrific performance of John Mills. Highly recommended.