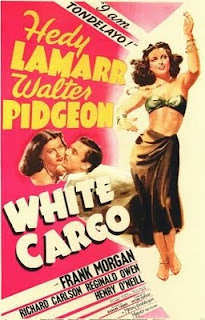 Poor Hedy Lamarr. The Viennese actress was signed by MGM largely on the strength of her exotic beauty and on the notoriety engendered by her nude scenes in her first European movie, Ekstase, made in 1933. But MGM didn’t seem to know what do with her other than putting her in roles that traded on her exoticism. And roles like Tondelayo in White Cargo were not exactly going to enhance any actress’s reputation.

I’m actually quite fond of lust and madness in the tropics movies, and White Cargo does have a certain camp appeal.

Walter Pidgeon is Witzel, the district officer and manager of a rubber plantation in a British colony somewhere in Africa in 1910. Witzel, his assistant, a drunken doctor and a slightly dotty missionary are the only four white men within a radius of hundreds of miles. There are no white women at all. Witzel has been growing steadily more bad-tempered nd cynical with each passing year, and his mood is not improved by the uselessness of the assistants sent out to him from Britain. Within a couple of years they invariably crack up, while he is left to do everything.

There are the usual hazards of life in the tropics, such as poisonous snakes, crocodiles and fever. But the biggest hazard of all is Tondelayo. This beautiful but unscrupulous half-caste woman has at various times shared her favours with every white man unlucky enough to find himself in this distant outpost of empire, an 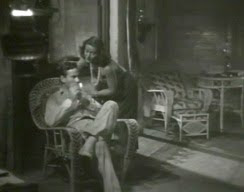 d she has left them all either insane or hopelessly embittered. When Witzel’s new assistant Langford arrives, it is only a matter of time before he attracts the attentions of Tondelayo. He falls for her very hard indeed, and even agrees to marry her! Naturally though Tondelayo does not prove to be a satisfactory wife, and Langford lives to regret his marriage.

With a movie both as politically incorrect and as silly as this one there’s really no point in being offended by the outrageous racism and misogyny. You can either switch it off, or enjoy it for its camp value, and be amused by just how outrageously racist and misogynist it gets. There is for example the relief of the missionary when he discovers that Tondelayo is not really half black after all, but of Egyptian ancestry. So he can marry her to Langford without the shame of marrying a white man to a black woman! Or there’s the scene where Tondelayo complains that after five months of marriage Langford has not beaten her once, and she implies that their sex life would be considerably improved if he 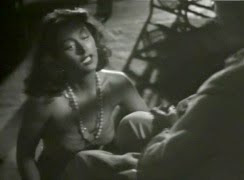 did. I’m not sure how the Production Code Authority let that one slip through, although I have the awful feeling that they simply assumed that such behaviour towards a black woman would be perfectly normal.

The biggest of the movie’s problems is that Tondelayo is portrayed as both evil and childishly simple. Apart from its offensiveness it makes her character very uninteresting.

Hedy Lamarr is given no chance at all to act, but she’s given ample opportunities to be sexy, and you have to give her credit for being able to make the idea of making a cup of tea for a man sound really really dirty!

But 1940s Hollywood jungle movies are all politically incorrect, and the only way to enjoy any of them is as camp entertainment. If you can do that, then White Cargo can be very amusing. 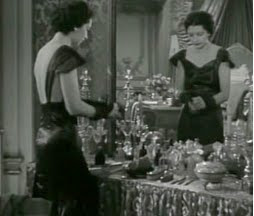 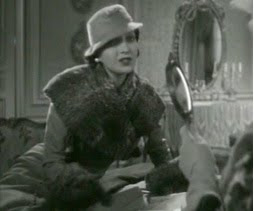 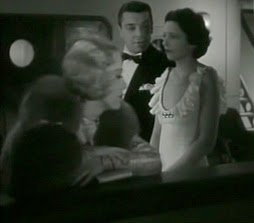 It’s all very entertaining, the mix of romance and comedy is just right, and as a bonus the movie features some truly gorgeous sets and costumes. You really couldn’t ask for much more.
Posted by dfordoom at 1:55 AM No comments: