The Flying Squad is a 1940 British crime thriller based on an Edgar Wallace story. Wallace’s stories were always ideal material for cinematic adaptation and this one works pretty well.

Inspector Bradley of Scotland Yard (Sebastian Shaw) is investigating a smuggling ring. He’s had opportunities to arrest various members of the gang but that’s the last thing he wants to do. He doesn’t want the small fish, he wants the mastermind behind the whole operation. He has a pretty shrewd idea of the identity of that mastermind but so far no worthwhile evidence.

Bradley’s target is handsome young man-about-town Mark McGill (Jack Hawkins). McGill is indeed the gang leader and he’s a ruthless operator. His ruthlessness is perhaps his weak point. He’s a bit too ready to have people disposed of (or even to dispose of them himself) if he so much as suspects that they might betray him, even inadvertently. He has a young fellow named Ronnie Perryman bumped off which could be awkward since Ronnie’s sister Anne (Phyllis Brooks) is part of the same fashionable social set. He spins Anne a tale and then finds that Anne wants to take Ronnie’s place in the smuggling ring. 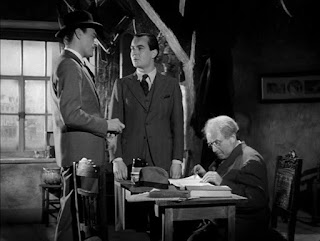 McGill is not the only one who wants to make use of Anne. Inspector Bradley has the same idea. Anne really has no idea of what is actually going on. She thinks McGill is smuggling in face powder from France. Actual face powder. Powder is certainly what is being smuggled but it’s a different and much more valuable type of white powder.

Anne is young and high-spirited but she is perhaps just a little naïve. OK, she’s incredibly naïve. And now she’s caught in the middle of a dangerous game between a charming but utterly unscrupulous gangster and a policeman who is also not over-scrupulous and who is determined to get results at any price. 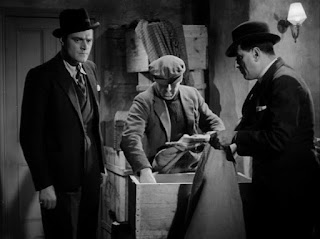 There’s no mystery element at all in this story. It’s an out-and-out thriller and (certainly by the standards of British movies of its era) it delivers a fair amount of action and mayhem. There are a number of very characteristic Wallace touches (he liked things like secret trapdoors). McGill’s riverfront secret hideout is classic Wallace stuff.

Herbert Brenon had been a very successful director during the silent era but his career went downhill rapidly in the sound era. The Flying Squad is B-movie stuff but it’s all fairly competently executed and it has more than enough plot to fill the modest 64-minute running time. It feels a bit stagey at times but the action scenes are surprisingly energetic and there’s even a car chase. The smugglers use an aircraft to bring in their contraband, and a very cool looking aircraft it is (if you love vintage biplanes). 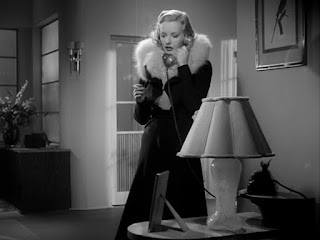 Sebastian Shaw is a perfectly adequate if not terribly exciting hero, and he has the requisite matinee idol looks. Jack Hawkins (looking rather young) is a splendid villain of the smooth but sinister type. Hawkins wisely doesn’t overplay the role. Phyllis Brooks makes a lively and engaging leading lady.

Basil Radford provides the comic relief, and this is one of those rare films in which the comic relief is not only bearable but a positive asset. In fact Radford just about manages to steal the picture. 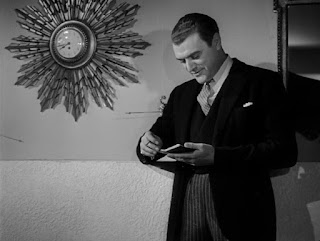 It’s interesting to compare this one with another British Wallace adaptation of the same period, The Terror, which puts much more emphasis on humour (and is pretty enjoyable as well).

Network’s DVD release offers a very good transfer. The only extra feature is an image gallery but at least it’s a pretty extensive image gallery.

This is basically a B-picture so don’t expect it to be in the same league as Hitchcock’s British thrillers of the period. Having said that, The Flying Squad works as fine old-fashioned entertainment and it does capture the Edgar Wallace feel very effectively. Highly recommended.
Posted by dfordoom at 6:46 PM