Bright Lights (AKA Adventures in Africa) is a fascinating pre-code oddity, a backstage musical with romance and even a murder. This Warner Brothers release was made under the First National Pictures banner in 1930 with Michael Curtiz in the director’s chair.

Louanne (Dorothy Mackaill) is a major Broadway musical star who has snared a rich husband. At least she’s almost snared him - they’re going to get married after her final performance in her current stage hit, Bright Lights. 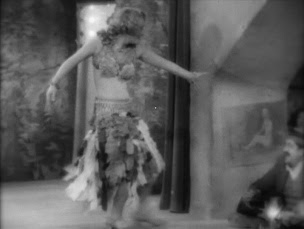 Louanne doesn’t really love this rich man, Emerson Fairchild, but he’s crazy about her and it seems like too good a chance to miss. His family aren’t exactly over the moon about the idea of the son and heir marrying an actress but they’ve reluctantly acquiesced. Louanne is actually in love with fellow performer Wally Dean (Frank Fay) although she won’t admit it to herself. He’s in love with her but he refuses to stand in the way of her marriage. He intends to bow out gracefully.

She’s given her husband-to-be a rather sanitised account of her past. As she tells this cleaned-up version of her life story to reporters we get several flashbacks that make it clear that her past was rather more colourful than she’s admitted. She worked in a series of sleazy dives in Africa (hence the alternative title) as well as doing the carnival circuit. In Africa she had made the acquaintance of Portuguese diamond smuggler Miguel Parada (Noah Beery), an encounter that ended rather badly. Miguel has the scars to prove it. The final night goes off with a bang, literally - it culminates in a murder. In fact everything seems to be conspiring to sabotage Louanne’s wedding plans, with her past threatening to catch up with her.

Dorothy Mackaill had worked in the Ziegfeld Follies in the early 20s so she has no trouble handling the singing and dancing. She also has no trouble handling the movie’s mixture of comedy and drama. She gives a spirited performance as always. Mackaill had been a major star in the silent cinema but her career was over by 1934. Why her career crashed remains something of a mystery - there was certainly nothing wrong with her performances  during the pre-code era. 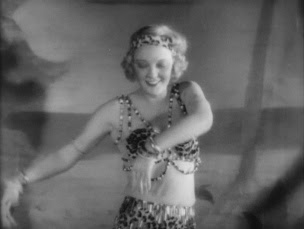 Frank Fay had been a big star in vaudeville but his film career was patchy, largely due no doubt to his chronic drinking problems. He makes an engagingly sympathetic leading man.  His major success was as a comic but he proves more than adequate as a dramatic actor and his vaudeville background makes him the perfect choice for this movie. Like Mackaill he has no difficulty at all with the musical and comedy elements in this movie.

Frank McHugh provides comic relief as a drunken reporter with a fondness for chorus girls.

Michael Curtiz was one of those directors who could work in any genre (and he worked in them all) and despite the slightness of the plot he keeps the movie rolling at a suitably frenetic pace. 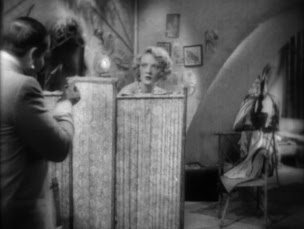 The musical numbers are not as lavish as those in the great Warner Brothers musicals of the 30s but they’re still reasonably impressive, and this being a pre-code movie they’re fairly outrageous with the Cannibal Love number being a highlight.

The murder angle is handled in a typically pre-code manner. Murder is not a matter to be taken too seriously and no-one is worried about whether justice is seen to be done or not. This is lightweight fun, typical of the breezy pre-code style. It’s a fine showcase for Dorothy Mackaill’s considerable talents and while it reaches no great heights it’s consistently entertaining. Pre-code fans won’t want to miss this one.

This movie is paired on a single disc with The Reckless Hour in a Dorothy Mackaill double-header in the made-on-demand Warner Archive series. It’s an unrestored print but it’s quite serviceable.
Posted by dfordoom at 3:07 PM