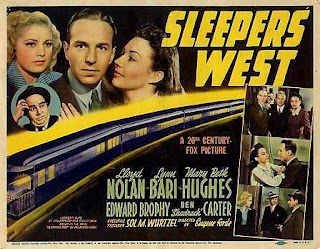 Sleepers West, released in 1941, was the second of seven 20th Century-Fox B-movies featuring private detective Michael Shayne. Shayne was created by Brett Halliday and appeared in a total of 77 novels. The later Mike Shayne books were standard hardboiled detective thrillers but the early books were apparently detective stories with a fairly strong helping of comedy, and these early books were clearly the inspiration for the movie series.

Unfortunately crime B-movies with an admixture of comedy were a dime-a-dozen in the 30s and 40s so the movies come across as being rather generic examples of the Hollywood B-movie. On the plus side the 20th Century-Fox Mike Shayne movies starred Lloyd Nolan, always a delightfully entertaining actor.

In Sleepers West Mike Shayne has to escort a key witness to give evidence at a murder trial. A difficult task in itself, since there are people who intend that this witness should not reach her destination alive. 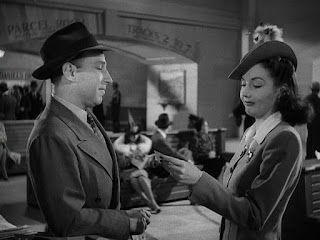 The job is made doubly difficult by the fact that the witness is Helen Carlson (Mary Beth Hughes). Helen is a bubbly blonde and she’s a very pleasant young woman, but unfortunately she’s a young woman who is very fond of a drink. Preferably quite a few drinks. She’s also rather fond of male company. Persuading her to sit quietly in her compartment in the train and not get into trouble is a task that will tax Shayne’s ingenuity to the full.

To add to Shayne’s problems, Kay Bentley is also a passenger on the train. Kay is a newspaper reporter. She’s an old pal of Shayne’s and he likes her well enough but he knows from experience that if she gets even the faintest whiff of a good story there’ll be no stopping her. 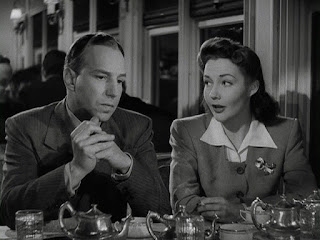 Of course there is a killer on board the train as well, so Mike will have his hands well and truly full. And to make his existence even more miserable, Kay gets wind of Helen’s presence on the train. 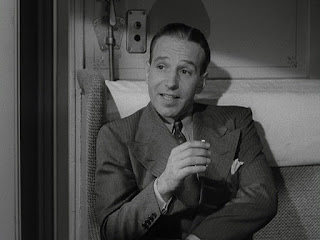 The story is played more for good-humoured amusement than real suspense. There are a few tense moments but the bad guys are mostly bumbling incompetents and the railway detective who thinks he’s stumbled onto a big case is just as bad. He is convinced that Helen’s new boyfriend is an embezzler (in fact there is no embezzler of any kind on the train) and his attempts to pull off a daring arrest go disastrously awry.

It’s all entertaining enough in a low-key way. The likeable cast is a major asset. Lloyd Nolan as Mike Shayne is good-natured although the role doesn’t exactly stretch his acting talents. 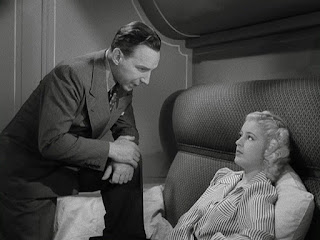 Lynn Bari is good as Kay Bentley. Mary Beth Hughes steals the picture as Helen Carlson. She’s a bit of a bad girl but not she’s not really very bad. Mostly she’s just a girl who likes a good time and has had some bad breaks. She’s bubbly and charming.

The DVD (from the Fox Mike Shayne boxed set) is exceptionally good.