Loose Ankles is a silly lightweight pre-code fun movie that is impossible to dislike.

Made by First National Pictures in 1930, it stars Loretta Young and Douglas Fairbanks Jr. This was back in the days when Loretta Young still played bad girl roles, and played them delightfully.

Young plays Ann Harper Berry, an heiress with a problem. Under the terms of her grandfather’s rather curious will she inherits a great deal of money. But she only gets the money if she gets married. And all the other beneficiaries under the will only get their share of the loot if she gets married. To add to her annoyance, she has to marry someone who meets with the approval of her straitlaced uncle and her two even more straitlaced aunts.

Ann doesn’t particularly want to get married to anyone and she certainly doesn’t intend to marry under those circumstances. She already has plenty of money so she doesn’t really need the inheritance, and she’s something of a rebel anyway so she determines to scupper any plans to marry her off. 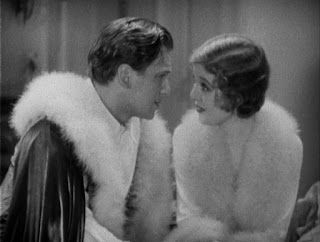 There’s another odd provision in the will. If any member of the family is involved in a scandal that gets into the newspapers then nobody inherits anything. All the money goes to a home for stray cats and dogs. This provision is like a red rag to a bull - Ann is now determined to become involved in a juicy scandal as soon as possible. But how does one create a scandal? She’s pretty sure she’s going to need a man to help her. But how to find a suitable man? That’s simple. She places an advertisement in the newspaper for a young, handsome, unscrupulous man.

The ad attracts the notice of a couple of male escorts,  Andy and Terry. They’re tempted to apply for what sounds like an interesting job but then they remember their friend Gil (Douglas Fairbanks Jr). He needs money badly but he’s always resisted the idea of becoming a gigolo. Nonetheless Andy and Terry persuade him to answer the ad. 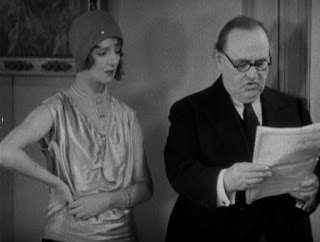 Ann now has the man, but she’s still not sure how to go about this scandal business. She knows he has to get her into a compromising position, but she’s never been compromised before. Luckily her maid has been compromised plenty of times so she’s able to offer Ann some advice. This all leads up to some very risque and very funny dialogue, with double entendres all over the place.

The maid assures Ann that the first thing she needs to do is to get the young man’s clothes off. This she proceeds to do by means of a number of ingenious stratagems. But just as he’s about to compromise her they have a change of heart. They’ve realised that this is not a game any more. They’re in love. Unfortunately Ann has already arranged for the arrival of newspaper reporters to photograph her being compromised.  And then her uncle and her aunts turn up. Now Ann and Gil have to do some quick thinking to avoid the very scandal that Ann had been so keen on. Gil solves the problem by leaping through the window. 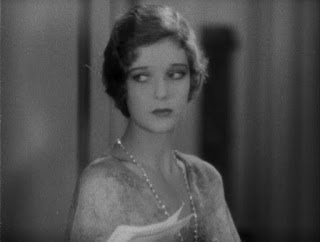 Ann now has a new problem. She doesn’t even know the name of the charming young man she’s just fallen in love with. Trying to locate him will lead her to the Circus Cafe, which is in reality a very swanky speakeasy. A speakeasy that her uncle, a keen prohibitionist and morals crusader, has just arranged to have raided. Her aunts’ attempt to extricate Ann from this looming new scandal will end in a drunken spree with Andy and Terry, our two good-natured gigolos.

As pre-code movies go this one is more determinedly immoral than most, and the sexual innuendos are not exactly subtle. Pretty much everything revolves around sex and booze. Even morals crusaders get into the swing of the sex and booze thing. 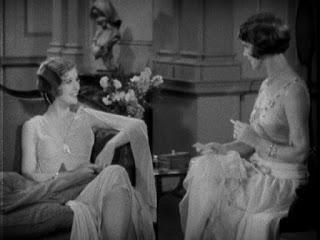 Loretta Young was just seventeen when she made this picture but she was already a veteran actress with nearly twenty films behind her, having made her movie debut at the age of four. She’s delightful, as she was in most of her pre-code roles. Ann isn’t really a bad girl, she just enjoy the idea of being wicked. The younger Fairbanks was always likeable and they make a great romantic couple. Inez Courtney as Ann’s friend Betty and Edward J. Nugent and Norman Selby as Andy and Terry provide good comic support, with some help from Louise Fazenda and Ethel Wales as Ann’s aunts.

The scenes in the Circus Cafe are a highlight - this is a speakeasy with a complete circus as the floorshow. The circus includes a leopard trainer but his leopard is an attractive young woman in a leopard suit, which adds a bit more pre-code outrageousness (especially when he cracks the whip to keep her in line). 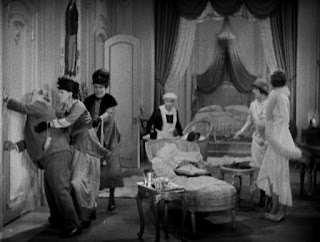 The movie has a few pacing problems but generally speaking it’s a fun and frothy and rather naughty pre-code treat. This one is a must for pre-code fans.

This movie is part of a Warner Archive made-on-demand double-header. I’ve never had any problems with these discs until recently but I had major problems with this one. Luckily I have four DVD players since the first three refused to play the disc at all. I’ve had the same problems with two other recently purchased Warner Archive discs. So although I recommend the movie I can’t under any circumstances recommend the DVD. In fact I’d advise you to steer well clear of these discs.
Posted by dfordoom at 11:58 PM