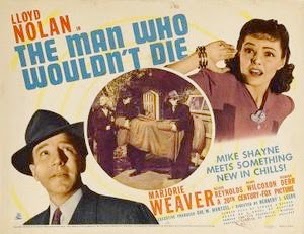 The Man Who Wouldn't Die, released in 1942, was the fifth of seven 20th Century-Fox crime B-movies featuring Lloyd Nolan as PI Mike Shayne. Brett Halliday’s Mike Shayne novels were among the the best of the hardboiled PI novels of the 40s but unfortunately the movies are anything but hardboiled. In fact they’re played more for comedy than mystery and end up being very routine B-features.

The Man Who Wouldn't Die was not not based on a Mike Shayne novel but on one of Clayton Rawson’s mysteries featuring stage magician The Great Merlini.

The movie opens promisingly enough, and moodily enough, with a clandestine burial of a corpse at night. 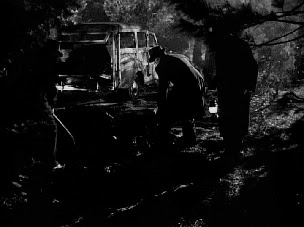 We then switch scenes and see Mike Shayne agreeing to take on a case for Catherine Wolff, the daughter of millionaire Dudley Wolff. Catherine wants Mike to pretend to be her husband in order to investigate some strange goings-on. Catherine was shot at by what appeared to be a ghost. Things get more interesting when Mike discovers a genuine (and rather impressive) mad scientist’s laboratory in the basement of the Wolff mansion. The laboratory is used by Dr Haggard (Henry Wilcoxon). Dr Haggard has been employed by Wolff to find ways to extend his life. Sadly, the mad scientist angle is not pursued.

There are several apparent attempts to break into the mansion, some more gunplay, a corpse that won’t stay dead and a plot that is a bit too convoluted for its own good. Mike gets some assistance from his old pal, magician The Great Merlini. 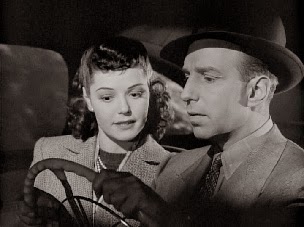 Lloyd Nolan is likeable enough although it’s a pity the hardboiled elements are reduced to virtual non-existence since Nolan could do the hardboiled thing quite well. In this movie Mike Shayne is reduced to a comic character. Marjorie Weaver is much too bubbly as Catherine Wolff. The only member of the cast to impress is Helene Reynolds as Catherine’s step-mother Anna. Given a better script she could have made quite a good femme fatale.

The script is a real problem. It’s trying to be a murder mystery, a mad scientist movie, a horror movie and a comedy all at the same time and it fails to succeed in any of these endeavours. Perhaps Fox would have done better to have emphasised the horror elements a bit more since they’re by far the most interesting parts of the movie. 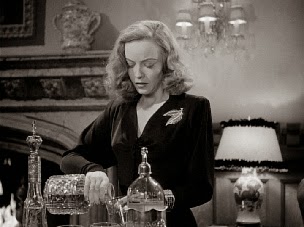 Director Herbert I. Leeds made quite a few B-movies before moving into television in the early 50s. His movie career was undistinguished and his approach in this movie is fairly pedestrian.

I guess my main problem with this movie is that it’s just too lightweight for my tastes. Mike Shayne could have provided the material for a series of excellent B noirs but Fox seemed unable to decide what to do with the character. It’s possible that had these movies been made a few years later they might have been given more of a noir feel. As it is they’re more reminiscent of the very light murder mysteries of the 30s than of the darker tone of 40s film noir. 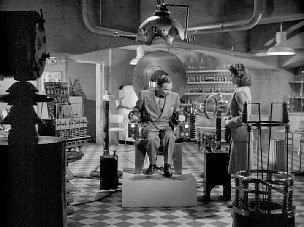 The Man Who Wouldn't Die is included in the Mike Shayne Mysteries boxed set. The transfer is a very good one. The extras include a very short documentary on Robert McGinnis, who did the cover art for most of the Mike Shayne paperbacks. McGinnis is one of the great book cover illustrators and this short doco is actually more interesting than the movie.

The Man Who Wouldn't Die is interesting as a kind of murder mystery/horror crossover and if you’re prepared to accept that it’s aiming at nothing more than than very lightweight entertainment it’s moderately enjoyable.

I've reviewed two of the other Mike Shayne movies, Michael Shayne: Private Detective (1940) and Sleepers West (1941).
Posted by dfordoom at 2:45 AM