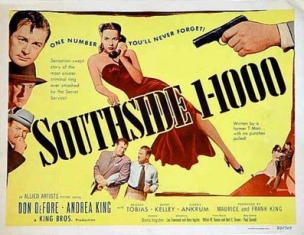 Southside 1-1000 is yet another movie released on DVD as film noir that isn’t film noir, except in a very marginal way. It’s a crime thriller, but it’s a pretty good one.

When Poverty Row studio Monogram decided to start making movies that were rather more ambitious than their usual run of B-pictures, pictures they described as B-plus pictures, they adopted the name Allied Artists. Southside 1-1000, with its reasonably high production values, is fairly typical.

The movie begins with a prologue explaining the importance of the work of the United States Secret Service in tracking down counterfeiters. This sets the pseudo-documentary tone of the movie, as does the voiceover narration that continues throughout the film. 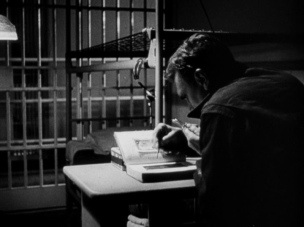 Eugene Deane is serving a long prison sentence for counterfeiting. He is one of the most skillful counterfeiters the Treasure Department has ever had to deal with. And being in prison hasn’t stopped him. He is still engraving plates for counterfeit money and still smuggling them out of the prison. The authorities have found out about this but the problem for the T-Men is that his latest set of plates has already left the prison and is already being used to print counterfeit bills and Deane refuses to reveal any information that would help them.

Secret Service agent John Riggs (Don DeFore) and his boss Hugh Pringle have little to go on until they get a lucky break. A pickpocket is arrested at the racetrack and he’s holding a wad of counterfeit notes. He didn’t know they were counterfeit when he lifted them. With his help the T-Men discover the identity of one member of the gang. He is put under surveillance but just when things seem to be starting to move they hit a brick wall. Riggs will now have to go undercover in the hope of infiltrating the gang. 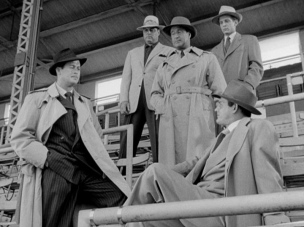 During the course of the undercover assignment Riggs becomes involved with hotel manager Nora Craig (Andrea King) who functions (in a vague sort of way) as the movie’s femme fatale.

The script by Leo Townsend and Boris Ingster contains few real surprises but it’s serviceable enough. Ingster also directed. This was one of only three movies he directed but those three movies include Stranger on the Third Floor, a 1940 movie starring Peter Lorre that has considerable importance as possibly the first real American film noir. It also happens to be an excellent movie and so it’s no great surprise that Ingster handles his directorial duties on Southside 1-1000 very confidently. 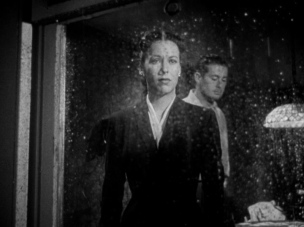 There’s a quite impressive visual set-piece involving a bridge late in the movie that is perhaps this movie’s most convincing claim to being film noir. While the overall mood is not noir it is tense and occasionally menacing.

There’s some good location shooting and while it’s obviously not a big-budget movie it never looks cheap or shoddy. In fact the visuals are impressive throughout. 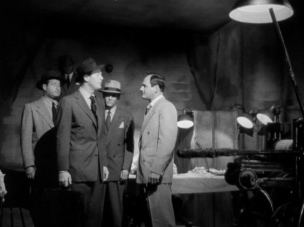 The Warner Archive made-on-demand DVD offers the excellent transfer we have come to expect from this series. There are of course no extras.

Southside 1-1000 is no masterpiece but it’s a well-crafted crime thriller that delivers solid entertainment. Film noir fans might be disappointed by the lack of true noir elements but should still find the movie itself enjoyable. This one is definitely worth a look for any fan of 1940s Hollywood crime movies. Highly recommended.
Posted by dfordoom at 8:19 PM