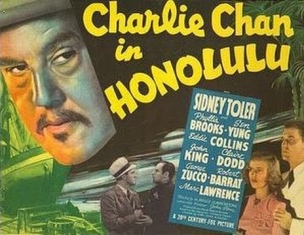 In 1938 20th Century-Fox had a big problem. The Charlie Chan movies starring Warner Oland had been immensely successful and had been a major factor in keeping the studio profitable during the 30s. But Warner Oland was having serious personal and health problems and in August 1938 he passed away. Warner Oland was dead but the studio was determined that Charlie Chan should live on. At least 35 actors were tested for the rôle but finally a relatively little-known actor, Sidney Toler, was chosen.

Fox had failed to pick up Keye Luke’s contract and in any case Luke was not keen to continue playing the crucial rôle on Number One Son without his friend Warner Oland. So the Chan series would have just not a new lead actor but a new sidekick as well.

For the first of the Sidney Toler Chan films, Charlie Chan in Honolulu, the studio decided to do something rather unusual - set the film in Chan’s home town, Honolulu. In fact the movie opens in Charlie’s home on Punchbowl Hill. 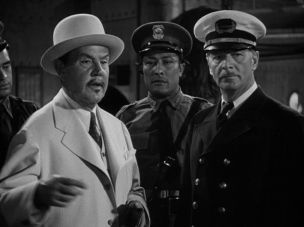 These were sound enough decisions, helping to ground the new actor in the part. Sadly Charlie Chan in Honolulu is an almost complete failure. Sidney Toler had not yet settled into the part and unfortunately he is reduced to what is almost a supporting rôle. The story is rather weak and rather confusing. The biggest problem however is that the movie is entirely dominated by the comic relief. It’s almost all comic relief. Comic relief is the single most irritating feature of Hollywood B-pictures of the 30s and 40s and with the comic relief taking centre stage this is by far the most irritating of all the Chan movies. Not only is there way too much comic relief, what there is is uniformly awful.

The problems are compounded by the fact that Chan’s new sidekick, Number Two Son, is played by Yen Sung and he compares very unfavourably with Keye Luke.

The plot, what little there is of it, concerns a murder on a cargo ship bound for Honolulu. The motive appears to be robbery. A young woman had been carrying $300,000 in cash for her employer in Shanghai, the money to be handed over to the man who turns out to be the murder victim. 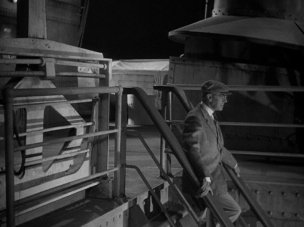 The other passengers include a mysterious woman, an escaped convict escorted by the San Francisco cop who has recaptured him, and an eccentric psychiatrist named Dr Cardigan (George Zucco). There is also a veritable menagerie of wildlife bound for a zoo in San Francisco and accompanied by their keeper, played by the unbelieving annoying and unfunny Eddie Collins. In an age when Hollywood had a seemingly inexhaustible supply of irritatingly unfunny actors specialising in comic relief rôles Collins stands out as one of the most tedious of all.

The movie’s one real asset is George Zucco as Dr Cardigan. He is both sinister and oddly likeable as a mad scientist who travels with an artificially preserved live human brain in a suitcase. Zucco wisely chooses not to go over-the-top despite the obvious temptation to do so and as a result he becomes a genuinely fascinating character, Zucco’s underplaying making him much more effectively sinister and mysterious. 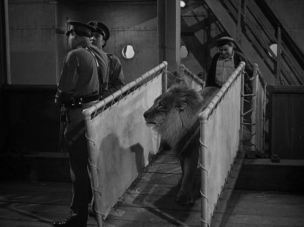 H. Bruce Humberstone had a reputation for being a solid B-movie director but he totally loses control of this movie. The 67-minute running time seems like an eternity.

Charlie Chan in Honolulu is very much a transitional Chan movie. 20th Century-Fox were less than happy with it and for the next Chan movie they would make major changes, changes that would put not only put the series back on its feet but usher in a new and very fruitful era for Charlie Chan. The only reason to see this movie is to see Sidney Toler’s first, slightly hesitant, attempt at the rôle. Happily Toler would gain in confidence and grow into the part very successfully. It’s already evident in this movie that Toler doesn’t have the warmth that Warner Oland brought to the part but with more experience under his belt Toler would make the slighter harder-edged Chan distinctively his own and make a virtue of what had initially appeared to be a weakness. 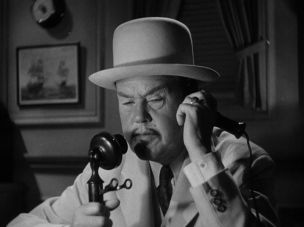 Fox’s DVD release offers an excellent transfer and a variety of extras, including short featurettes on both this movie and on Sidney Toler. In this case, with the start of a new era for Charlie Chan, the extras prove to be extremely worthwhile. In fact they’re more interesting than the movie itself.

Charlie Chan in Honolulu is very much a lesser Charlie Chan movie but it is historically significant as the beginning of the Sidney Toler era so hardcore Chan fans will find it worthwhile viewing. More casual fans of the series can safely give this one a miss.
Posted by dfordoom at 2:23 AM