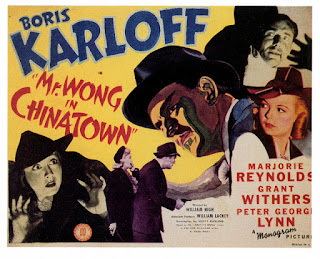 Mr Wong in Chinatown was released in 1939 and was the third of the Monogram Mr Wong movies. The character had been created by American writer Hugh Wiley and appeared in twelve stories published in Colliers Magazine between 1934 and 1938. Boris Karloff played Mr Wong in the first five movies while Keye Luke played the character in the final movie. In the original stories Mr Wong is a Chinese-American. In the movies Mr Wong had spent quite a considerable time in England which allowed Karloff to play the character with an educated English accent. I’m told the stories are rather deliciously pulpy.

Mr Wong lives in San Francisco and often helps the San Francisco Police on important and difficult cases. His relations with the police are exceptionally cordial. The movie starts with a murder committed in Mr Wong’s own home.

A Chinese woman has called at Wong’s house. By the time Wong makes his way from his laboratory to the sitting room the woman is dead, killed apparently by a fiendishly ingenious Chinese sleeve gun that fires poisoned darts. The woman was obviously a person of wealth and high social class and she has left a tantalising dying clue - the words ‘Captain J’ scrawled on a card. 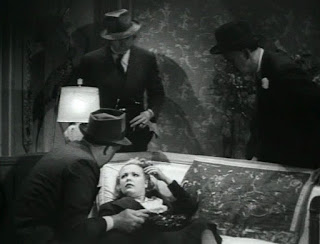 The woman is in fact the Princess Lin Hwa. She is visiting the United States to buy arms.

Mr Wong will need assistance from San Francisco’s Chinese community and he obtains it, from one of the tongs.

Mr Wong is working closely with his old friend Captain Bill Street (Grant Withers) of the San Francisco PD. They are both also working closely with Feisty Girl Reporter Bobby Logan (Marjorie Reynolds), not by choice but because there seems to be no way to prevent her from involving herself. As Feisty Girl Reporters go she is at least not overly annoying.

Comic relief has been kept to a minimum. There’s some mild comic interplay between Bobby Logan and Captain Street but it’s very low-key and quite amusing and it even advances the plot. Given the fact that ill-advised and painfully unfunny comic relief sank a lot of otherwise promising B-movies of the 30s (including quite a few Monogram pictures) this is quite refreshing. 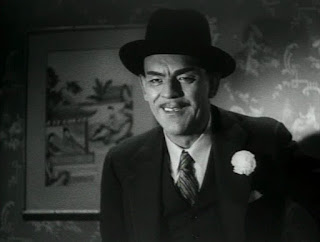 The plot is fairly interesting. It’s clear that the princess’s arms buying led either directly or indirectly to her murder but the script keeps us in doubt as to the exact identity of the killers. It’s also interesting that she’s buying arms in the late 30s but although China and Japan had been at war since 1937 it’s implied that the princess is acting on behalf of a local warlord and the Japanese are never mentioned. Presumably the intention was to avoid giving offence to a nation that was still at that time at peace with the United States.

Boris Karloff of course does not really look all that convincingly Chinese but for an actor of Karloff’s quality that’s a minor problem. He still manages to sell us on his performance.

What’s fascinating about the three very popular 1930s Hollywood B-movie series involving Asian detectives is that the detectives were all quite distinctive. The success of the Charlie Chan movies obviously made both the Mr Moto and Mr Wong series possible but Moto and Wong are in no sense mere Charlie Chan clones. In the original books Mr Moto was a Japanese spymaster. The films made him a detective working for an early incarnation of Interpol but it’s still clear that Moto has certain connections. And he’s much of an action hero than Charlie Chan. Mr Wong is much more upper-class than Chan. He is a man of considerable education and taste. 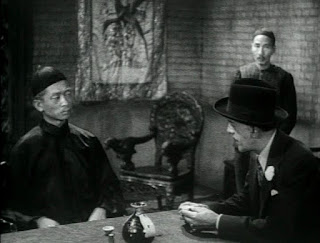 After a successful career as a silent director William Nigh found himself relegated to helming B-movies for Poverty Row studios, a task he accomplished with reasonable efficiency. He directed the first five Mr Wong movies.

The production values are roughly what you expect from Monogram with a fairly limited array of sets but the picture doesn’t really look cheap or shoddy. 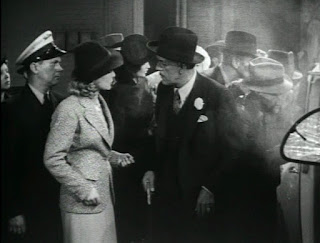 The Mr Wong movies are in the public domain and have had various rather questionable DVD releases. All six movies have been released in a two-disc set from VCI and it has to be said that the transfers are pretty good. In fact the transfer of this particular movie is very good.

Mr Wong in Chinatown is bright and breezy and it’s fine B-movie entertainment with Karloff impressive as always. Highly recommended.

The first movie in the Mr Wong cycle, Mr Wong, Detective, is also well worth seeing.
Posted by dfordoom at 10:47 PM