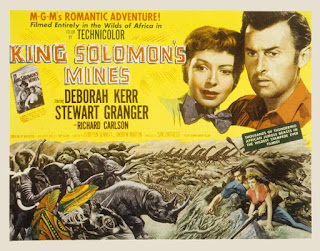 H. Rider Haggard’s King Solomon’s Mines has been filmed several times, notably in 1937 and 1950. There’s also a 1985 version with Richard Chamberlain. It is the 1950 version with which we are concerned today.

In the 1880s Allan Quatermain (Stewart Granger) is a celebrated hunter and safari leader. Quatermain is growing tired of it all, tired of the butchery of animals, tired of the people he has to take on safari, tired of Africa and tired of himself. He is tempted to give it all up and return to England. When he is approached by Mrs Elizabeth Curtis (Deborah Kerr) and her brother John Goode (Richard Carlson) to lead a safari to find Mrs Curtis’s missing husband he is not interested at all. He tells her he wouldn’t take on the job even for five hundred pounds. She then offers him five thousand pounds. He takes the job.

Her husband had been searching for a fabulous diamond mine reputed to be located in an unexplored part of Africa. He was sold a map showing the location of the mine. In fact many Europeans have been sold such maps and set off in search of riches beyond counting. Few of those Europeans have returned alive. 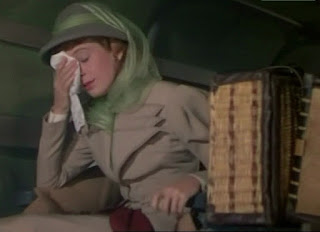 There’s also, naturally, romance. Allan Quatermain and Elizabeth Curtis hate each other at first sight, so we know there’s going to be a powerful attraction between them. Granger and Kerr handle this romance element very effectively. They have an unlikely chemistry but somehow it works. 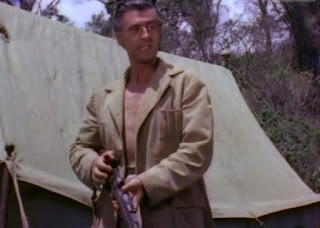 Stewart Granger was always an extremely effective lead in adventure films and this is one of his best performances. He’s noble, generous, heroic and possessed of a steely determination but he’s also given to self-pity and stubbornness. He’s a flawed hero and he’s flawed in genuinely interesting ways. Granger is utterly convincing and sympathetic.

Deborah Kerr does a fine job as well. Hugo Haas is very good as the villainous Van Brun.

During the course of the expedition Quatermain and his party are joined by Umbopa. No-one knows where Umbopa comes from or why he wants to join the expedition. He does however have a knack for making himself useful and while Quatermain isn’t quite sure whether to trust him or not he decides that it might be safer to have Umbopa with them rather than against them. 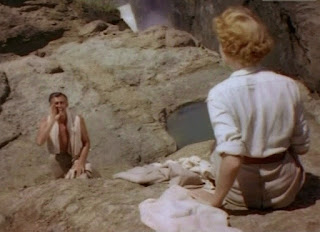 This is a movie that doesn’t worry too much about political correctness but it doesn’t need to. It’s quite nuanced and subtle. Of the many Hollywood movies made in Africa during the 50s and 60s this version of King Solomon’s Mines is perhaps the one that is most imbued with a deep love for Africa.

There’s some great location shooting. The movie was shot in Technicolor and it looks fabulous.

Haggard’s 1885 novel King Solomon’s Mines is one of the great adventure tales of all time. This movie certainly makes some significant changes to the plot. Hollywood obviously wanted a love story as well as an adventure story, which would probably have appalled Haggard. 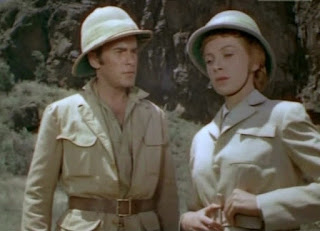 The 1937 film adaptation is not without interest. It’s quite highly regarded although it’s also not overly faithful to the book and for my money the 1950 version is better.

I saw this film on cable TV so I can’t offer any opinions on the Region 1 DVD (which seems to be the only DVD edition).

The 1950 King Solomon’s Mines was made by MGM and it’s very much a big-budget A-picture with a consciously epic feel to it. It succeeds pretty well. Recommended.
Posted by dfordoom at 8:47 PM