Norman Conquest was a bit like a poor man’s Simon Templar. The first of the Norman Conquest novels appeared in 1937 and was very obviously heavily inspired by Leslie Charteris’s Saint novels. Norman Conquest had the same devil-may-care attitude, he was also young and debonair and handsome, he had a similar schoolboy sense of humour, he had the same lack of respect for the forces of law enforcement, he had the same manic energy. He belonged to the school of dashing rogue heroes that produced not only Simon Templar but also the Baron, the Toff and Blackshirt. Compared to the dazzling stylistic pyrotechnics of Leslie Charteris Berkeley Gray was a bit more obvious and as bit more overtly trashy and pulpy. Having said that, the best of the Norman Conquest novels such as Miss Dynamite are a great deal of fun.

Bringing Norman Conquest to the big screen was a sound idea. The casting of the hero was always going to be crucial. In the event Tom Conway was chosen and while I’m generally quite a fan of Conway’s work he was unfortunately the wrong choice. At 49 years of age he was at least fifteen years too old. For the character to work he has to have the insane over-confidence of youth and he has to be essentially an overgrown schoolboy. Tom Conway looks much too old and tired. 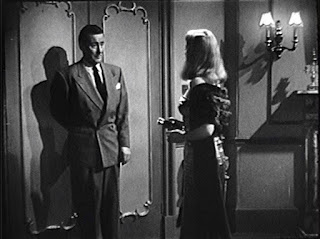 The plot gets off to a nicely crazy start. Conquest finds a message on a recently deceased carrier pigeon. It sounds like the sort of message a spy or a criminal would send. Setting up an appointment in a hotel room. Conquest decides that although it is none of his business he will keep the appointment.

What he finds in Room 605 of the Park Plaza Hotel is a glamorous foreign blonde. He doesn’t remember much after that since said blonde shoots him with a gun that shoots a knockout drug. When he awakes he finds his old acquaintance Superintendent Williams (Sid James) who gives him the less than welcome news that he is now a murder suspect. The victim either fell or was pushed from the window and the superintendent is inclined to believe the latter. 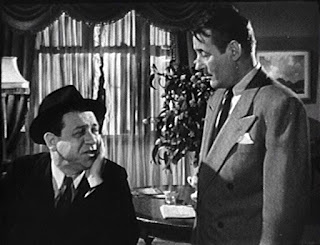 So far it seems like a spy thriller with a bunch of eastern bloc trade officials wanting to defect rather than waiting to be shot. But then we find it has something to do with diamonds and something to do with Nazis. There are multiple double-crosses. Conquest demonstrates a remarkable ability to get himself knocked on the head or drugged or captured and if it’s not Conquest getting captured by the bad guys it’s his wife Pixie. 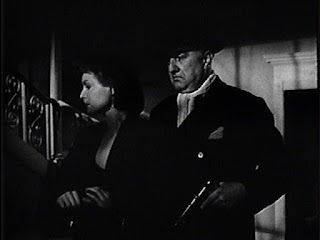 While Tom Conway was certainly too old for the rôle he does his best and he’s always a watchable actor. He very nearly pulls it off. He has most of the right attitudes to do so but those attitudes aren’t entirely convincing due to his age.

Eva Bartok is terrific as the mystery woman/femme fatale. She’s by far the best thing in the movie. She’s glamorous and sexy and wicked but also child-like and appealing and she’s amusing as well.

Before achieving fame as a comic actor Sid James was a busy and quite reliable character  actor and he does an excellent job here. Superintendent Williams fulfils the same function in the Norman Conquest stories as Claud Eustace Teal in the Saint stories - the long-suffering copper who dreams of nailing the smart aleck young upstart on some serious charge but we know it will never happen. 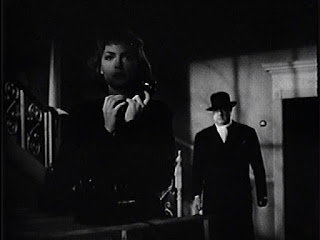 Since the books were very popular at the time it was presumably assumed that everyone would know where Pixie Everard fitted into the picture. In fact it soon becomes pretty obvious anyway.

As for the movie’s sexual politics, just remember that the past is a foreign country and they do things differently there and you’ll probably find it as amusing as I did (I like the fact that old movies reflect the times in which they were made).

As far as I know this movie is only obtainable as a DVD-R from Sinister Cinema. The image quality is not fantastic but it’s acceptable (with some slight print damage) and sound quality is mostly OK (with some occasional but not too serious crackling).

Norman Conquest is a lightweight B-movie. It’s meant to be fun and it is fun. Recommended.
Posted by dfordoom at 7:12 PM