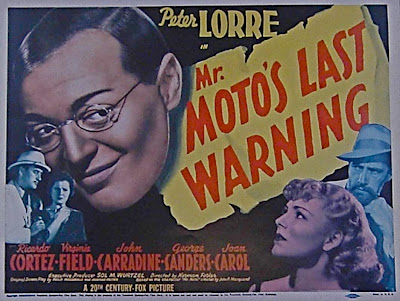 The other well-known Asian movie detectives were of course Mr Wong, played by Boris Karloff, and Charlie Chan. While they have all attracted criticism for having non-Asian actors playing the lead roles the interesting fact is that (based on the few I’ve seen) they don’t appear to be the slightest bit 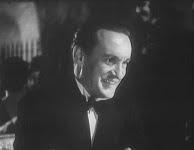 Mr Moto is perhaps the most interesting. Unlike the others he is Japanese rather than Chinese, and he’s something of an action hero! Mr Moto’s accomplishments are varied, including a considerable talent for stage magic, and they also include a mastery of judo. It’s odd but highly diverting to see a character played by Peter Lorre as an early martial arts hero.

Mr Moto is also more than a mere detective. He works for what appears to be a distant ancestor of Interpol, and is as much a secret agent as a policeman. In Mr Moto’s Last Warning he must foil a dastardly plan to poison relations between Britain and France by sabotaging the French battle fleet. The plot is absurdly far-fetched but it’s unquestionably amusing and entertaining. It’s set in Egypt but this is the 20th Century Fox backlot version of Egypt. 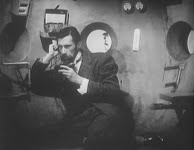 And the movie features a galaxy of fun B-movie acting talent. There’s Ricardo Cortez as a spymaster masquerading as a second-rate ventriloquist, Virginia Field as his warm-hearted criminal English girlfriend, George Sanders as a French spy and John Carradine as an English spy. There are countless outrageously bad accents.

The movie plays some amusing games with national 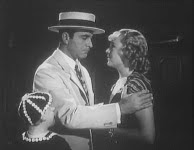 stereotypes. Mr Moto adopts a movie Japanese accent and persona for the benefit of the locals and the tourists when working undercover, but at other times he speaks faultless English. The national stereotype that comes in for the most outrageous lampooning is in fact the English.

Peter Lorre is a delight, as always.

It’s all silly fun, but thoroughly enjoyable.
Posted by dfordoom at 8:05 PM