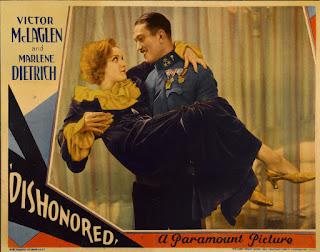 Dishonored, made at Paramount in 1931, was the third of the seven Josef von Sternberg films with Marlene Dietrich. While the subject matter of the seven films varied it’s important to remember that even to talk about the subject matter of a von Sternberg movie is to miss the point. His interest in the stories was at best marginal. What he cared about was the look, the style. It was the way the movies were shot, not what they were about, that mattered. He told Peter Bogdanovich that all of his films were abstract.

Marie Colverer is a woman of the streets in Vienna during the First World War. She picks up a man whom she assumes is just another client. He turns out to be Austria’s chief spymaster. He believes that Marie has what it takes to be a spy. So she becomes Agent X-27. She has always considered her life to be essentially worthless and for her this is a chance to do something that matters, something for her country. She is not a spy for money. She is motivated by love of country.

Espionage is a dangerous game but she likes excitement and she cares nothing about death. 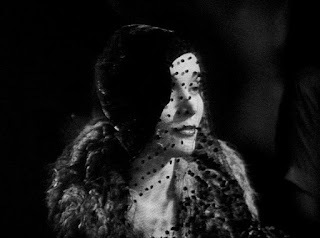 She is a very successful counter-spy, exposing some of Russia’s most dangerous spies, men like Colonel von Hindau (Warner Oland), and she is equally adept at working behind the enemy lines. She has however one weakness. She falls in love. Something a spy should never do. Even worse, she falls in love with a Russian spy, the dashing Colonel Kranau (Victor McLaglen). He has no intention of betraying his country and she has no intention of betraying hers. But where does her first loyalty lie - to Austria or to love?

The title was imposed by the studio, much against von Sternbeg’s wishes. He pointed out, quite correctly, that she never is dishonored. 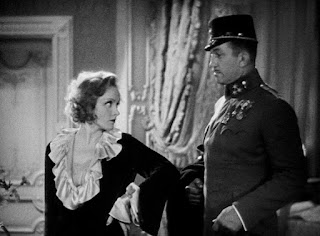 Dietrich always insisted that in these movies she had no idea what she was doing; she simply followed von Stenberg’s instructions to the letter. This may be so, but she followed his instructions superbly well. She is fabulous. Every gesture is just right. Whether the credit belongs to Dietrich or to von Sternberg it’s a great performance.

Victor McLaglen has a good deal of fun as Colonel Kranau, a man who combines ruthlessness and whimsicality; he does his duty but always with a twinkle in his eye. 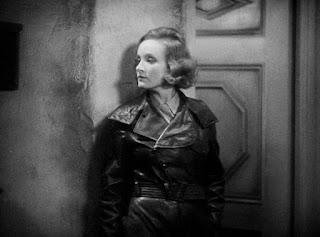 This is a less extravagant movie than The Scarlet Empress or The Devil Is a Woman but the characteristic von Sternberg stye is still very much in evidence. The masked ball is a glorious visual set-piece. Dietrich is a very glamorous spy but then what other sort of spy could Marlene Dietrich be? If you want a tough gritty realistic spy thriller you’d best look elsewhere. This is another of von Sternberg’s movies celebrating his obsession with Dietrich (they were lovers off-screen). It’s all about Dietrich. Which is fine by me.

If there’s any theme here it is perhaps that being a prostitute is excellent training for being a spy. Marie is motivated by patriotism but it’s still a grubby and cruel game, a life of cheating and lies, of deception. And spies get treated no better than prostitutes. 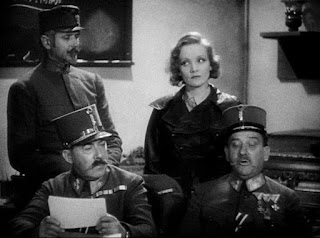 It might be very much a matter of style over substance but the style is more than enough to make this movie highly recommended.