I’ll Get You (AKA Escape Route) was one of three movies George Raft made in England in the early 50s for Lippert Pictures. These were low-budget pictures  but Raft’s career was not exactly booming at the time and this was the best opportunity on offer for him.

Its claims to being a film noir rest mainly on the black-and-white cinematography. Content-wise it’s a straightforward spy thriller with no traces of noir at all.

Scientists have been disappearing from various countries. When aircraft engineer Steve Rossi (Raft) vanishes from the airport shortly after arriving in London it seems reasonable to assume there’s a link. In fact Rossi has disappeared intentionally. He’s after a job and he needs to make contact with a certain Michael Grand. 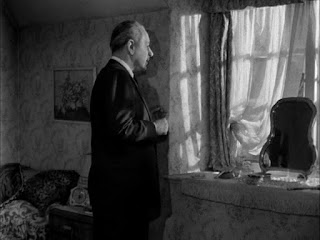 Grand proves to be a very difficult man to find. What Rossi does find is a woman, Joan Miller (Sally Gray). She’s not what she appears to be, but then neither is Rossi. Meanwhile Scotland Yard is conducting an intensive search for Rossi. Also involved in the case is British Intelligence and the FBI is interested as well.

This is a fairly routine spy movie. Rossi and Joan seem to have plenty of people after them, at least some of whom are intent on killing them. The suspense never really reaches an edge-of-your-seat intensity but for a low-budget production it’s entertaining enough. 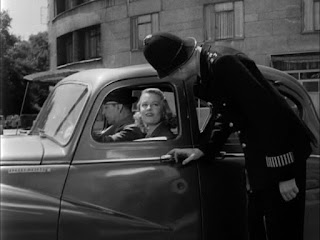 George Raft’s reputation as an actor has not lasted well. This was partly his own fault. He was good at playing heavies but those precisely the roles he turned down. He preferred to play heroes. Personally I’ve always rather liked him. He has a certain style and he knows how to wear a trench coat.

Sally Gray is solid if unspectacular as Joan Miller. Clifford Evans is an effective enough villain. 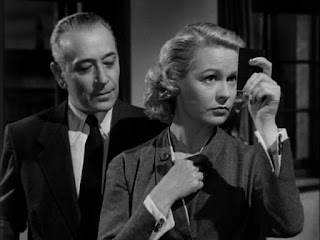 The movie makes good uses of London locations and if the direction is mostly workmanlike the climactic fight scene on the cargo lift is quite well done.

The plot twists won’t come as huge surprises and the espionage angle is not explored as fully as it might have been. 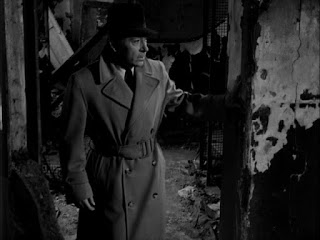 This is very much a B movie, and it’s going to appeal mostly to George Raft fans. If you fall into that category you’ll be pleased enough with the film. Otherwise it’s harmless enough if not overly exciting.

VCI have done an excellent job with the transfer on this one. It’s included in their Forgotten Noir boxed set. None of the six films in the set could be described as masterpieces but for the price it represents pretty reasonable value.
Posted by dfordoom at 7:53 AM