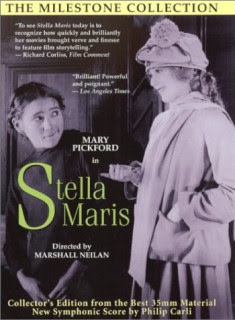 Stella Maris was one of Mary Pickford’s better known movies, and a huge box-office hit at the time of its release. Pickford was one of the biggest Hollywood stars of the silent era but this is the first of her movies that I’ve seen.

It’s one of those silent films where you really do have to make allowances for the time it was made. That is not true of all silent films, but it’s certainly true of this one. This is pure melodrama. Personally I enjoy melodrama but if you don’t you may find this one heavy going.

Pickford made what was at the time the bold decision to play dual roles. This required what were for the time fairly cutting-edge special effects. Pickford’s first role is as Stella Maris, a crippled girl whose doting guardians have sheltered her completely from everything that is cruel, unfair, ugly or in any way disturbing. She lives as a princess in a fantasy world, and like all good princesses she has a Prince Charming to worship her - in this case her distant cousin John Riska. Her second role is that of Unity Blake, a poor orphan girl whose experience of life is the exact opposite of Stella Maris’s - Unity has never known anything but ugliness, injustice, cruelty, squalor and misery.

John Riska might seem to Stella Maris to be a fairy-tale prince (she truly believes he lives in a castle) but he has big problems of his own. He is married, and very unhappily. His wife  Louisa (Marcia Manon) is a violent alcoholic who has made his life a living Hell. This being 1918 divorce is not an option. And John has been brought up with such a strong sense of duty that he would probably not take that option even were it available.

The worlds of the two lead female characters start to intersect when Luoisa Riska adopts Unity. She does this for purely selfish reasons - no servant will work for her so now Unity will be her servant. In a positively Dickensian scene Louisa brutally beats Unity. So brutally that Louisa is sent to prison. John Riska decides that the only honourable thing to do is to adopt Unity himself. 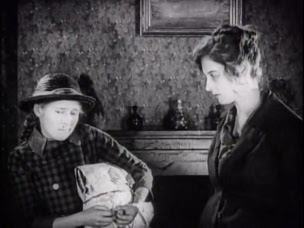 Meanwhile a team of top London surgeons have operated on Stella Maris and she is able to walk again. This is not an unmixed blessing since Stella Maris will now come face to face with the realities of life outside her fairy-tale castle. She will encounter suffering and injustice. This marks an early appearance of an element that would blight Hollywood movies for decades to come - social comment. And the social comment in this film is as clumsy and heavy-handed as it would be in countless films to come.

This is the downside of melodrama - everything is reduced to simple black and white. Social problems are wrong so they should be magically changed. Villains, like Louisa, are two-dimensional stereotypes. 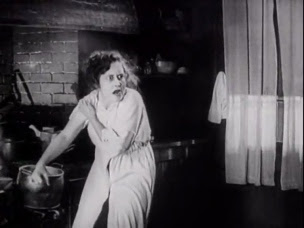 After being adopted by John Unity meets Stella Maris and to Unity she really does seem like a princess. But there is a complication - Unity has fallen in love with John as well.

Pickford’s performance is impressive and is the chief reason for seeing this movie. As Stella Maris her acting is quite modern and naturalistic. As Unity she sometimes indulges in the theatrical gestures for which silent movies are (somewhat unjustly) notorious. Without much in the way of makeup effects she is able to transform herself, mostly just through physical acting, into another person entirely. The movie does tend to portray Unity almost as a kind of religious martyr, a kind of saint of the slums. 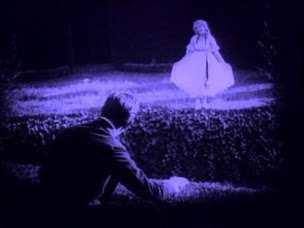 The other actors are adequate enough, although Marcia Manon’s performance as Louisa is not exactly subtle.

The public domain version I saw was in reasonably good condition, certainly quite watchable.

Stella Maris is worth a look if you have no problems with melodrama.