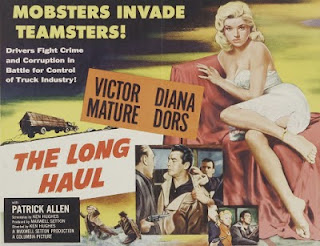 The Long Haul is an excellent and unjustly neglected British film noir from 1957. It’s a gritty and very dark movie concerning corruption and crime in the trucking industry. Victor Mature and Diana Dors are the stars. It was made by a small independent producing company and distributed by Columbia Pictures.

Harry Miller (Victor Mature) drives trucks for the US Army in Germany. When he is discharged he plans to return to the States but his English wife Connie persuades him that they should spend a few months in England first. Her family lives in Liverpool and her uncle can get him a job in his long distance trucking business.

Harry soon discovers that this industry is rife with crooked practices and gangsterism. Harry is an honest man and wants nothing to do with it but when his truck is hijacked he finds that no insurance company will touch him and that as a result he cannot get work. Then his friend Casey offers him a job. He tells Harry it’s slightly illegal. In fact it’s highly illegal and it all goes horribly wrong. 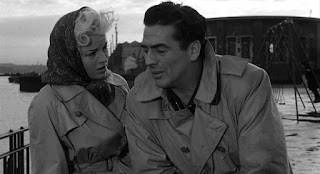 The prime mover behind most of the crime in the industry is trucking boss Joe Easy (Patrick Allen). Harry has already had a run-in with Easy and he is about to become involved with Easy in an unexpected and potentially very messy way. Harry has already encountered Joe’s beautiful young girlfriend Lynn (Diana Dors). When Lynn and Joe have a major fight Lynn takes flight in Harry’s truck. Harry has no intention of doing anything other than drive Lynn somewhere where she will be safe but one thing leads to another and they spend the night together.

Apart from causing Harry a lot of grief with both Connie and Joe Easy this also makes things difficult for Lynn’s brother Frank (Peter Reynolds) who works for Joe. 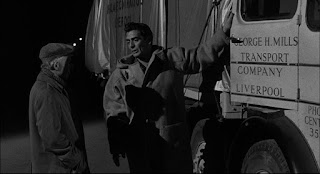 Harry is now sliding into the noir nightmare world. His one night stand with Lynn was bad enough but now she’s fallen in love with him. And he is being drawn deeper into crime. He simply cannot get honest work and then he discovers something that shakes him so much that he longer cares what happens to him. Harry is however basically a nice guy and he has a kid about whom he cares deeply. He also has to admit that he’s in love with Lynn. He thinks he’s given up but he’s not the kind of guy who really gives up.

This is classic film noir with a decent guy who becomes entangled in dirty dealings against his will, and his downfall is brought about by a femme fatale in the person of Lynn. Lynn is not an evil spider woman, in fact she’s basically decent as well, but fate has cast her in the role of the femme fatale. 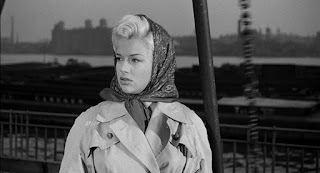 Victor Mature gave his best performances in film noir and he’s superb here. He is tough but sensitive, he doesn’t go over-the-top but his anguish is obvious as his life slips out of control. Diana Dors gives yet another fine performance confirming her position as the queen of British noir. Lynn has had a tough life and she is both hardboiled and vulnerable. She doesn’t want to wreck Harry’s life but she can’t give him up - he’s the first decent man she’s met. Mature and Dors generate convincing chemistry. Patrick Allen makes a very nasty villain. The supporting cast is very solid.

Writer-director Ken Hughes displays an instinctive feel for the world of film noir. The plot is nothing startlingly original but that could be said of most film noir. It’s the way the material is handled that makes for great film noir and Hughes handles the material with considerable skill. Basil Emmott’s black-and-white cinematography is another major asset. 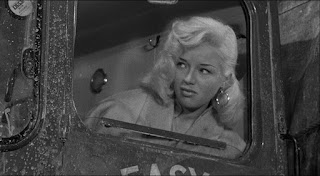 This would make a great double feature with Hell Drivers, another fine British trucking noir made in the same year.

The Long Haul is highly recommended as a fine example of British film noir. The superb performances by Mature and Dors make it a must-see movie.
Posted by dfordoom at 11:46 PM