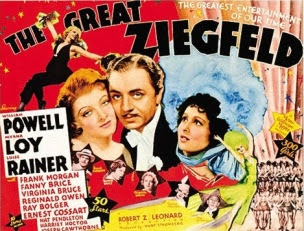 MGM’s 1936 production The Great Ziegfeld tells the life story of Florenz Ziegfeld Jr, The movie’s publicity describes him as America’s greatest showman and it’s hard to disagree. It’s a combination of biopic and musical filmed in MGM’s most extravagant style. It’s as excessive as the man himself, and just as fascinating.

Ziegfeld had his first success promoting a strongman at the 1893 Chicago World’s Fair. He achieved nationwide fame (and displayed his genius for publicity) launching the American career of Polish-French singer Anna Held, whom he married. His lasting fame is due to the Ziegfeld Follies which ran from 1907 to 1931. These were spectacular stage productions which launched the careers of many stars but they were most famous for their lavish musical production numbers featuring scores of showgirls. 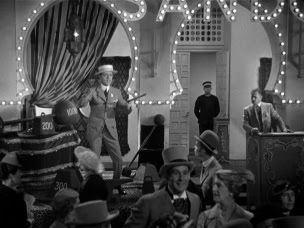 Ziegfeld worshipped beauty, and for him beauty meant beauty of the feminine variety. His aim was to combine art and beauty and to package it in a form that the public would go for. He had a great talent for making fortunes, and an even greater talent for losing them. He was always wildly extravagant, but that was part of his style and a very large part of his success.

He also staged other musicals, including a production of Show Boat that set new standards for musical theatre.

The movie takes a few liberties with details of Ziegfeld’s life but is generally regarded as being quite faithful to the man’s personality and style. 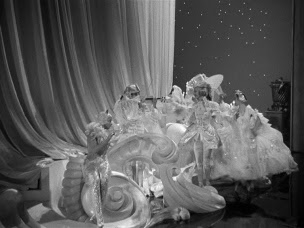 William Powell plays the title role and he’s an ideal choice. He has the charm, and he has that ability to portray a loveable rogue. He’s not scrupulously honest and he regards paying creditors as a necessary evil that should be put off for as long as possible. He steals talent from other impresarios, he loses money as fast as he makes it, but people still love him.

Myrna Loy shares top billing with Powell but that was largely because Powell and Loy had become such a big box-office draw. In fact her role is very much a supporting one, as Ziegfeld’s second wife Billie Burke, and she unfortunately has little to do. 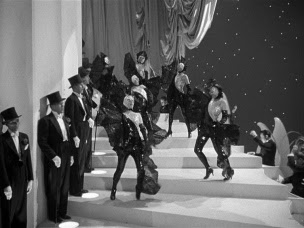 The real female lead is Luise Rainer who plays Anna Held. She goes wildly over-the-top but her performance works perfectly. She also provides much of the movie’s humour as she spends most of her time packing her bags to go back to Paris, something she does at least once a day.

The support cast is very strong, with Frank Morgan being particularly good as Ziegfeld’s friend and arch-rival Jack Billings. 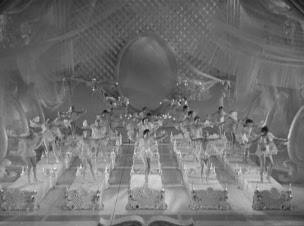 The musical production numbers are lavish to say the least. MGM pulled out all the stops and spent as much money on one musical number as Ziegfeld spent on an entire production. The MGM style is of course not dissimilar to the Ziegfeld style, which helps a good deal. This is a very different kind of 1930s musical to the very successful Warner Brothers backstage musicals. They were made in the typical Warner Brothers wise-cracking fast-talking almost hardboiled style, which suited them perfectly. The Great Ziegfeld is by contrast very much an MGM movie - sometimes sentimental, very romantic, very warm-hearted and very very lush. I don’t think any other studio could have done justice to Ziegfeld’s larger-than-life personality and style.

Robert Z. Leonard rarely gets mentioned when the great Hollywood directors are discussed but he was the kind of skilled craftsman who made the studio system work so well. There are no less than five cinematographers credited for this movie. Oliver T. Marsh was responsible for most of the movie but other cinematographers were brought in for some of the production numbers (including the great Karl Freund). They all approach their material in the MGM style and it works. 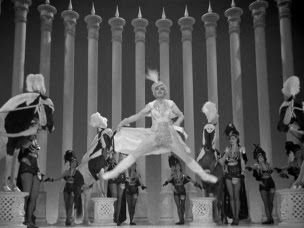 This is a glorious sumptuous feast of a movie. The running time of close to three hours is as excessive as everything else about the movie but it would be difficult to do justice to Ziegfeld without making a long movie, and it’s consistently entertaining. Highly recommended.

Warner’s Region 4 DVD looks extremely good and includes a brief documentary on the film.
Posted by dfordoom at 6:08 PM