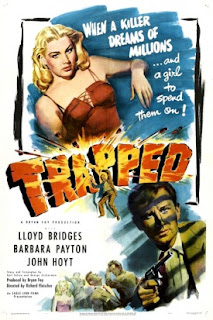 The varied and wide-ranging activities of the US Treasury Department provided material for many entertaining movies and television series in the 1940s and 1950s and Trapped is a typical example of the genre. As was the case with many of these movies it starts off with a semi-documentary introduction, but soon settles down into a typical crime B-movie of its era.

This is a low-budget production that was distributed under the Eagle-Lion banner and released in 1949.

Counterfeit bills, and very good ones, start showing up. Secret Service investigators instantly recognise them as being printed from the same plates that were used a few years earlier in a very major counterfeit operation. Tris Stewart (Lloyd Bridges) is currently serving a long sentence for his part in that operation. Secret Service agents offer him a deal. He still has seven years to serve but they’ll offer him immediate parole if he’ll lead them to the people now using his plates, but to avert suspicion from his old gang they first have to arrange a phony jailbreak for him. Stewart agrees to the plan. The deal includes having Stewart watched continuously by a Secret Service agent but being a stool pigeon doesn’t really appeal to him so he beats up the agent and escapes and strikes out on his own. 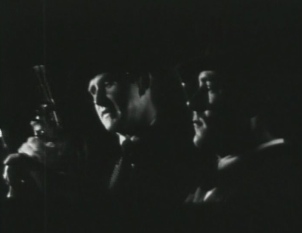 This is not a complete disaster for the Secret Service though. They’re confident he’ll hook up with his old girlfriend Meg Dixon (Barbara Payton) and they have her place bugged. Sure enough he does just that and pretty soon the Secret Service know exactly what his plans are. They’re happy to let him go ahead, knowing that he’ll lead them to the people now using his counterfeit plates.

An undercover agent, John Downey (John Hoyt) makes contact with Stewart and manages to convince him he’s an ideal business partner for a counterfeiting ring and it looks like the government men will nail the gang without too much trouble. That’s before things start going badly wrong. Maybe there’s still a chance that Stewart can be persuaded to play ball, but he’s an unpredictable quantity at the best of times and he hates cops so that’s a long shot. 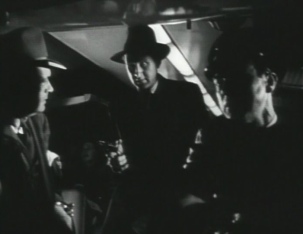 There’s nothing startling original about this movie. There’s also nothing that would really justify describing it as film noir. The film noir label is a reliable selling point but there were plenty of fine gritty an often quite dark crime movies made in the 40s and 50s that weren’t noir but are still very much worth seeing. This one belongs to the then very popular category of semi-documentary style police procedurals.

The low budget isn’t a major drawback. The production values certainly are not A-picture standard but they’re than adequate and the movie is well-paced. The 78-minute running time won’t strain the viewer’s patience and in general the movie is technically competent with some reasonable location shots. Most importantly it isn’t burdened by any unnecessary attempts at comic relief. 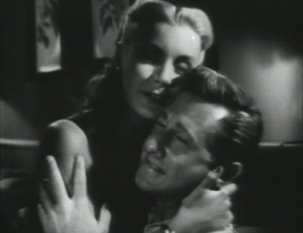 The underrated Lloyd Bridges gives a nicely gritty tough-guy performance as Stewart. Leading lady Barbara Payton is effective as Tris’s girlfriend Meg. Payton’s own life was more tragic than any film noir. After a series of disastrous relationships she ended as an alcoholic making her living as a prostitute and died at the age of 39. John Hoyt is solid enough as Downey.

Director Richard Fleischer would go on to much bigger things. He does a very competent job here, and the climactic scenes are expertly done. The movie has the characteristic dark and seedy feel of film noir although this is due more to the low budget than any actual intention on the part of the makers of the film. 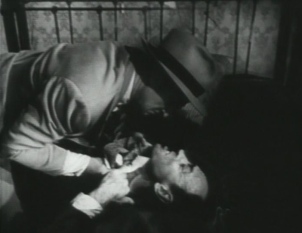 The name Alpha Video on a DVD case does tend to give one a sinking feeling but this is actually one of their better efforts. There is some minor print damage but the picture is fairly sharp without too much noticeable graininess. Contrast is not great, but the sound quality is quite good. Overall this particular DVD is of very acceptable quality for an unrestored print.

Trapped is a good entertaining crime B-movie and is certainly worth a look.
Posted by dfordoom at 9:54 AM