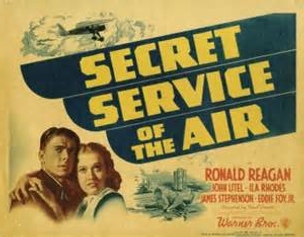 This movie gets off to a flying start, literally, with some great aerial scenes. The opening sequence in the monoplane bringing illegal aliens into the United States is pure B-movie magic. I won’t spoil it by giving any hints about what happens in this sequence. Then we get some great shots of a Clipper flying boat. OK, they’re stock footage, but if you’re an early aviation geek you’re going to be in bliss over the scenes of a Martin M-130 making a landing in San Francisco Bay. Brass Bancroft is the pilot of the Oriental Express Clipper service. 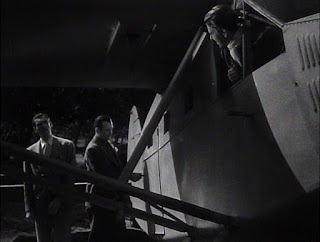 All this serves to emphasise that Brass Bancroft is an aviator, and a good aviator is exactly what the Secret Service needs on this case. They need to bust an alien smuggling ring wide open. To do that Bancroft will have to be on the inside and first he needs to establish his criminal credentials. The Secret Service arranges this by arresting him on a phony counterfeiting charge. In the penitentiary he makes contact with Ace Hemrich. The Secret Service is pretty sure Hemrich is involved in the alien smuggling racket and they’re right. Bancroft discovers that being a Secret Service agent is a pretty grueling business. You get mixed up in all sorts of criminal capers and you end up getting shot at by the police and of course there’s no way of telling the cops that you’re one of the good guys!

Brass gets himself into the gang when they find themselves short of a pilot and he finds that there’s danger in the air as well. Being in the Secret Service can also play havoc with your love life - dames aren’t always that well pleased when they see you being carted off to prison and when you’re sworn to secrecy you can’t tell them you’re not a real crook. 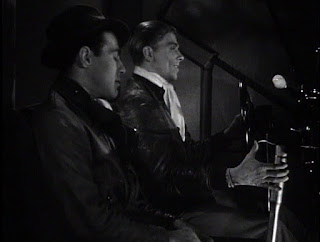 Providing the comic relief that Hollywood studios in this era believed to be so necessary is Eddie Foyle Jr as Brass’s radio operator on the Clipper, Gabby Watters. He keeps turning up unnecessarily and annoyingly throughout the movie and he’s painfully unfunny. The love interest is provided by Ila Rhodes as Pamela Schuyler, the daughter of the head of the airline for which Brass had been working. She’s quite adequate. The same can be said  for John Litel as Saby, Brass’s controller in the Secret Service.

Ronald Reagan is the star though and he does a fine job. He’s suitably heroic and he’s convincing in the action scenes and he comes across as the sort of likeable hero whose further adventures an audience would be happy to follow in further movies in the series. 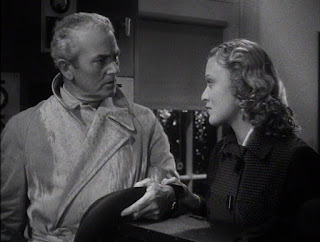 A thriller of this type obviously has to have plenty of action and this movie has that commodity in ample supply. There’s a rather impressive (by B-movie standards) car chase, there are gunfights and fist fights, and there’s aerial adventure and stunt flying. The plot may have a few holes in it but the pace is fast enough that an audience is unlikely to have time to worry over such petty details.

Noel M. Smith was an incredibly prolific director of low-budget features and watching this movie it’s easy to see why he was in demand. There’s no time for anything fancy in B-pictures like this; you just have to get on with the job and Smith does that and does it well. 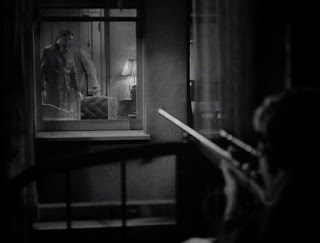 The Warner Archive Brass Bancroft of the Secret Service set has all four movies on two made-on-demand DVDs. The transfer on this first movie is extremely good.

Secret Service of the Air is a particularly fine example of the 1930s Hollywood B-movie - well-crafted, fast-paced, action-packed unpretentious fun with a likeable hero. What’s not to like here? Highly recommended.
Posted by dfordoom at 1:17 AM