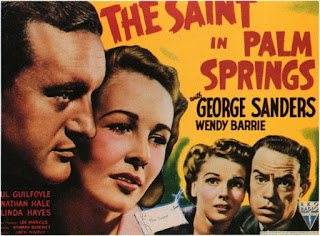 Simon Templar, alias the Saint, arrives back in the United States to find the police waiting to arrest him for murder. Or at least the police are going to attempt to arrest him. Needless to say they don’t succeed and in any case it all a ruse on the part of Inspector Henry Fernack (Jonathan Hale). Fernack wanted to get Templar’s attention and when he mentions three rare postage stamps, valued at $65,000 each, he certainly has that attention. An old friend of Fernack’s is bringing them into the country. They’re intended for this friend’s daughter but several attempts have already been made to steal the stamps and Fernack needs some reliable but strictly unofficial assistance.

The Saint soon discovers that whoever is trying to steal the stamps is very determined indeed, and will not hesitate to commit murder to get them. 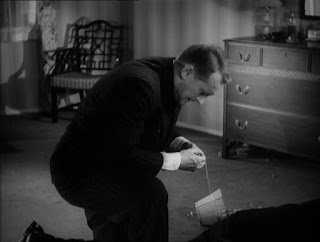 The daughter, Elna Johnson (Wendy Barrie) is in Palm Springs so that’s where Simon Templar is now headed.

The stamps will change hands a number of times as they get stolen and re-stolen and things get more complicated when Templar finds that there are more people after the stamps than he’d thought. The house detective at the hotel in Palm Springs, Clarence “Pearly” Gates (Paul Guilfoyle), is an old acquaintance of Simon’s. It might stretch credibility a little to imagine that a hotel would apply a convicted pickpocket as the house dick but then I guess it actually makes sense. No-one knows more about thieving than a former professional thief. Pearly’s skills prove to be rather useful to the Saint.

The plot is just complicated enough to keep the reader interested. 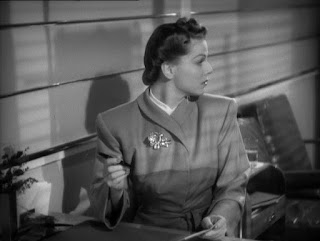 Jack Hively had a fairly brief career as a director of programmers like this and taking budgetary constraints into consideration he was quite adequate. Jerome Cady’s screenplay was claimed to be based on an actual Leslie Charteris story.

The movie was obviously shot entirely in the studio, presumably on a rather tight shooting schedule. It won’t convince anyone that it was actually filmed in Palm Springs but you don’t expect location shooting in a 1940s B-movie. Those who enjoy obviously-faked scenes using rear projection will be delighted by the horse-riding scene which is so obviously phony it could almost be intended as parody. Personally I find this sort of thing to be all part of the fun of the movies of this era. 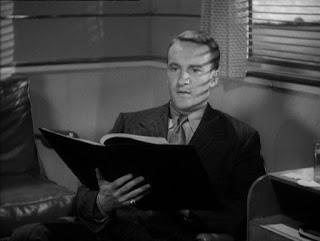 This movie gives Simon Templar a sidekick in the person of “Pearly” Gates. Gates’ main reason for being in the movie is to provide the obligatory and completely unnecessary comic relief, which he manages to do without being excessively irritating, but at least he does serve some purpose in plot terms. The other supporting players are as competent as you’d expect in a B-movie by a major studio.

The main attraction is of course George Sanders. He is perhaps not quite athletic enough but apart from that he is absolutely perfect for the role and he carries it off with his usual effortless ease. The Saint’s dubious early career as a criminal is downplayed somewhat but the movie does retain the suggestion that he has not always been on the correct side of the law. Sanders make the character more debonair and more cynical than the original and these subtle changes constitute, if anything, an improvement. 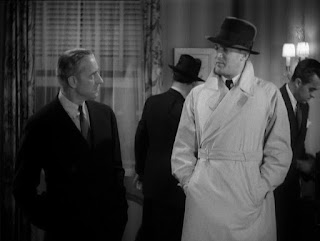 The Saint movies are a must for any fan of 40s Hollywood crime B-movies and The Saint in Palm Springs is a good example of the breed. It’s highly diverting if rather lightweight entertainment and it affords an opportunity for George Sanders to shine in a part that suited him so ideally that it could have been written specifically for him. Recommended.
Posted by dfordoom at 7:37 PM