Hell’s Half Acre is a 1954 film noir from Republic Pictures, and it’s one of the few examples of film noir in a Hawaiian setting. In fact it’s probably the only film noir set in Hawaii. It’s not a bad little B-movie.

Chet Chester (Wendell Corey) is a well-known and popular figure in Honolulu. He owns the Hawaiian Retreat hotel. He’s prosperous and he has a girlfriend named Sally Lee (Nancy Gates). But Chet Chester is a man with a past. Actually he’s a man with two pasts, and they’re about to collide.

In one past life Chet was Randy Williams, a young sailor who’d just married his sweetheart. After three days of marriage Randy had to leave to join his ship. His ship was the USS Arizona and it was December 1941. Randy Williams was killed in the attack on Pearl Harbor. At least that’s what US Navy records say, but his body was never found. Now someone from that life is looking for him. 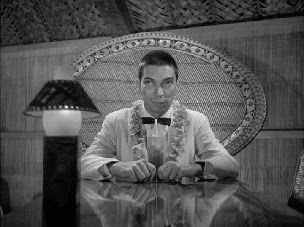 In another past life Chet was a racketeer during World War 2. He made a lot of money but after the war he decided to become a respectable citizen. He paid off his two partners and hoped that he would never see them again. Now someone from that past life is also looking for him.

This collision of past lives will lead to murder. In fact several murders. It’s not easy to escape the past and it’s even harder when you have two pasts to escape from.

Much of the action takes place in Honolulu’s red-light district, known locally as Hell’s Half Acre. Such a setting is ideal for a film noir, with just the right amounts of seediness and sordid glamour. 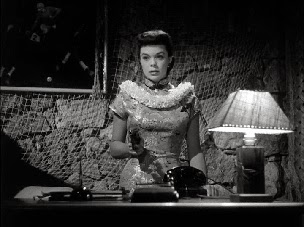 Wendell Corey makes a good noir protagonist. He has the right kind of defeated air about him. Even before things start to go wrong he looks defeated. He has the noir fatalism right from the start. When he tells Sally that he can easily get out of the mess he’s starting to get into the audience can’t help wondering if he really believes it or if he knows that the noir nightmare world has already claimed him.

There’s no femme fatale in this story, although Marie Windsor’s presence in the cast as the girlfriend of a small-time hoodlum adds to the movie’s noir credentials. The female lead is Evelyn Keyes (no stranger to film noir) as Donna Williams and she does a solid job. 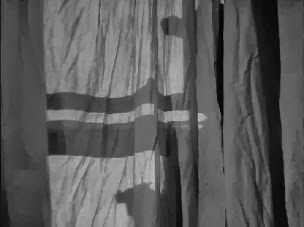 Elsa Lanchester provides some comic relief as a cab driver who befriends Donna. Fortunately she doesn’t overdo things and the comic relief does not wreck the movie. Leonard Strong as the sleazy informant Ippy who tries to play everybody off against each other steals every scene he’s in. Keye Luke is quite convincing as the Honolulu police chief, Chief Dan. Dan keeps trying to arrest Chet but he actually has quite a bit of sympathy for him. Dan is a good cop in a quiet unassuming way. He hasn’t allowed the job to embitter him.

Philip Ahn brings a certain simmering menace to his role as the movie’s chief villain. Robert Costa is so sinister as Slim Novak that it’s a pity he gets so little screen time.

John H. Auer directed a lot of B-pictures for Republic. He does a competent job here and uses the Honolulu setting effectively. The movie was actually shot in Honolulu, which helps. 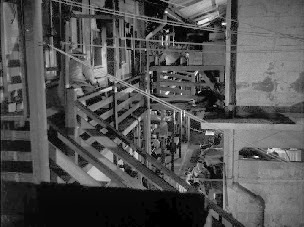 Of course the sleaze factor is played down, perhaps a bit too much. Taxi dancers were apparently the 1954 idea of the ultimate in sleaze and sin. Hell’s Half Acre doesn’t really come across as a very dangerous place. It’s more of a Sunday School teacher’s idea of a den of iniquity.

Steve Fisher’s script is effective, as you’d expect, although it would have worked better if the movie had been prepared to be a bit more down and dirty.

The Olive Films DVD is exactly what we expect from this company, a good transfer with no extras.

The movie’s main selling point is its novelty value, a film noir in a tropical paradise. Somehow a tropical setting always seems to work well when you populate it with desperate and defeated characters. This is strictly a minor noir but it’s entertaining enough. Recommended.
Posted by dfordoom at 3:11 PM