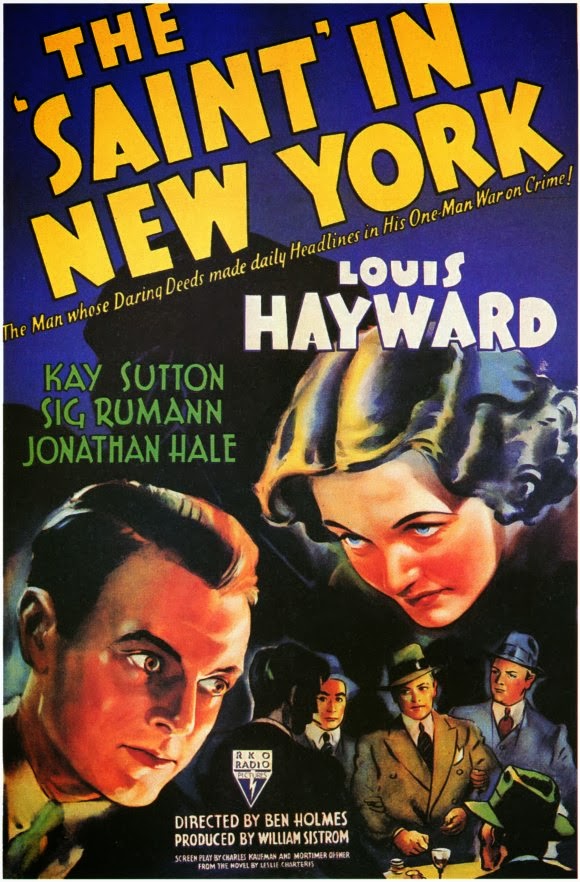 South African actor Louis Hayward plays Simon Templar in this first movie, after which George Sanders took over the role. Hayward would play the role again fifteen years later in Hammer’s The Saint’s Return (AKA The Saint’s Girl Friday).

In 1938 Hayward was perfect for the role. He was about the right age (not quite thirty) for The Saint of the 1930s and he had just about everything the role required. He was in fact a much better choice than George Sanders. Leslie Charteris thought Sanders was completely the wrong actor to play his hero, and he had a point. Sanders had the necessary smoothness and sublime self-confidence, and he had the right touch of moral ambiguity to play a hero who hasn’t always been technically on the right side of the law. Sanders however was just a little too languid and lacked the sense of physical menace needed for the role. He also did not quite manage to convey the sense of cockiness and recklessness that the Simon Templar of Charteris’s early stories had. Hayward has these qualities in abundance. He also has that very slight edge of craziness that makes the character complete. 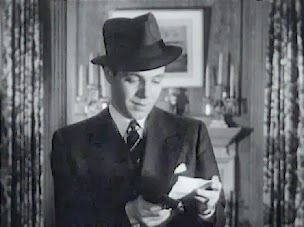 In fact Hayward’s portrayal may be the definitive screen version of Simon Templar. He’s certainly the actor who is the closest to nailing the character as he existed in the books written up to that date. The character of the books changed quite a bit over the years, with Roger Moore being perfect as the later slightly more world-weary version of the character. But Hayward is certainly very very good indeed.

From the mid-1930s Leslie Charteris spent more and more time in the United States, the Anglo-Chinese writer eventually becoming an American citizen in the 40s. Realising that the American market was likely to be very lucrative Charteris transplanted his hero to American settings. The movie reflects the new transatlantic incarnation of the character. 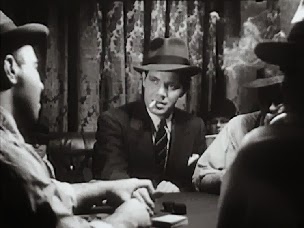 New York is suffering badly from the depredations of organised crime. Inspector Henry Fernack (Jonathan Hale) knows who the ring-leaders are and he is more than capable of arresting them. The problem is to make the charges stick in court, an insurmountable problem given that his key witnesses keep disappearing. The police commissioner decides on a bold strategy - the New York Police Department will (unofficially of course) employ the services of Simon Templar as a vigilante. He proves to be more like a one-man army than a vigilante. Pretty soon the top mobsters are dropping like flies. By the time the bodies turn up Templar is nowhere to be found, which suits the NYPD just fine.

The Saint has no trouble tracking down the mid-level racketeers but he’s not satisfied with that. He wants the the “Big Fellow” - the mysterious and anonymous gang boss who controls the whole operation. His best lead is Fay Edwards (Kay Sutton), a beautiful woman who seems to know an astonishing amount about the workings of organised crime in the city. What Templar has to decide is whether he can trust her or not. She is also not sure if he can trust him, but she does know she’s falling in love with him. 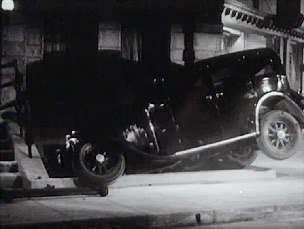 The movie captures the feel of the books surprisingly well. The Saint does not just operate outside the law, he often operates entirely contrary to it. He has little interest in legal niceties. He wants justice and if that requires him to act as judge, jury and executioner then that’s perfectly fine by him. If justice requires a few laws to be bent or even broken he’s not going to lose any sleep about it, as long as the bad guys get what’s coming to them.

Charles Kaufman and Mortimer Offner’s screenplay gives Simon Templar plenty of opportunities to demonstrate his prowess at rubbing out villains in colourful ways and in charming women, especially beautiful dangerous women like Fay. Director Ben Holmes doesn’t try anything too fancy but he keeps the action moving in a very satisfactory manner.

While the content is a long way from film noir that visual style of the movie anticipates the noir cycle of the 40s with plenty of dark and shadows, and it has an edge of moral ambiguity that was unusual in American movies of the 30s but would become much more common in the 40s in the movies that would later be labelled as film noir. The overall tone of the movie is darker than one would expect from a 1930s Hollywood crime movie. 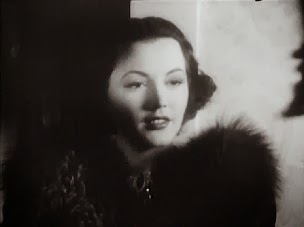 The Saint series would become a very significant money-spinner for RKO and this movie launches the series in fine style.

Odeon’s British all-region DVD release is barebones. It offers an acceptable if not fantastic  print. The good news is that it seems to be uncut.

Fans of Hollywood crime B-movies will love this one and fans of the stories will relish the opportunity to see Louis Hayward giving a terrific performance that really does justice to Leslie Charteris’s creation. Great entertainment. Highly recommended.