The Naked Truth (also known as Your Past Is Showing) is a 1957 British comedy and it’s a very good one. This one was recommended to me by a commenter to a previous post as being a particularly fine Terry-Thomas comedy, which indeed it is.

I was just a little bit put off when I discovered that Peter Sellers was also among the stars. Sellers is far from being one of my favourites. In fact he’s really not too bad in this one and luckily the rest of the cast is quite superb.

It’s a splendid idea. The smooth, charming but thoroughly unscrupulous Nigel Dennis (Dennis Price) publishes a scandalous gossip magazine but his main business is blackmail. Having dug up particularly embarrassing dirt on famous people he threatens to publish the results in his magazine, The Naked Truth. Most of his victims pay up but if they don’t it doesn’t really matter - he still makes money from them indirectly by publishing the details of their scandals in the magazine.

The scheme is cunningly organised in such a way as to make successful prosecution for blackmail almost impossible. 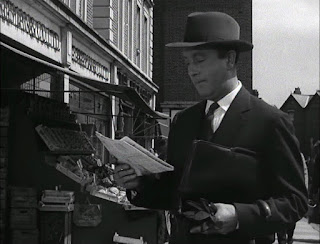 His latest victims include insurance executive Lord Marley (Terry-Thomas), popular television personality Wee Sonny Macgregor (Peter Sellers), detective story writer Flora Ransom (Peggy Mount) and young actress Melissa Wright (Shirley Eaton). As it happens the members of this latest crop of victims have one thing in common - they are not in a position to raise the money to pay Dennis off. Actually they have a second thing in common - they all (quite independently) decide to take drastic steps to deal with the blackmailer. All four will eventually come up with the same solution - murder. 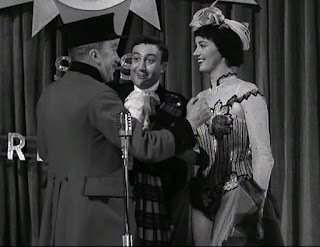 At least they are incompetent murderers as individuals, but as a team they might well do better.

They find themselves having to master other crimes as well as the plot builds to a clever climax which even manages to involve an airship!

My reservations about Peter Sellers are similar to my reservations about Alec Guinness as a comic actor. Both seem to me to be too self-conscious and to be trying too hard and they’re often very clever without being especially funny. In this case though Sellers is reasonably amusing. 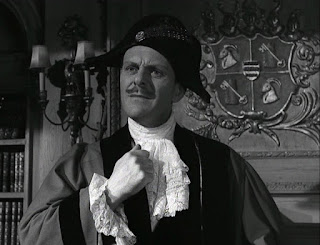 Terry-Thomas on the other hand is just about my favourite British comic of this period and he’s in dazzling form. This is Terry-Thomas in well-meaning likeable bungler mode rather than dastardly villain mode and this is the Terry-Thomas I prefer.

Peggy Mount is delightfully outrageous as the crime writer who is thrilled by the idea of carrying out a real murder and she gets fine support from Joan Sims as her incredibly nervous daughter who is a very unwilling but dutiful accomplice. Shirley Eaton proves herself to be more than capable when it comes to comedy and of course she adds a touch of glamour.

Dennis Price is a terribly underrated British actor of this era. His comic style was suave and understated which contrasts nicely with the bravura performances of the other stars. 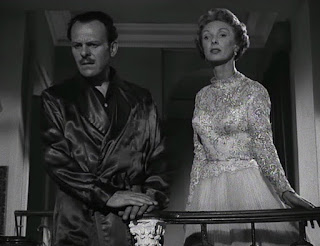 Italian-born producer-director Mario Zampi helmed quite a few classic 1950s British comedies, and did so very effectively. Michael Pertwee’s record as a comedy screenwriter was equally distinguished and his script for The Naked Truth gives the fine cast just the right material to work with.

The Region 4 DVD which I saw (part of a three-movie Peter Sellers collection) is barebones but the transfer is quite satisfactory.