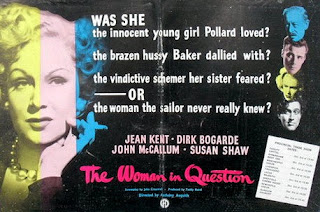 In the early 1950s a film appeared that took a revolutionary approach to narrative. It was a crime story, with the same events told from several different (and often contradictory) points of view. No, the film I’m talking about isn’t Kurosawa’s Rashomon, it’s Anthony Asquith’s 1950 British crime thriller The Woman in Question which (by a slight margin) predates Kurosawa’s masterpiece.

The Woman in Question has an apparently simple plot. The murdered body of Agnes Houston (who worked as a fortune-teller under the name Madame Astra) is found. The discovery is made by a small boy. He is the son of a neighbour, Mrs Finch (Hermione Baddeley). Agnes Houston had been heard having a violent quarrel with her sister Catherine (Susan Shaw) and with Bob Baker (Dirk Bogarde). It appears that Bob’s affections, initially directed towards Agnes, had recently been diverted towards her sister.

Superintendent Lodge (Duncan Macrae) interviews the various witnesses and suspects. Their accounts are presented to us in a series of flashback sequences. 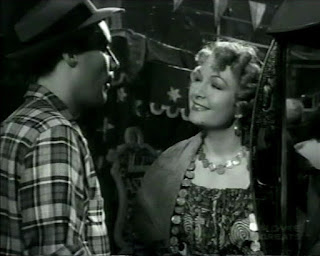 In Mrs Finch’s account Mrs Houston was a most respectable woman, unlike that hussy of a sister of hers. Mrs Finch also paints a very unflattering portrait of young Bob Baker. She also hints at the possibility that Catherine may have been on excessively friendly terms with Agnes Houston’s husband, who is now dying.

Catherine’s version of events is very different. Far from being a paragon of respectability it now appears that Agnes was much too find of the bottle and much too fond of men, and it also appears that she had been a less than ideal wife to her late husband. Catherine and Bob were innocent young lovers, if Catherine is to be believed.

Bob is the next to be interviewed. Not surprisingly his account is very favourable to himself, and not at all favourable to the late Mrs Houston. 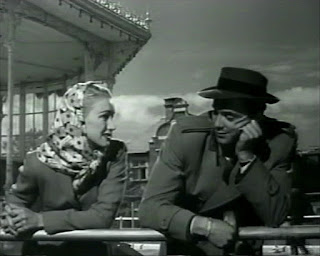 There are three other witnesses. There’s Mr Pollard, the mild-mannered middle-aged gentleman who runs the pet shop across the road from Mrs Houston’s house. His account makes it clear that he had hopes of marrying Agnes Houston after her husband’s death, but while this might be possible Superintendent Lodge also has to consider the possibility that the romance was strictly one-way, and if Pollard had finally realised that she had no interest in him other than in using him to do odd jobs and lend her money then he could conceivably be a suspect.

The fifth interview is with two girls who turned up on the night of the murder to have their fortunes told.

There’s one last possible suspect, an Irish sailor with whom Agnes Houston was very friendly indeed. He was also at her house on the fatal night, and he has his own version of the story as well. 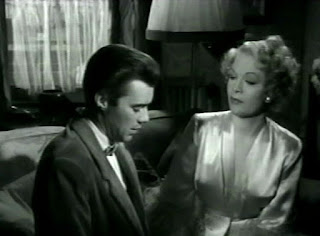 Superintendent Lodge believes that the only way to solve the case is to solve the mystery of Agnes Houston herself. Each witness has presented a different view of her, but which of those versions was the real woman? If they know that they will know who killed her. And, interestingly enough, both Superintendent Lodge and the audience do eventually get a fairly clear picture of her.

While the narrative structure is clearly very very close to that of Kurosawa’s film the intentions of Asquith and his scriptwriter John Cresswell are rather different. While the multiple perspectives are certainly used for straightforward detective story purposes they are also used as an opportunity for a great deal of sly humour and some acute social observation. On the whole The Woman in Question has a fairly light and rather witty feel to it. 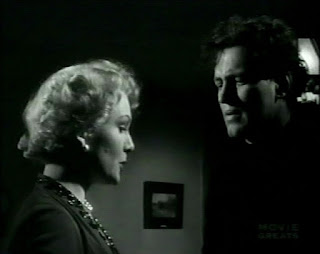 One of the big pluses of the multiple-perspective approach is that it gives the actors the chance to play the same roles, and the same scenes, in five different ways. They certainly seem to relish this chance. Jean Kent as Mrs Houston gets to be very prim and proper, and also to play her role as a slovenly drunk and as a shrewd and ruthless schemer. Dirk Bogarde gets to be a romantic hero, and to be a sinister bad boy as well.

The Woman in Question is an innovative and skilful piece of film-making. It’s also a clever and inventive murder mystery and an amusing and witty exploration of the various faces that we present to the world, and how the world sees us. Very highly recommended.
Posted by dfordoom at 12:26 AM