Mark Stevens had a long if not spectacularly distinguished career as an actor, and a somewhat abbreviated career as a director. In spite of this he managed to direct two bona fide film noir classics, Cry Vengeance (1954) and Timetable (1956). It’s Timetable with which we are concerned here.

Timetable is a tricky movie to review. There’s a very big twist at the midway point and even to hint at the nature of that twist would spoil the movie and I’m certainly not going to do that. So I’m going to keep things very very vague indeed.

The film opens with an extended heist sequence which is truly excellent (and it’s on a train which is even better). The heist is meticulously planned and executed and Stevens directs this sequence with total confidence.

We then get introduced to the two men tasked with tracking down the robbers, railway cop Joe Armstrong (King Calder) and insurance investigator Charlie Norman (Mark Stevens). It looks like a perfect crime but Joe isn’t too concerned about that - he’s arrested plenty of guys who thought they’d planned the perfect crime. No matter how good the plan, sooner or later something somewhere will go wrong and it will start to unravel. The more elaborate the plan, the more things there are to go wrong. And this was certainly an elaborate heist, involving a hijacked ambulance and a stolen helicopter! 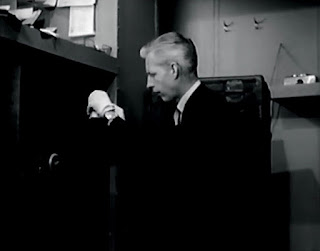 Up to this point Timetable has given the impression of being one of those crime movies to which the noir label gets attached even though it isn’t noir. It starts as a heist movie then seems like it’s going to settle into being a police procedural. But don’t worry, once the big twist kicks in it gets very noir indeed.

Stevens really does an assured job with this film. It’s beautifully paced, it has that great opening heist, it has a fine extended action climax and the noirness builds remorselessly. Aben Kandel’s very solid and quite literate screenplay helps a good deal. There’s some decent semi-hardboiled dialogue too.

There’s nothing startlingly new here but everything is tightly constructed and holds together perfectly.

It doesn’t go overboard with the noir visuals but there’s enough to get the right atmosphere, and the action finale is very noir. 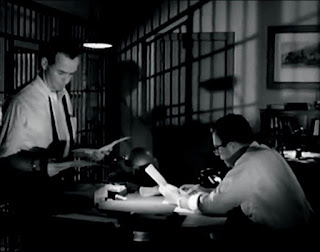 Stevens also does a pretty good job as lead actor. It’s a complex role, playing a man under a great deal of pressure.

The whole cast is extremely good. Wesley Addy is particularly good as the very smooth thief masquerading as a medico, but his smoothness is all on the surface and underneath he’s ready to fall apart under the slightest stress.

There has to be a femme fatale and Felicia Farr fulfils that role satisfactorily. Whether she’s really a true femme fatale or just a woman who happens to serve as a catalyst for trouble is debatable but that touch of ambiguity is a plus rather than a minus. 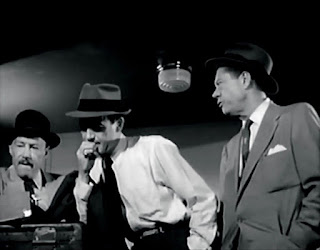 Alan Reed (better known as the voice of Fred Flintstone) is excellent, mixing bravado with weakness quite nicely. King Calder is one of those actors born to play cops and he’s terrific.

Look out for Jack Klugman giving a great performance in a very small early role.

While the focus is on Charlie all of the characters have at least some depth to them, and in their very different ways they’re all believable. They’re not just doing things because the plot requires them to do so - their actions are plausibly motivated. 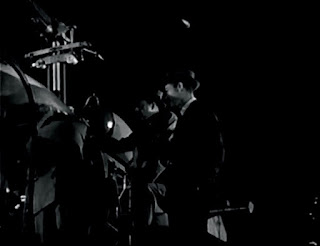 The only available DVD release appears to be the one from Alpha Video. By Alpha Video standards the transfer is passable. It’s quite dark in places but since this is film noir that doesn’t matter to much.

Timetable is a very well-made and well-acted movie, with production values that are perhaps just a bit better than the usual B-movie standards, and most importantly this is a full-blown film noir. Highly recommended.

Stevens’ earlier Cry Vengeance is also well worth a look.
Posted by dfordoom at 9:40 PM