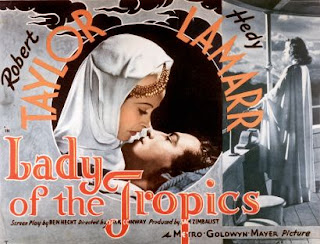 Lady of the Tropics pairs two of the most gorgeous stars of the era, Robert Taylor and Hedy Lamarr. It’s a love story with an exotic setting and it has the further advantage of the famous MGM gloss. Which may be why this 1939 romantic melodrama isn’t generally all that highly thought of. There seems to be a suspicion that it’s a movie that is pretty but somewhat empty (and it’s unfortunate and in my view somewhat unfair that both of the movie’s stars have a bit of a reputation for being pretty but somewhat empty as well). This is very much an MGM film and it has the studio’s characteristic look and feel. It really does look superb.

Bill Carey (Robert Taylor) is young, well-educated, good-looking, charming and penniless. Being penniless isn’t too much of a problem. He survives by being a kind of professional house-guest, his accomplishments ensuring him a welcome among the wealthy. There is no doubt that sooner or later he will snare himself an heiress. In fact he’s well on the way to securing such an heiress when the movie opens. 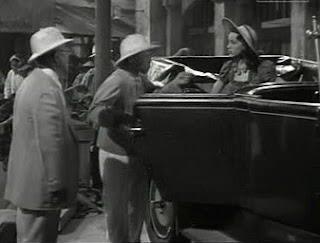 At the moment he’s not so much a house-guest as a yacht-guest. The yacht in question has called at Saigon and it is there that Bill encounters a stunningly beautiful French girl, Manon DeVargnes (Hedy Lamarr). The problem is that Manon is “not quite French” - she is half-French and half-Vietnamese. She moves uneasily between the European and Vietnamese worlds but is not at home in either world. She would very much like to be part of the European world. It is something to which she has given a great deal of thought. To become part of the European world she will need to find a husband who is both European and wealthy. Bill Carey would have been ideal if only he had not been penniless.

Manon knows it would be very foolish to become involved with Bill. It cannot end well for either of them. But of course they fall in love anyway. They intend to get married and Bill will take Manon back to America with him. Things do not turn out so smoothly. Bill and Manon find themselves trapped in a bureaucratic nightmare when Manon is refused a passport. 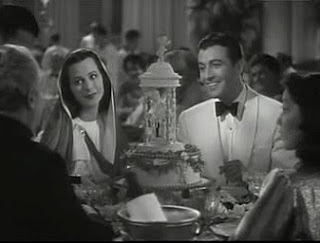 This was a movie that was always going to have to tread carefully as far as the Production Code was concerned. Apart from being not quite French there is also the faint suspicion that Manon might not be quite respectable either. There is also a definite suggestion that rules of morality may have been slightly relaxed in the tropics. Lady of the Tropics does its best to deal sensitively with its subject matter although Ben Hecht’s screenplay does get a bit preachy, always a problem with Hollywood movies.

Modern viewers are likely to focus on the doomed inter-racial romance but the plot is actually not quite that straightforward. It’s Manon’s difficulties with the French authorities that drive the plot to its inevitable conclusion but it’s worth noting that these difficulties are caused more by the not quite respectable aspect of Manon’s character than the not quite French aspect. Whether she is actually a courtesan or has simply been the mistress of powerful men is not entirely clear. It’s also worth noting that Manon does have a habit of being economical with the truth, and even out-and-out deceitful. That’s what makes the movie a bit more interesting - Manon is not just an innocent victim of social prejudice, she has created some of her own problems and when she feels trapped her instinct is to lie. She’s a sympathetic but very much a flawed heroine. 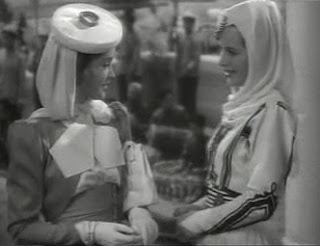 One of the great attractions of classic movies is the way they evoke vanished worlds. The world of French Indo-China, indeed the whole world of tropical colonial outposts, is certainly a vanished world and it’s a seductive and magical world as well. And of course this is not Saigon in French Indo-China in 1939, this is Saigon in Hollywood in 1939, so it’s a vanished world that perhaps only ever existed in the imagination anyway. To me that just makes it more seductive and magical.

Robert Taylor seems to me to be a terribly underrated actor. He got a lot of lightweight roles but his performances were always more than adequate and on those occasions when he landed meatier roles he was often very impressive. This is not one of his more demanding roles, being pure melodrama, but I can’t really see how his performance can be faulted. 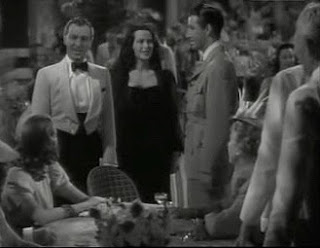 Hedy Lamarr often ended up in roles that required her to play the exotic beauty, probably because she was very good at doing just that. In those days Hollywood didn’t worry too much about accuracy when casting exotic roles so when they needed someone to play a half-French half-Vietnamese girl they decided that since Hedy Lamarr was Viennese and Jewish she’d be ideal! I’m inclined to think that there was a lot to be said for Hollywood’s approach. Lamarr doesn’t look Eurasian but she surely looks beautiful and she has a slightly detached slightly low-key acting approach that makes her seem like a woman who is not entirely comfortable in her own skin, and like a woman who is consciously playing a role. For me that makes her performance work and that’s all I care about.

Lady of the Tropics has been released on made-on-demand DVD in the Warner Archive series. I caught this one on TCM so I can’t comment on the DVD transfer.

I’m always suspicious of Hollywood movies dealing with “social problems” since they’re almost invariably clumsy, obvious and heavy-handed but Lady of the Tropics is less heavy-handed than most. It is certainly overheated and melodramatic but for me those are features not bugs. It looks splendid and Lamarr’s odd but interesting performance adds interest. I think this one is worth na look. Recommended.
Posted by dfordoom at 12:04 AM